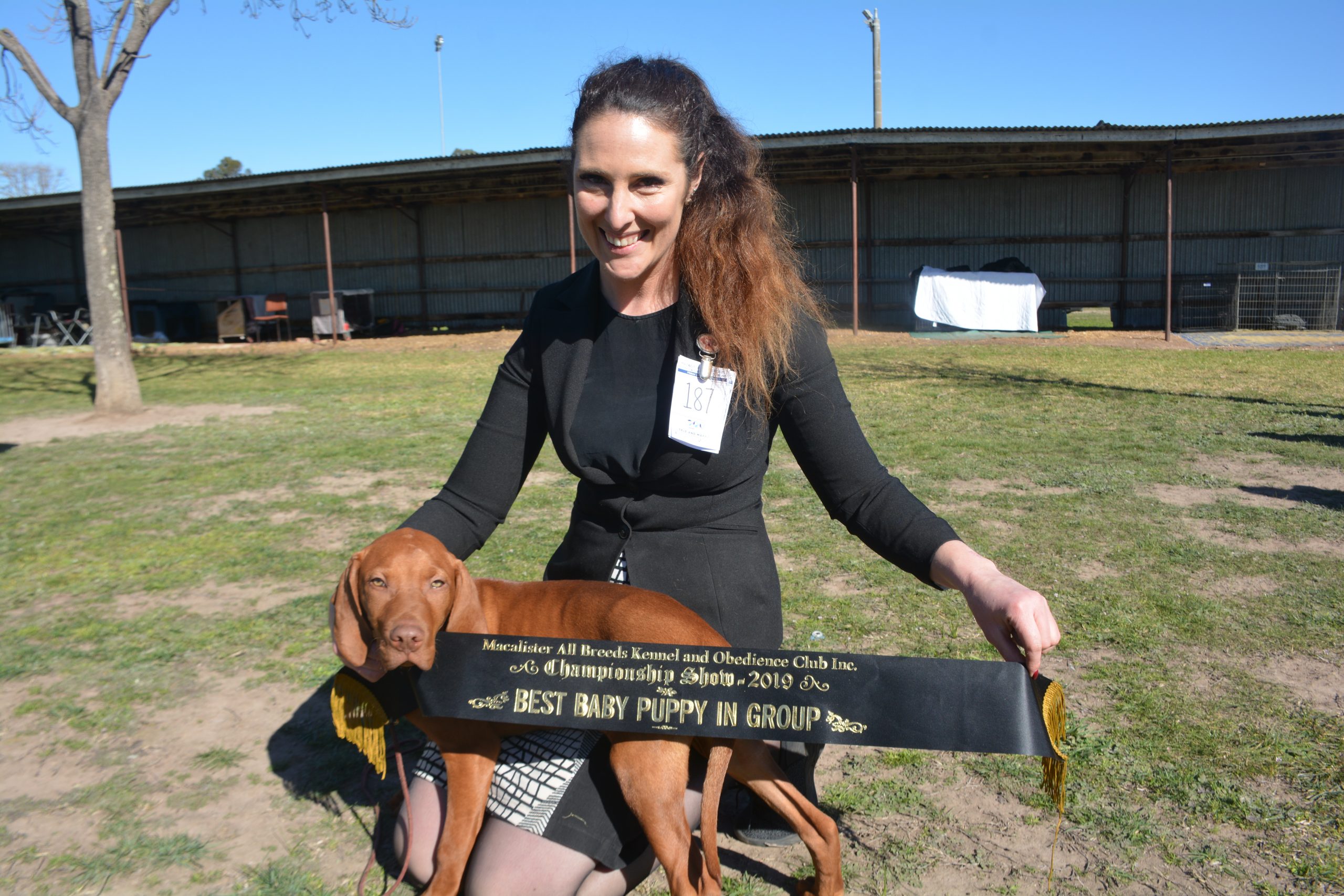 DOG owners from all over Australia converged on Maffra Showgrounds from Friday to Sunday, for the annual Macalister All Breeds Kennel and Obedience Club and Sale-Maffra and District Kennel Club Championship Show.

The show was part of a long line-up of similar shows held across the state throughout the year, which serve as a way for potential owners to evaluate dogs for breeding purposes.

Dogs of all breeds were on display, including the 2018 World Dog Show best in show.

Dogs are entered into categories which align with a particular ‘breed standard’.

To narrow down the best dogs, the breed standard is incredibly specific, with some even stating what colour eyes dogs must have.

Once the dog is entered, it takes place with its owner alongside others in a particular group, where a sole judge then makes a decision on which dog best conforms to the relevant breed standard.

Dogs are judged on their overall presentation, as well as the way they walk and behave.

A favourable opinion from a judge at a prestigious dog show can be taken as an indication of merit, and many breeders even consider it a prerequisite for breeding.

Across the three days of competition at Maffra, judges from Ireland, Taiwan, New Zealand and the Philippines evaluated a number of dogs in groups such as terriers, gundogs, hounds and working dogs.

One of the judges, John Muldoon, who has been judging dogs since 1983, said the sport kept him interested as he was constantly learning.

“We have to study which way a dog is supposed to move, because movement is very important,” he said.

“If the dog cannot move right, it also has a problem health-wise.

Best in show on Friday was a Maltese, followed by an Old English Sheepdog on Saturday and a Jack Russell Terrier on Sunday.

Confirmation dog shows are not without their detractors, with critics believing the practice of breeding dogs for shows is done solely upon appearance, which can be seen as detrimental to developing any working qualities and as a promotion of eugenics.