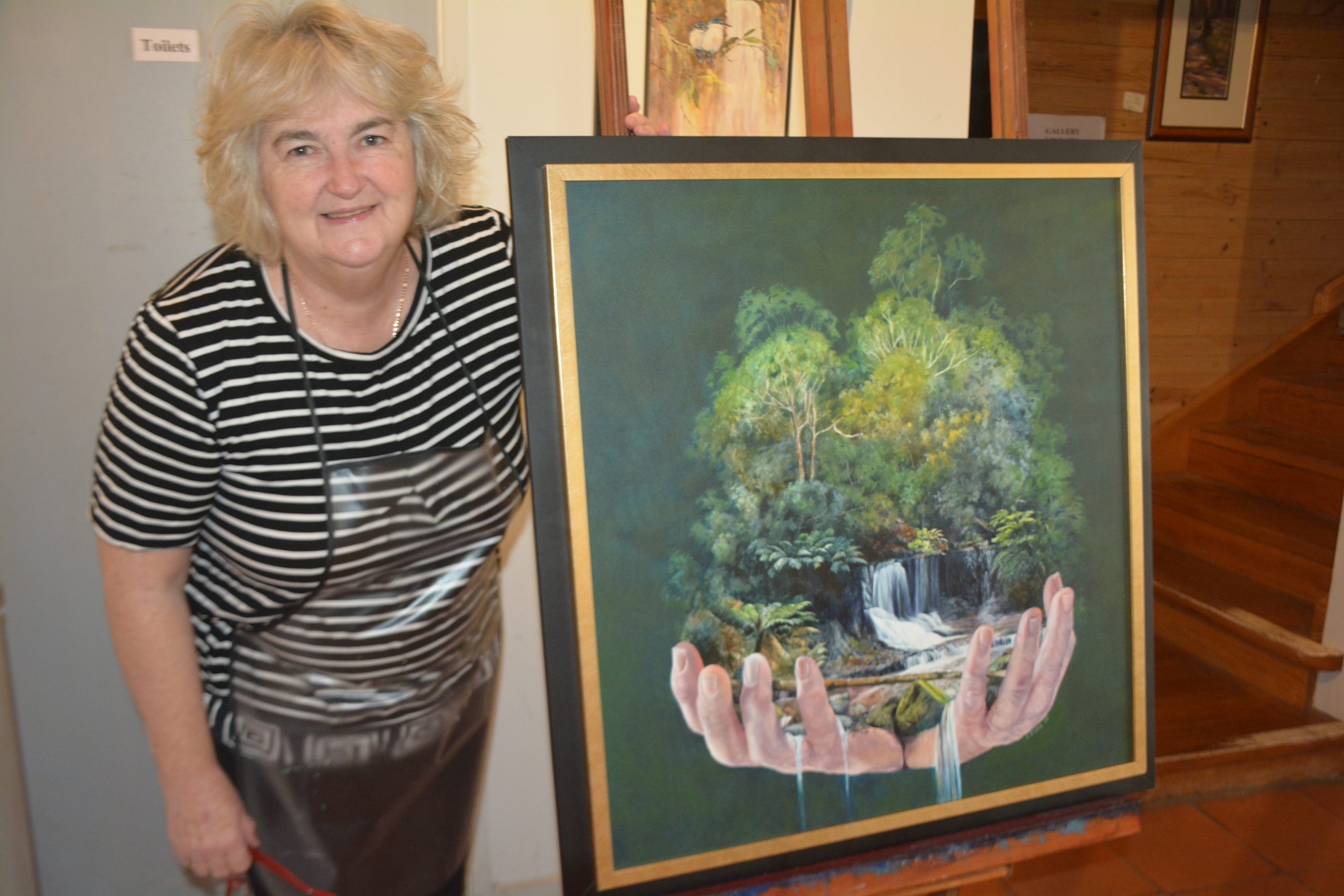 A GIPPSLAND artist passionate about wildlife is spearheading a campaign to highlight the looming threat of species extinction, and what she says is a “lack of governmental support” to reverse it.

Wildlife artist Dawn Stubbs has rallied more than 50 artists from Gippsland and around the state to spread the message that urgent action is needed to reverse Australia’s dubious reputation as the leader in species extinction.

One of their first projects will be to give a box of wildlife art to Gippsland MHR Darren Chester to present to federal parliament.

“We know that Australia has a shocking record of flora and fauna extinction, and it hasn’t been enough to just talk about it and hope that politicians will do something about it,” she said.

“It passed the time when laws need to be considered to protect the environment and the wildlife that is left, so we have to push for action now to stop habitat loss, environmental destruction and wildlife deaths.”

Ms Stubbs, who has won many awards over the past 37 years for her stunning wildlife art, said artists were heeding her call to action and committing to being part of the CARE campaign for change through art.

She said she believed the grassroots movement – which stands for Concerned Artists Resisting Extinction – could bring change, just like the civil rights movements of the 1950s and many other people-led campaigns in history.

Other planned CARE projects include an exhibition in Sale in 18 months, featuring about 100 drawings, paintings, prints, sculptures, multimedia and performance pieces.

Ms Stubbs said artists will each feature an endangered species, to create a significant artwork as part of the Gippsland Art Gallery exhibition.

There are also plans for public peace rallies to take the message into communities, along with the Australian arm of the Extinction Rebellion movement – a socio-political movement using civil disobedience and non-violent resistance to protest against climate breakdown, biodiversity loss, and “the risk of social and ecological collapse”.

“We are already close to losing more local species, such as the greater glider through habitat destruction, and it’s got to stop,” she said.

Ms Stubbs hoped Mr Chester would take the message to parliament, and could be the agent for change that many Gippslanders were desperate for. Gippsland is home to almost 200 threatened species, including greater gliders and powerful owls, the azure kingfisher, long-footed potoroo, swift parrot, brush-tailed rock wallaby, eastern Pygmy-possum and the grey-headed flying foxes, while many are also critically endangered, such as the Baw Baw frog, of which there are only about 200 left in the wild.

Mr Chester confirmed he would take the artists’ concerns to parliament, saying members of Parliament were “representatives of all of the constituents in our electorates and provide a direct link between constituents and the parliament”.

“Part of my role as the Member for Gippsland is to represent the concerns of my constituents to the relevant government ministers on a range of matters,” he said.

Extinction Rebellion is made up of activists who try to rally support worldwide around a common sense of urgency to tackle climate breakdown.