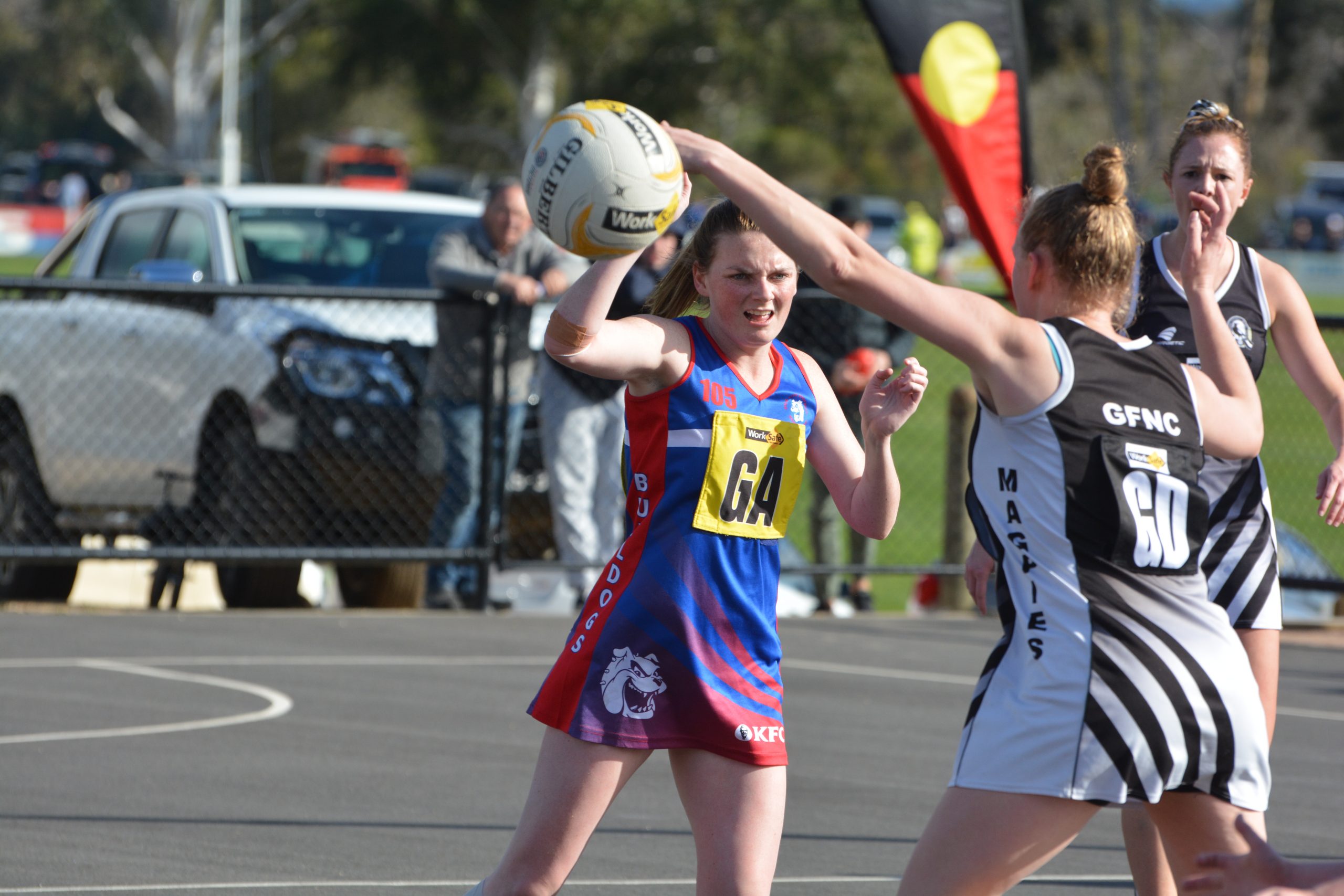 In the elimination final at Stephenson Park on Sunday, the Bulldogs and Glengarry were level 34-34 after four quarters. The Bulldogs had the edge after the two extra periods, winning 44-43.

The Bulldogs will advance to the first semi-final this Sunday at Glengarry, where they will play Yarram.

The Demons will be looking to bounce back from a 47-33 loss to Woodside in Saturday’s qualifying final at Heyfield.

Woodside will play minor premier Rosedale in the second semi-final this Saturday at Rosedale.

In B grade, Glengarry defeated Rosedale 39-35 in the qualifying final, and will play Sale City in the second semi-final.

Woodside defeated Traralgon-Tyers United 50-49 in the elimination final, and will play Glengarry in the first semi.

Cowwarr defeated Heyfield 28-19 in the C grade qualifying final, earning it a second semi-final against TTU.

Sale City ended Rosedale’s season with a 38-30 victory in the elimination final.

In the under 17s, Heyfield won the qualifying final against TTU 29-27, advancing it to the second semi-final against Yarram.

Sale City will play Heyfield for the first spot in the under 15s grand final, after the Kangaroos defeated Churchill 48-17 in the qualifying final.

Under 15s: Churchill v Glengarry, 9am.