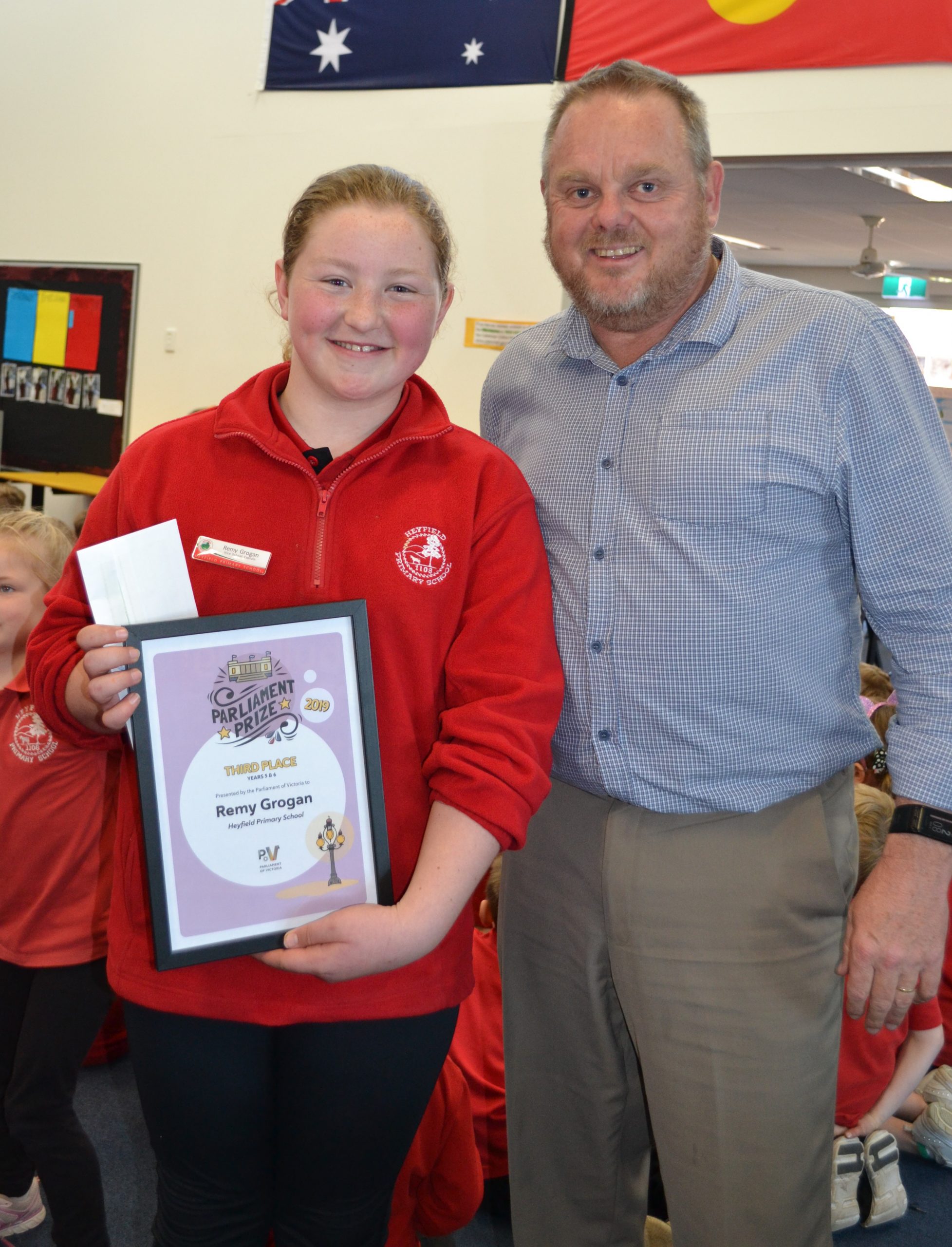 Students were asked to deliver a 90-second members statement on a topic they wished to raise in parliament, and Remy’s ranked third in 589 individual entrants from 113 schools statewide.

Remy chose to discuss the need for a safe bike path to negotiate the 100 kilometre an hour narrow Licola Rd from Heyfield to Lake Glenmaggie – a road which fellow students travel each day on their way to school.

The submission was presented in video format which was directed and edited by Remy.

Her entry now doubles as a proposal for Wellington Shire Council’s consideration.

Heyfield Primary School had three of its students’ submissions making their way into the final round of judging.

In a whole of school assembly where Remy was presented her award by Gippsland East MLA Tim Bull, high praise was also extended to Lachlan Powney and Lily Reynolds for their entries which narrowly missed the podium.

“Her personality really shone through, all the while delivering her message in a fun and creative way and full credit to her mum who acted as camerawoman,” Mr Bull said.

“After watching all three submissions from Heyfield Primary School, I was particularly impressed that all students chose to discuss local issues, and all were of a very high standard.

“Remy has raised a genuine concern which is experienced every day for some students at Heyfield Primary School, who ride to school.”

Mr Bull said the local issue, presented in a mature and well-reasoned statement, was a convincing approach.

A bike path was pitched as a solution that would improve safety and allow people to enjoying the outdoors.

“The best part of the day was seeing the smile on her face when I handed over a cheque which accompanied the award,” Mr Bull said.

“It was a priceless expression – an unexpected benefit for outstanding effort.

“Empowering young people to identify issues that concern them and raise them in a public forum is a great learning opportunity.

“I applaud the teachers at Heyfield Primary School for the wonderful work they continue to do in encouraging our country kids to think big.”