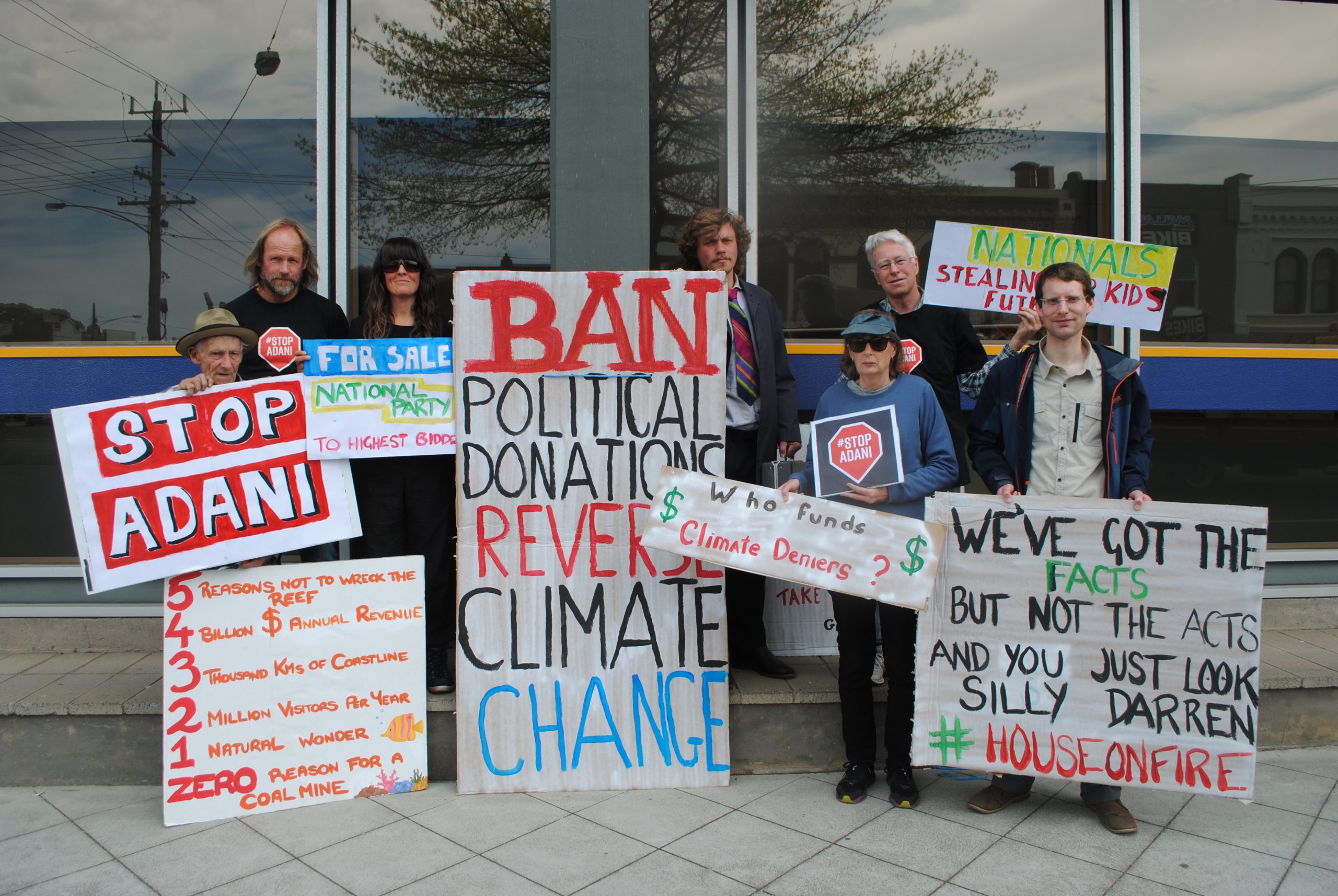 A PUBLIC holiday was not going to a stop a small but passionate group rally for an end to donations to political parties.

The group rallied in front of Gippsland MHR Darren Chester’s Sale office on Friday, concerned by the sway donors have on politicians, particularly on decisions relating to fossil fuels.

One of the protestors, Ian Onley, said they were encouraging Mr Chester to help get “dirty money out of politics”.

“Big donations are going into political parties, and as a result they’re making bad decisions,” he said.

“They don’t give that money for nothing, they expect something in return and they’re getting it.

“They’re ignoring the science of climate change. This mine (Adani) will not be going ahead in a sane political environment.

“It’s crazy, we can’t burn anymore coal. We have to leave it in the ground.

“The scientists are saying that and politicians are saying ‘yes, we recognise the science of climate change’, but what are they doing?”

Mr Onley said the federal government should follow its Victorian counterpart, which has banned donations from foreigners and capped those from Australians to $4000 over four years.

However, under the new system, Victorian taxpayers will be paying parties based on how many votes they receive. The amount paid will raise from $1.65 per first preference vote to $6 for every lower house vote and $3 for every upper house vote.

“Our democracy is being destroyed, it’s being over-ridden by big money going into political parties so they can fund their executives and keep their party functioning,” he said.

“They should just get more money per vote they receive and then they can make decisions in favour of our country, not in favour of the big donors.”

Acknowledging the current system was legal, Mr Onley said it needed to be change because it was “not working”.

Mr Chester did not respond to requests for comment.