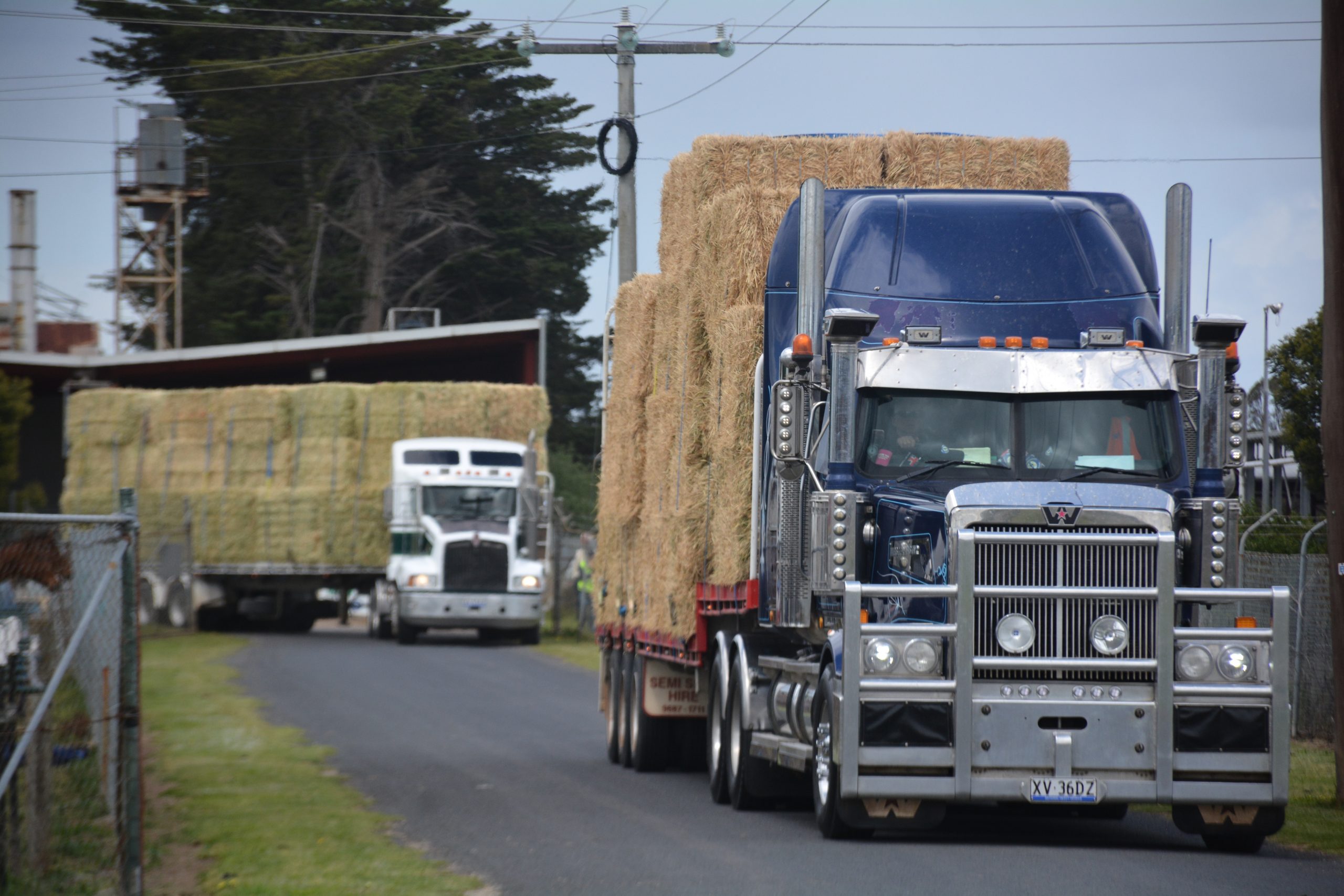 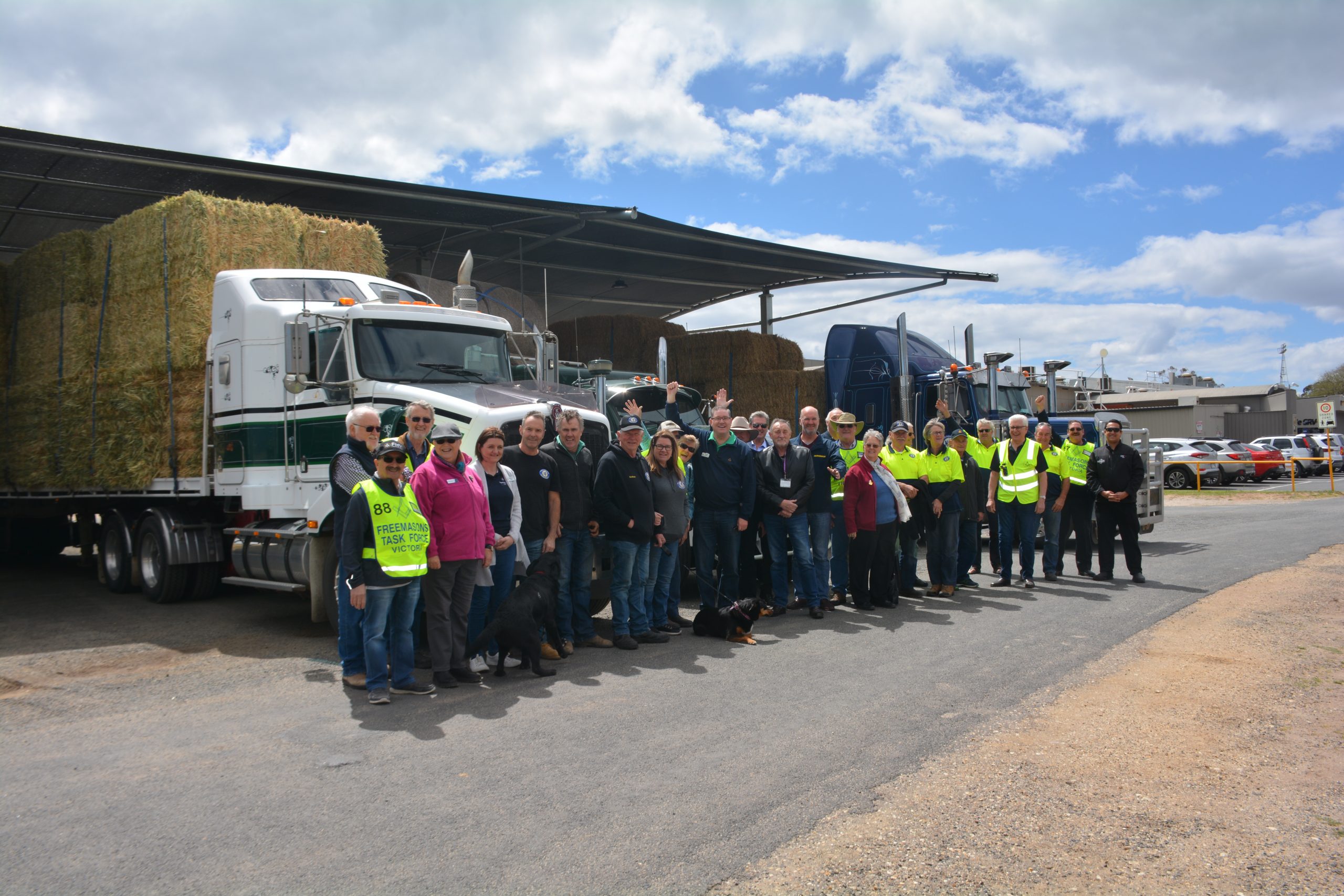 A CONVOY of hay-laden trucks rolled into Sale on Saturday, destined for drought-stricken farmers across Gippsland.

It was a joint effort involving volunteers from Need for Feed Disaster Relief, a Lions project, and Freemasons, which has donated more than $100,000 to help farmers in crisis.

Need for Feed co-ordinator Graham Cockerell said the hay on the back of trucks on Saturday amounted to about 160 tonnes, but that was just half of what the team was bringing to Gippsland.

More loads of donated hay were coming from the Mornington Peninsula area.

Much of it was sourced from southern New South Wales and northern Victoria, and was distributed locally at the weekend to farmers in local areas including Longford, right up to Orbost.

Volunteer drivers were reimbursed their fuel, and shouted lunch and dinner along the way for their efforts.

Mr Cockerell said the hay was received gratefully by farmers, who were often “pretty emotional” when it was dropped off.

Freemasons Foundation director Rodney Lavin said Freemasons had put $50,000 into the Gippsland Farmer Relief Fund for vouchers and groceries for struggling farming families, and an additional $50,000 to the Need for Feed project.

At a lunch at Sale Greyhound Club where the volunteers and trucks stopped for a break on Saturday, Freemasons Foundation chairman Myles King announced an additional $10,000 for the Gippsland Farmer Relief Fund for vouchers.

Mr Lavin said until the drought broke, Freemasons would continue to support farmers.

“That’s what it’s all about – helping people on the ground,” he said.

“As Freemasons, we want to send a message to farmers and their families that they are not forgotten, and that we care.”

Mr Cockerell said The Need for Feed and Disaster Relief project had been working all over Australia in recent times, including drought relief work in New South Wales and the east coast of Tasmania, as well as Queensland fires and floods.

The Freemasons Foundation is one of the top 10 philanthropic trusts in Victoria, and has distributed millions of dollars to worthy causes.

To find out more about Need for Feed Disaster Relief, visit www.needforfeed.org.

For more about the Gippsland Farmer Relief Fund, visit www.gippslandfarmerrelief.com.au.

To find out more about Freemasons, visit www.fmv.org.au.