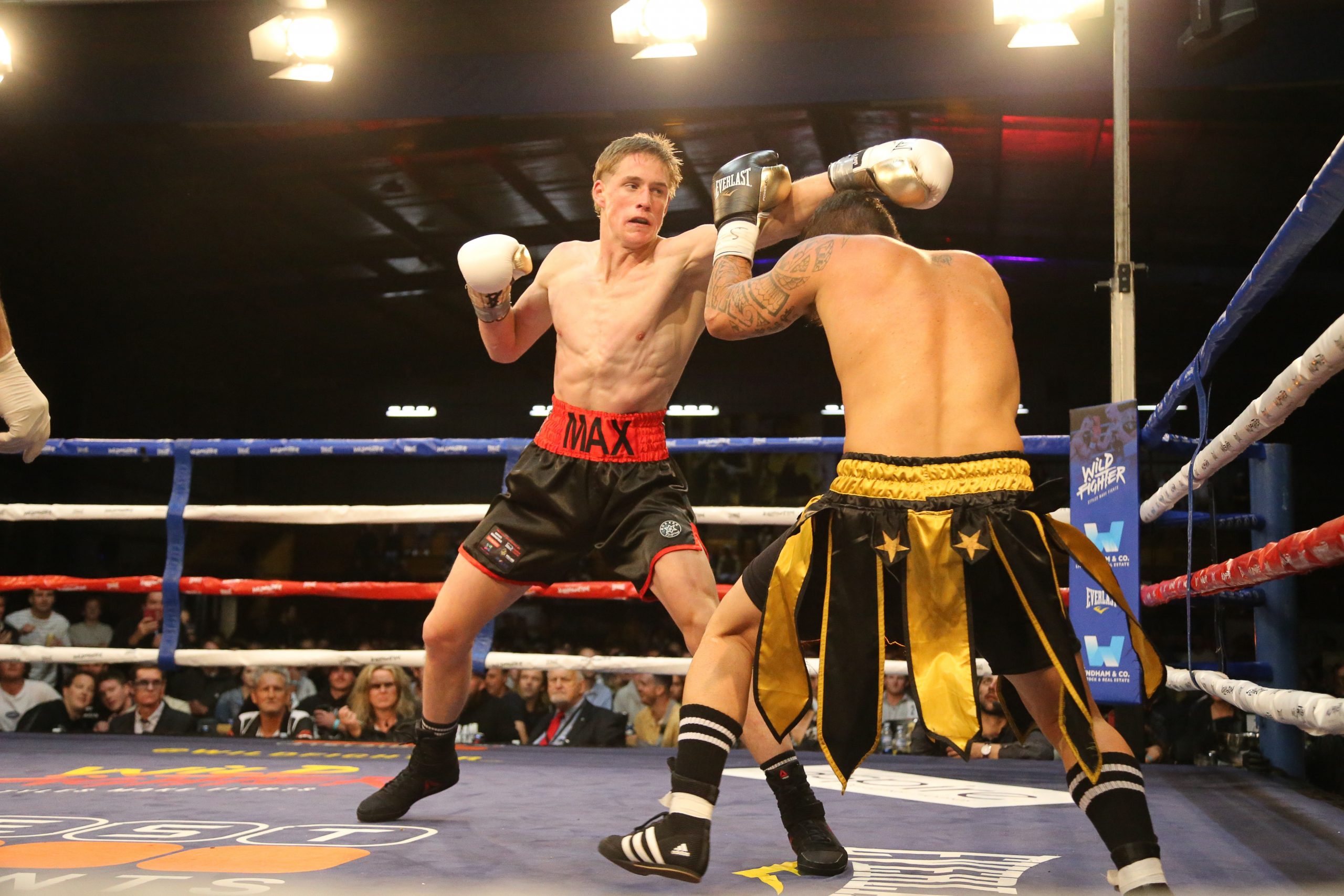 STRATFORD boxer Max Reeves scored a professional win on debut recently, in a dominant performance which announced his name as one to watch on the big stage.

The 19-year-old annihilated American Lawrence Knosp, an opponent 10 years his senior, in the super middleweight division by technical knockout in the first round.

In front of a packed crowd of more than 1000 people at the Bairnsdale Aquatic and Recreation Centre, Reeves flew the flag for the house fighters, in what was the biggest boxing event to ever hit Bairnsdale.

The event was the brainchild of former Bairnsdale resident and World Super Featherweight title holder Will Tomlinson, who has since become a boxing promoter and set up the company Wild Fighter.

The Bairnsdale Aquatic and Recreation Centre was transformed into a kaleidoscopic carnival, and locals enjoyed the opportunity to see professional boxing in their own backyard, in what served as a replica of what audiences in the major cities get to experience when attending a fight.

Ring side announcers, round girls and broadcasters all contributed to the make-up, whilst the event was broadcast both nationally and internationally.

After weighing in at the Bairnsdale Main Hotel the night before, Reeves walked out to the Red Hot Chili Peppers song Can’t Stop, to face an intimidating opponent, who was covered in tattoos and had flown all the way from the north shore of Hawaii.

With the event titled ‘Wild Fighter’, Reeves’ opponent took the name a bit to literally, and came out swinging wildly from the get go.

Knosp was clearly trying to unsettle Reeves, and signaled his intentions early, throwing a number of crazed overhead rights.

Reeves was undeterred, and worked Knosp over, with his opponent receiving two warnings from the referee within the first minute.

It became clear Knosp only had one gear, which was to go flat out, meaning the fight was probably never going to last the full four-three minute rounds.

Reeves successfully negotiated Knosp’s haymakers, and put him down in just under three minutes to secure a first round stoppage win.

The official time came in at 2:48 minutes.

The way in which the fight played out ended up leaving most onlookers stunned, while the commentators found what had happened hard to dissect given the was Knosp approach the bout.

Reeves, who had competed in 17 amateur fights before turning professional, was happy with how he performed, and paid tribute to his coach Paul Carroll.

“It was great to be able to do it in front of family and friends,” he said.

Reeves’ next fight will be in December.