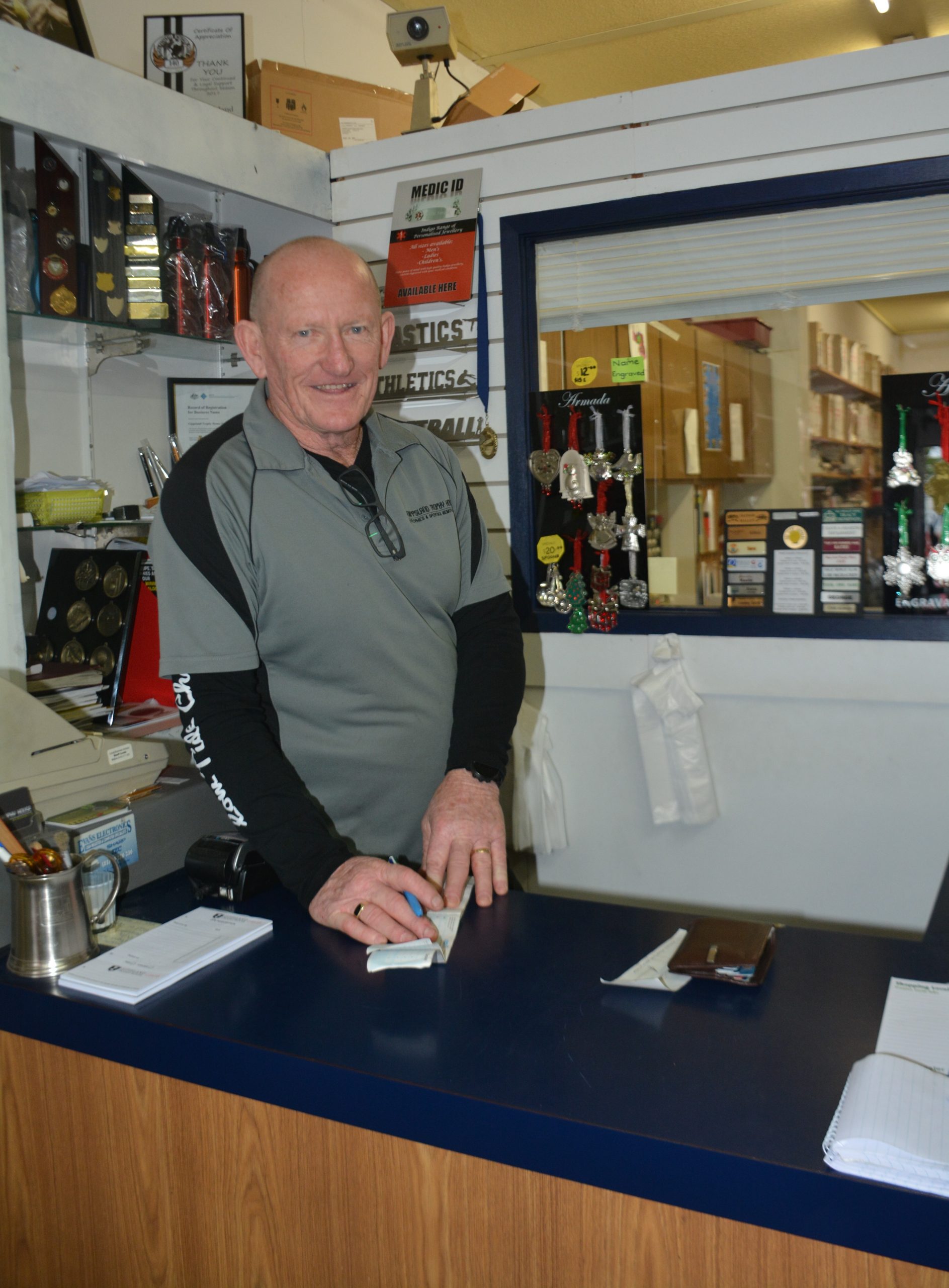 WELLINGTON Shire retailers and shoppers are being reminded to be prepared for the single-use plastic bag ban, which comes into force in Victoria in just over a week – on November 1.

The new law will bring Victoria into line with six other states that have already banned single-use, light-weight plastic bags, and the seven out of eight that will have bans by the end of the year.

The single-use plastic bag ban will apply to bags that have a thickness below 36 microns, including degradable, biodegradable and compostable bags, and to all retailers and suppliers regardless of size or type – including supermarkets and fashion boutiques, fast food outlets and petrol stations.

In the past Victorians have used more than one billion plastic shopping bags every year, with the majority ending up in landfill and about 10 million as litter, polluting the environment and endangering wildlife.

In August National Retail Association representatives visited shops in Sale and nearby towns to speak with retailers and help them prepare for the ban.

But it seems the timing of its implementation and the details of what bags will still be allowed is still causing confusion.

Macalister café, Sale, owner Carley Douglas said she had not received a visit from the retail association, and was unsure of the ban’s implementation date.

However, she knew it was on its way and had planned to use boxes instead of the “occasional” plastic bag.

“We rarely use many plastic bags anyway, but I’ll just make sure we have paper bags and boxes by then,” she said.

Gippsland Trophy House, Sale, had also not been visited by the retail association representative in August, but said he felt the ban had been “widely publicised”.

“I wasn’t sure it was from November 1, but now I know so I’ll put the few plastic bags that we have out the back by then,” he said.

“Not many people ask for plastic bags anyway.”

Pauline Bennett from Cosmosis, Sale, said her suppliers were ahead of the ban, and had kept her informed of its requirements.

But she said consumers also had to be educated about it, with many still asking for plastic bags, even for small items.

Another Raymond St retailer, who did not wish to be named, said she felt the ban was “tokenistic”, and questioned the sense of allowing heavier plastic bags, while targeting light-weight bags and banning recyclable bags.

“If you are going to ban plastic bags, why not ban them all or not at all, and why ban ones made of recyclable materials?” she questioned.

She also said other options such as paper bags would cause considerable financial impost on some retailers.

“Paper bags are more expensive than people realise,” she said.

Retailers who do not comply with the laws face penalties of up to $9800, while corporate businesses could be slapped with fines of up to $48,000 if they breach the law.

They have until November to use up any existing stocks of lightweight plastic shopping bags.

National Retail Association policy manager, David Stout, said it was vital all businesses were up to speed with their responsibilities.

“Retailers should start to make the transition as soon as possible to avoid last minute decisions that may be costly and inconvenient for both their business and their customers,” he said.

The state government committed to banning single-use, lightweight plastic bags in 2017, and called for public comment on how it could design a ban to be effective and lasting.

It also asked for feedback on what else could be done to reduce the effects of other types of single-use plastics.

The discussion paper, ‘Reducing the impacts of plastics on the Victorian environment’, can be found at engage.vic.gov.au/waste/plastic-pollution.

Victoria will keep working with other states and territories on a national, voluntary phase-out of thick plastic bags, and will seek strong national action on other types of microplastics and the reliance on other single-use plastic items, such as plastic straws