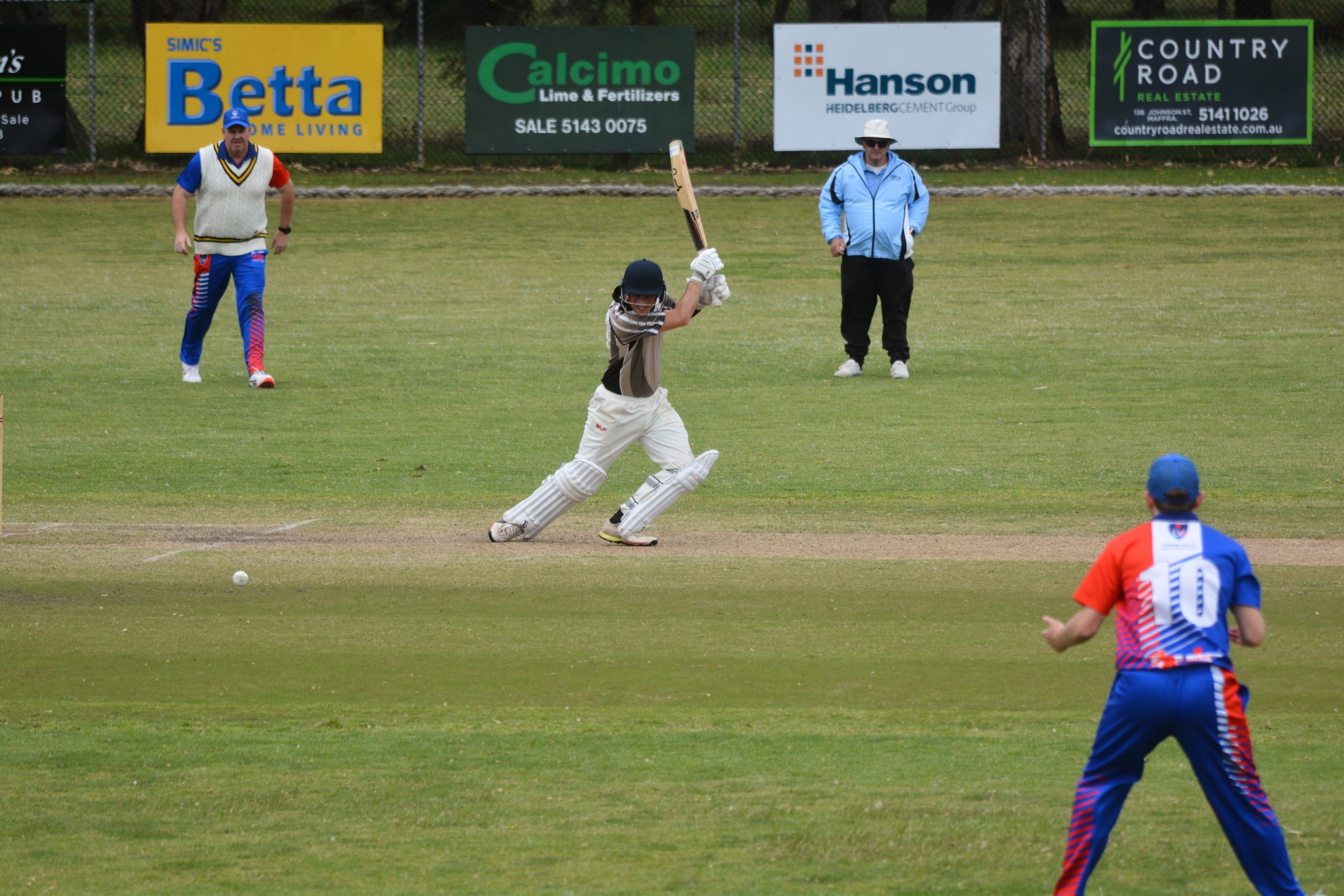 SALE-MAFFRA got its Gippsland Cricket League premiership defence off to a promising start, defeating Latrobe Valley in a clinical performance at Bundalaguah.

After being sent in to bat on a good strip, the Sharks found early inroads when Charlie Morrison dismissed Latrobe Valley openers Ross Allen and Rob Webber cheaply.

Liam Maynard and Rhys Holdsworth then did their best to rebuild the innings, but fell either side of each other to leave the score 4-68. Maynard departed for 39, which ended up being the visitors’ highest score.

No Latrobe Valley batsman was really able to accelerate the run rate. Tim Fitch and Ryan Harvey knocked the ball around for a while, with Fitch scoring 18 and Harvey a useful 35.

Latrobe Valley took its innings to the penultimate over but found minimal output from the tail as the final five batsman managed just 18 runs between them, to finish with a total score of 148.

Morrison, with 2-21, did the damage early for the Sharks, while Jack Rietschel took one wicket and conceded just 19 runs from his 10 overs. Brad Jones (2-17) and Jack Tatterson (3-11) also contributed wickets for Sale-Maffra.

After the innings break, Tatterson transferred his good form with the ball to the bat, as he and Cormac Hassett got the side away to a flyer.

Tatterson signaled his intentions early with some strong drives down the ground, and as early as the 10th over most felt as though it would only be a matter of time before the Sharks cruised across the line to victory.

Tatterson hit consecutive sixes over mid wicket, with the second hitting the Bundalaguah trees halfway up. He ended up going for one six too many, with a third attempt skied, brining about his downfall to see him depart for a destructive 40.

Zac Hurley came in at first drop and looked set before getting an unlucky decision go against him, as he was given out caught down the leg side.

With the run chase still under control, Josh Davis was dismissed by a blinder at catching cover by Tim Fitch. Davis hit a flat back foot drive out of the screws, only for Fitch to dive to his right and complete the catch in midair.

Eventually, Hassett and Brad Scott got Sale-Maffra the winning runs in the 28th over, with Hassett carrying his bat for a well-compiled 56.

The Latrobe Valley bowlers copped some punishment early, with the pace bowlers especially vulnerable to anything that was overpitched. Dylan Freitag took 1-12 from four overs, which in the context of how much pressure the bowlers were under was a decent effort.

On reflection, the Latrobe Valley team probably needed to post a total closer to 200 to be a reasonable chance of winning, and would have welcomed another batsman capable of clearing the rope to join Webber in the top six to keep the run rate ticking over.

Sale-Maffra’s next match will be against Leongatha, in what will be Leongatha’s first game of the season after its scheduled clash with Bairnsdale was abandoned because of rain.

In the other senior GCL match played, Warragul scored an unlikely win over Traralgon. The Wilddogs were dismissed for 138 and in need of a miracle from their bowlers to defend their score.

The Warragul team could then hardly believe their eyes as Traralgon lost 8-33 to be all out for 57 in dramatic circumstances.

In the under 18s, Sale-Maffra easily accounted for Bairnsdale, with the Sharks winning both twenty20 double-headers.

The Sharks women’s team showed no mercy against Latrobe Valley, with Sale-Maffra bowling their opponents out for just 15. Tilly Pendergast took the scarcely believable figures of 5-6, as eight Latrobe Valley players registered ducks.