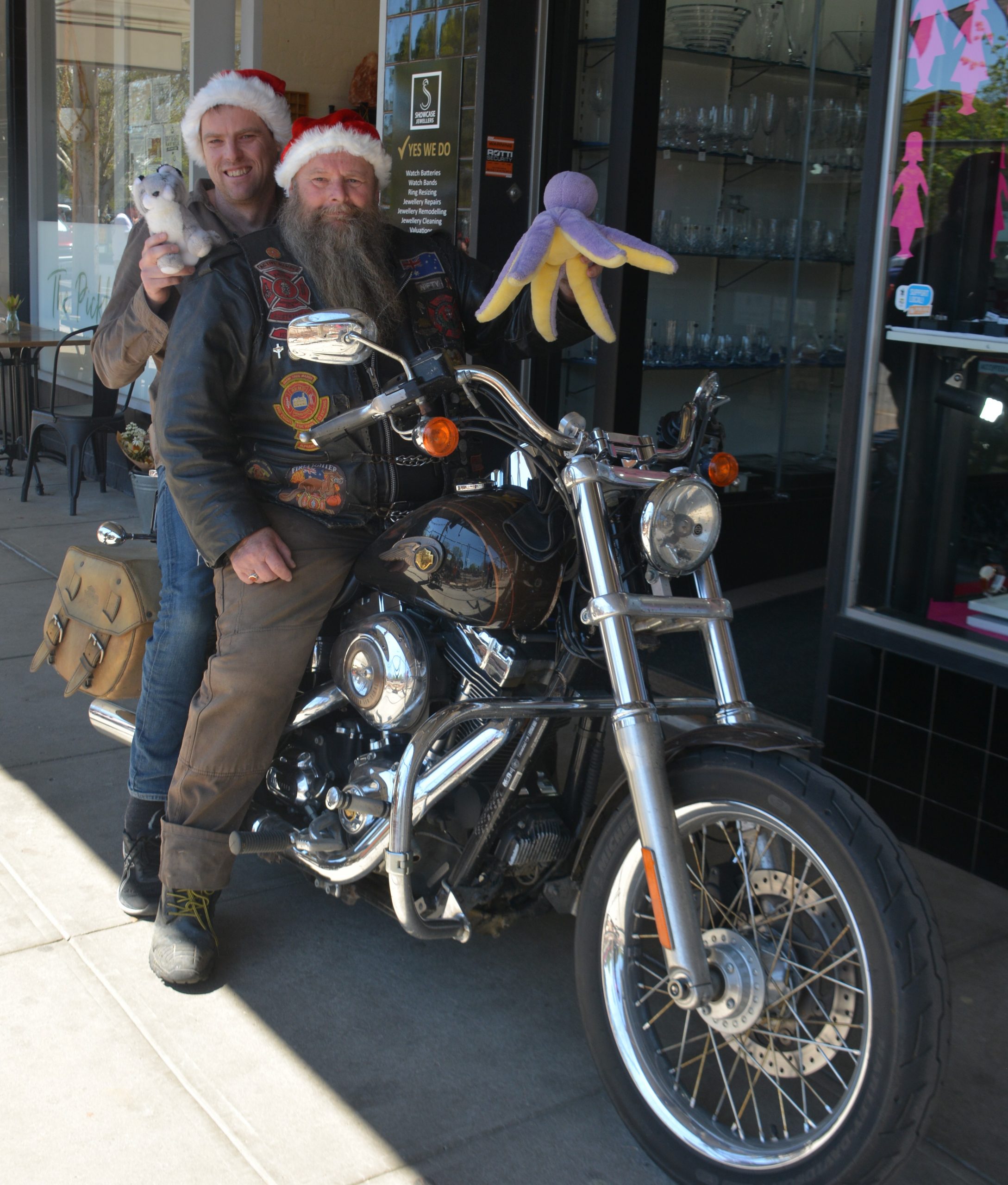 RED Knights motorcycle club members are gearing up for the 22nd Keith Hamilton Memorial Toy Run to Sale on Saturday, December 14, to spread a little pre-Christmas cheer throughout Wellington Shire.

The toy run is always a much-heralded community event in Sale, but it now holds another special meaning, with participants remembering its founder and long-time organiser, Ian Kennedy, of the Maffra-Sale Motorcycle Club.

Ian was killed with his wife, Jan, in a car crash in Newry in November, 2017.

In a prophetic twist, the much-loved, community-minded motorcycle enthusiast had told club members he planned to make the 2017 December ride his last.

Following the tragic accident, the Red Knights took over organising the ride, and last year distributed about three trailer loads of gifts and non-perishable food items to families in need, through charities Vinnies and the Salvos.

Leading the toy run leg from Maffra to the Sale Clocktower, as he has done since his parents were killed, will be Ian and Jan’s son Darren, who said it was a special privilege to carry on his father’s legacy.

“It’s really special to me and to the family that I can honour their memory by being part of this wonderful charity event,” he said.

Ian and Jan’s granddaughter and Darren’s niece, Briella, 18, will also be part of the ride as a pillion passenger, as she has been since a baby.

“She hasn’t missed a ride since she was born,” Darren said.

The Keith Hamilton Toy Run was started by Ian Kennedy and named after the late Briagolong local Keith Hamilton, who had suggested to him 20 years ago Gippsland needed its own toy run.

“Dad had organised so many events around Gippsland, such as the Harold Parsons and Ken Tumble memorial rallies, so Keith thought he was the perfect man to organise a local toy run, where the toys actually stay in Gippsland,” Darren said.

Ian ran the event for 19 years, donating toys to the Salvos and Vinnies, to make sure disadvantaged children were supported.

Darren said his father and his friend Keith were motorcyclists with a big sense of community, who embodied the spirit of Christmas and giving.

This year, Darren and the Red Knights motorcycle club are asking riders from round Gippsland and beyond to get into the Christmas spirit and join the ride, and decorate their bikes for the festive season.

There will be two rides – one longer ride from Sale, through Rosedale, Heyfield, Newry, Briagolong and Stratford to Maffra, then a slow, shorter one for older bikes to Sale Clocktower for the toy presentation.

The first, longer ride will start at the clocktower at 9.30am, with the shorter ride beginning at the Gippsland Vehicle Collection at 11.15am for the 11.45am presentation in Sale.

Club vice-president Neville ‘Nifty’ McKenzie said the invitation to join the ride was open to all, and there was always good support from other bike clubs, including the Maffra-Sale club Ian had belonged to, as well as individual riders and people in classic vehicles.

“It’s always a great spectacle, so we’d really like to see the community come out and support it, lining the streets to view the vehicles and see us off,” he said.

“It’s a fabulous opportunity to see a range of bikes and other vehicles – many of them ones you don’t see very often.”

Some of those will include the 1917 Rex, classic bikes and old ‘postie’ bikes.

Tickets for a raffle to be drawn on the day of the ride at 12.30pm at the clocktower will also be sold at those venues, as well as through the Red Knights motorcycle club.

Raffle prizes have been donated by local businesses.