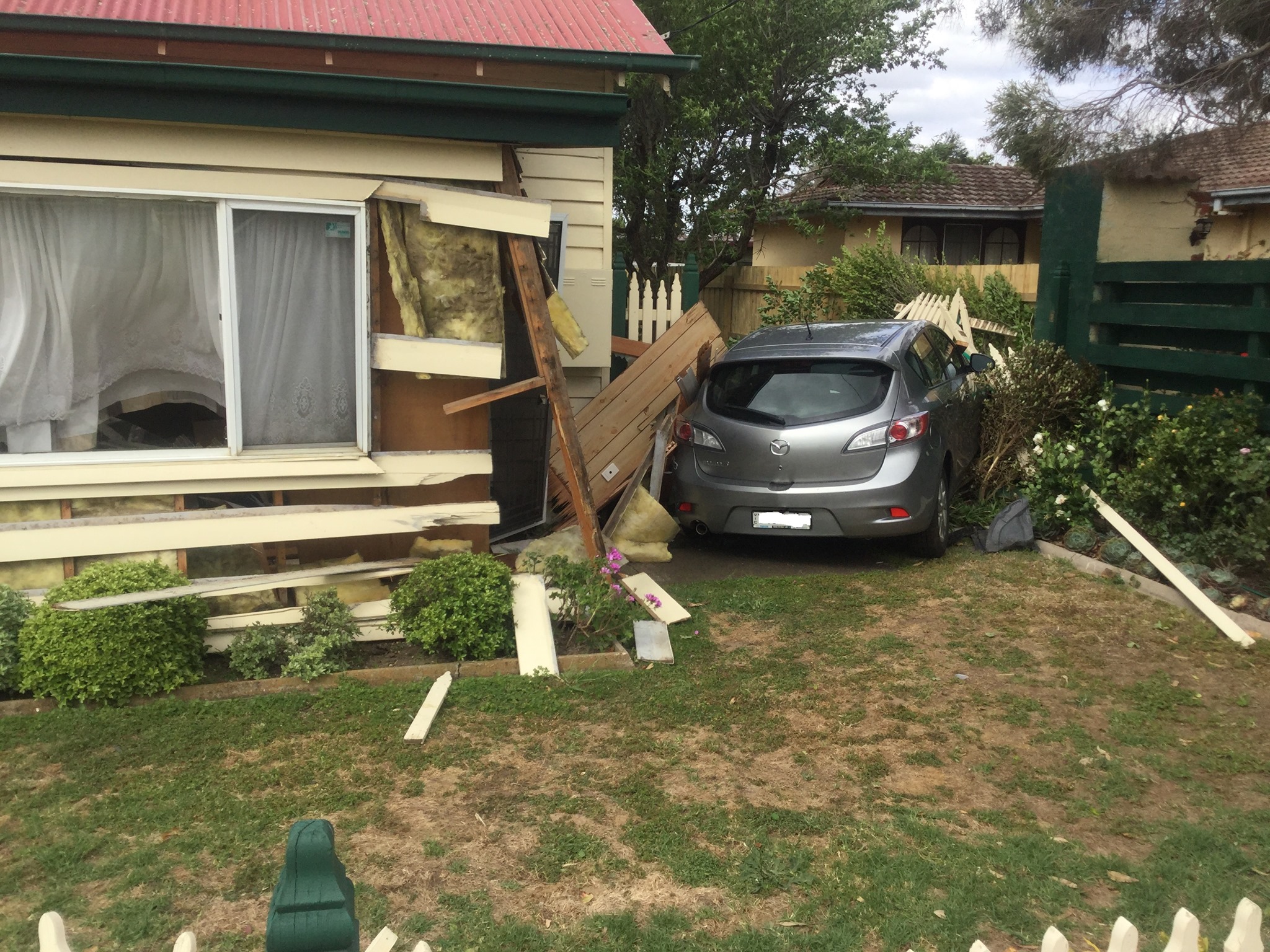 A DRIVER had a lucky escape after colliding with two picket fences and a house in Wurruk.

Last Wednesday afternoon about 4pm, the driver allegedly failed to give way at an intersection, which resulted in the collision.

The 76-year-old female driver was not injured, but caused a fair bit of damage to the fences and weatherboard house.

The house’s occupant was home, but was also uninjured, and the pair were able to swap details.