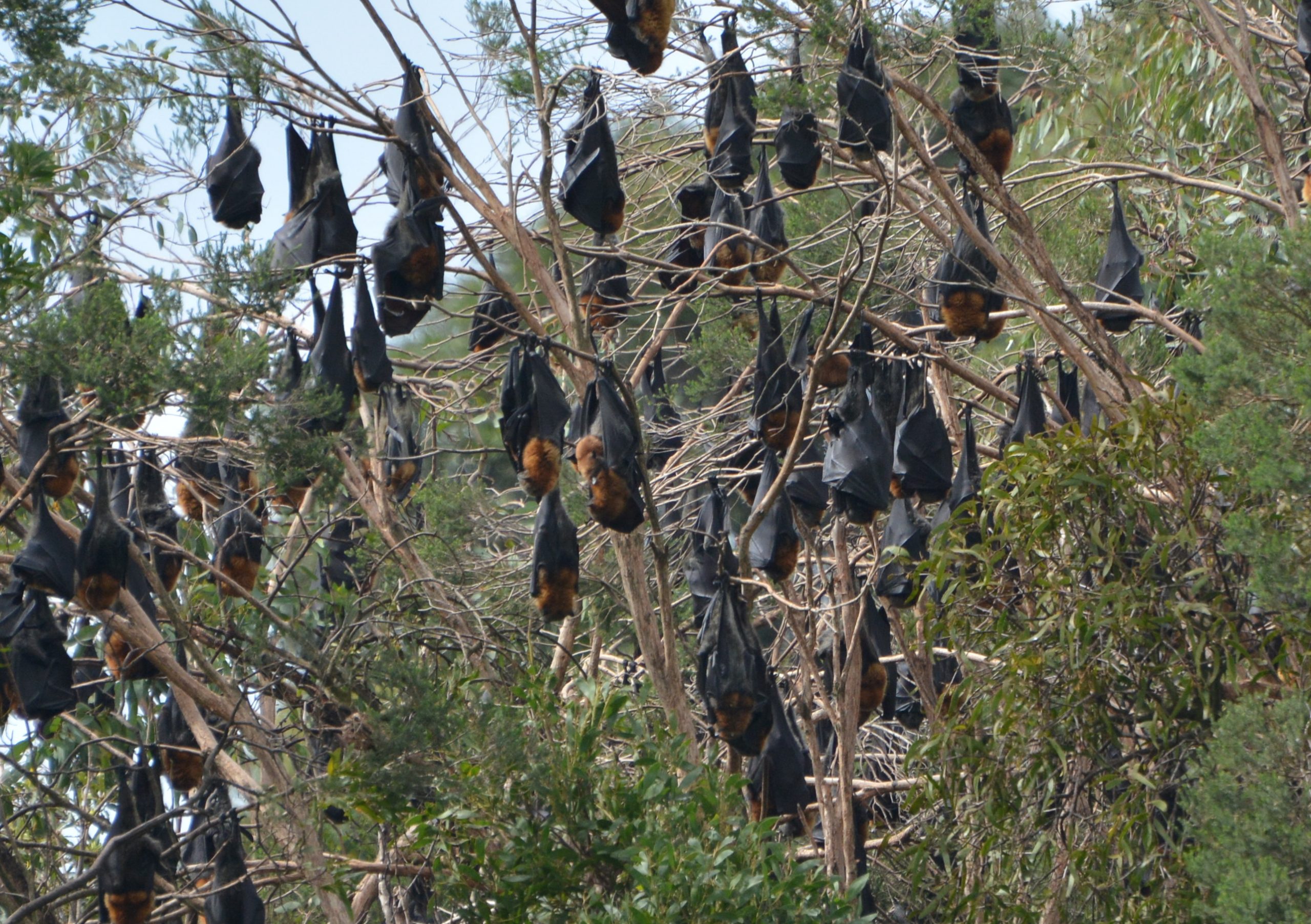 EAGLE-eyed walkers and joggers around Lake Guthridge, Sale, may have noticed some new residents move in during the past few months.

Grey-Headed Flying Foxes shifted in at the beginning of the year, and can be seen each day snoozing and squabbling, dotting the island’s canopy, before taking to the skies at dusk.

Residents may have also noticed some extra “evidence” courtesy of the threatened species, with some indulging in midnight feasts in local fruit trees during the night.

A Department of Environment, Land, Water and Planning spokesperson said Grey-Headed Flying Fox occupancy occurred in Sale regularly, but believed there were currently about 1600 individuals present in the area.

Wellington Shire Council’s sustainability team is thrilled the bats are roosting on the island, saying it demonstrates biodiversity, and is delighted they are able to roost there in safety.

A Sale-based registered wildlife carer said flying foxes were vital for the health of the environment, particularly since the recent loss of trees during summer bushfires.

“It’s great to see them here as they are such magnificent animals and so important – so let’s hope they stick around,” she said.

“They won’t bother people, but people can help them by not using the type of netting on their fruit trees that causes them to be trapped and injured.”

Traditionally, the largest populations of the species in Gippsland have been recorded at the Bairnsdale colony, adjacent to the Mitchell River.

Flying foxes roost hanging upside-down in a wide range of warm and moist habitats, often beside a creek or water.

They usually set up camps in tall and reasonably dense vegetation, but will also tolerate people.

Permanent camp sites established in suburban areas enable animals to take advantage of conditions provided by humans, such as more reliable food supplies from well-watered trees, and street lights may be used as a navigational aid.

Camp sites can be permanent or temporary, and can include up to tens of thousands of individuals.

During the breeding season, the camp size can change dramatically because of food availability and interstate animals arriving.

While in camp, flying foxes hang upside-down in trees, usually folding their wings beside or around them.

The continual use of camp sites by flying foxes, such as during the breeding season, can damage vegetation by stripping branches of leaves.

Camps also have their own smells and sounds.

The species is listed as threatened under the Commonwealth Environment Protection and Biodiversity Conservation Act 1999 and the Victorian Flora and Fauna Guarantee Act 1988, and is considered vulnerable because of a significant decline in numbers as a result of prime feeding habitat loss and disruptions to their camp sites.

Grey-Headed Flying Foxes are at potential risk of extinction because of their slow reproductive rate (one young per year), the relatively long time for males to become sexually mature (in the wild the average age for sexual maturity is 30 months and the average life span is more than 10 years) and high rates of infant mortality.

Flying foxes play a major role in the regeneration of native hardwood forests and rainforests by pollinating as they feed and disperse seeds.

A single flying fox can disperse up to 60,000 seeds in one night.

Through this role, flying foxes provide habitat for other flora and fauna species and add value for other forest uses such as hardwood timber, honey and native plant industries.

Harassing or causing injury to this nationally threatened species carries a maximum penalty of $3109.

Under the Wildlife Act, causing the death of a flying fox can result in a fine of up to $37,310 and, or 24 months’ imprisonment.

Additional penalties under the Prevention of Cruelty to Animals Act 1986 may also apply.