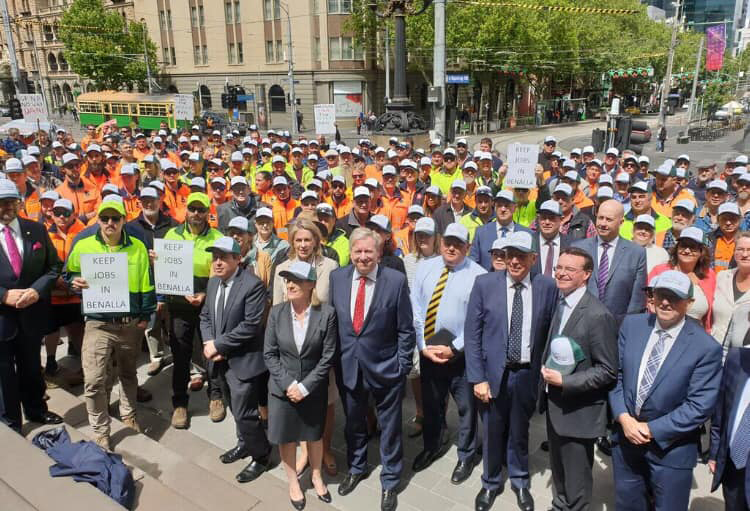 VICTORIAN MPs will face pickets, mass community meetings and rolling stoppages, as timber workers ramp up their campaign to highlight the turmoil facing the industry.

The crisis facing the forestry sector escalated last week, after a court injunction halted harvesting in areas earmarked to provide timber for sawmilling and paper manufacturing during coming weeks and months, putting jobs at risk.

A union representing timber workers says the action follows the fiasco of the state government’s transition plan to end native timber forestry, along with their “hamfisted approach” to salvage harvesting following bushfires.

The Construction Forestry Maritime Mining and Energy Union said it was drastically escalating its campaign to protect thousands of timber jobs because of “ongoing atrocious mismanagement of the industry by the Victorian government”.

CFMMEU national secretary Michael O’Connor said the industry was in crisis, people were bleeding and the government was out to lunch.

“What is clear is that the government has no proper or viable plan for the industry,” he said.

“The government is flat-footed, asleep at the wheel and we’ll be making it our mission to wake them up from their slumber.”

Prior to the injunction, some workers and contractors had already been stood down or out of work for months, with several contracts voided by VicForests because of the fires.

Mr O’Connor said there was growing frustration, bewilderment and shock to the degree of incompetence and seeming disregard from some corners of people’s predicaments.

“Workers and working communities should never be treated like this by a Labor government or indeed any government,” he said.

“The union will use every available tactic and forum available to it to change the government’s shambolic approach until they begin to take the plight of workers, their families and communities seriously.

“Workers in the industry, their families and communities are understandably appalled.

“The gloves are coming off and timber communities punch above their weight, so the Andrews government better be ready, or better still, be prepared to reset their plans and approach.”