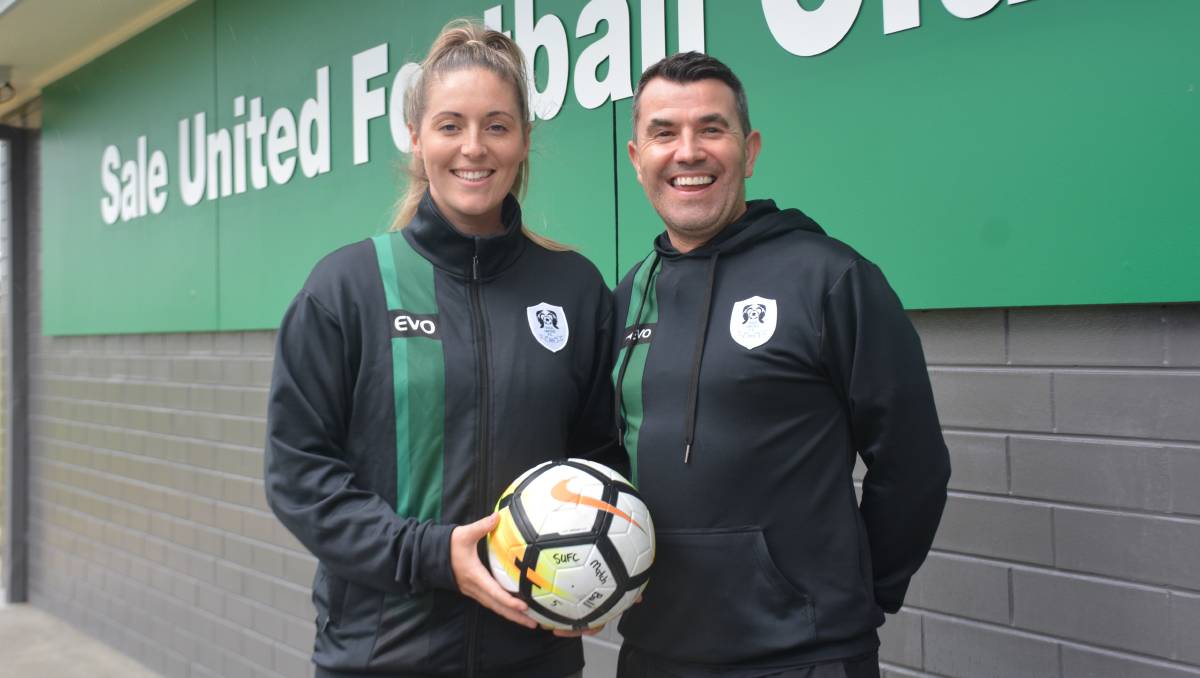 THE Latrobe Valley Soccer League will have 11 senior teams this season after Morwell Pegasus and East Gippsland United were re-instated into the top division.

Trafalgar Victory withdrew from the LVSL a week before the season to transfer to the Gippsland Soccer League.

In the women’s competition, only 10 teams are competing after Traralgon City, Pegasus and East Gippsland failed to field teams, but Tyers is back in.

The season begins Saturday with Falcons hosting Monash under lights. The rest of round one will be played on Sunday.

Sale have had many pre-season matches with varied results. New coach Marc Bain is expecting the Swans to be competitive this season, after taking out the pre-season Ficifola Cup, beating Drouin 4-1.

Olympians has lost experienced player Jordan Campbell, who will coach Fortuna and is expected to take a couple of players with him.

Overall, Olympians hasn’t changed its line-up too much and will be expected to again be a front runner.

The club will be under the guidance of George Fkarias and Tony Pardo, two experienced player coaches.

Olympians will be celebrating 40 years in 2020.

PEGASUS has the difficult task of opening its season against league champion Newbourough-Yallourn United.

NYU was runner-up to Bayside Argonauts in the Kendall Cup a fortnight ago at Sale, and, under 2019 coach of the year Clayton Bell, is expected to be up there with silverware again this season.

Coached by the experienced Alradi Ali, Pegasus is making a comeback to first division after a sterling season in second division in 2019, but will be tested in its first outing against a highly-motivated team, which is celebrating 25 years since amalgamation.

EXPECTING to better their fifth placing of last season, Moe United will face a hard opening match against a new look Fortuna.

Fortuna have recruited Jordan Campbell from Olympians to be their coach. The Lions have gained a few but lost a few, which probably balances out their chances.

Moe will be looking at some of its experienced players to assist with the juniors players ready to make a break through to senior level. Coach Tim Armistead is in charge of the seniors and the women’s team.

East Gippsland United is making a reappearance at senior level after a two-year gap. The Eagles found it difficult in their first stint at senior level, but with an impressive build-up to the new season, are expected to be competitive.

Traralgon City has reappointed coach Rob Bruzzese, who took the Roosters to third position in his first season, and is expected to be better this season.

City welcomes back Liam Johnson from Churchill as assistant coach. With leading goal scorer Jake Budija and goal sneak DJ Matar both available, City will be a free-scoring combination.

FALCONS will open up the new season with a Saturday home match against Monash.

The Morwell club has been forced to play most of its home games on Saturdays because of Gippsland FC using the pitches and facilities on Sundays.

Falcons and Monash entered the FFA Cup, with Falcons exiting after its first match, while Monash had a penalty win in the first round but forfeited its second round match to compete in the Chaos Cup, in which it defeated West Brunswick Wanderers.

Monash coach Andreas Nilo is expecting the Wolves to be a fit competitive team which will finish higher than their eighth place last season.

Falcons has been training hard under coach Nick D’Allesandro and is expected to again be a strong force this season, beating its fourth position of last season.

CHURCHILL United will have the bye in the first round.

A new look Churchill is expected to do well under experienced coach Adrian Huizer. A big loss for the Rams is Liam Johnson, who has returned to Traralgon City, but with capable juniors coming through the ranks they are expected to beat their seventh placing of last season.

The Rams have had good pre-season form against the Leongatha Knights and Moe.