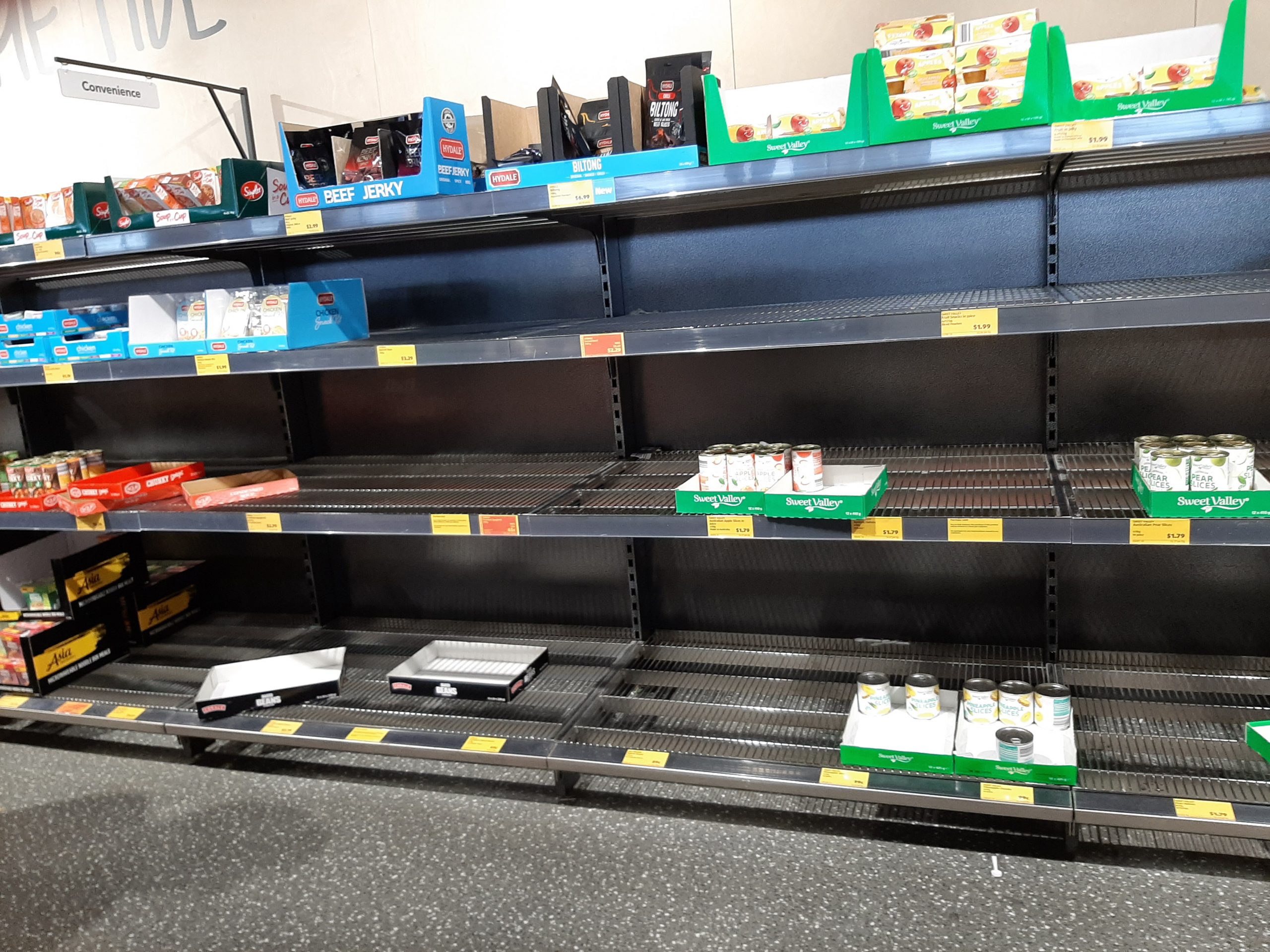 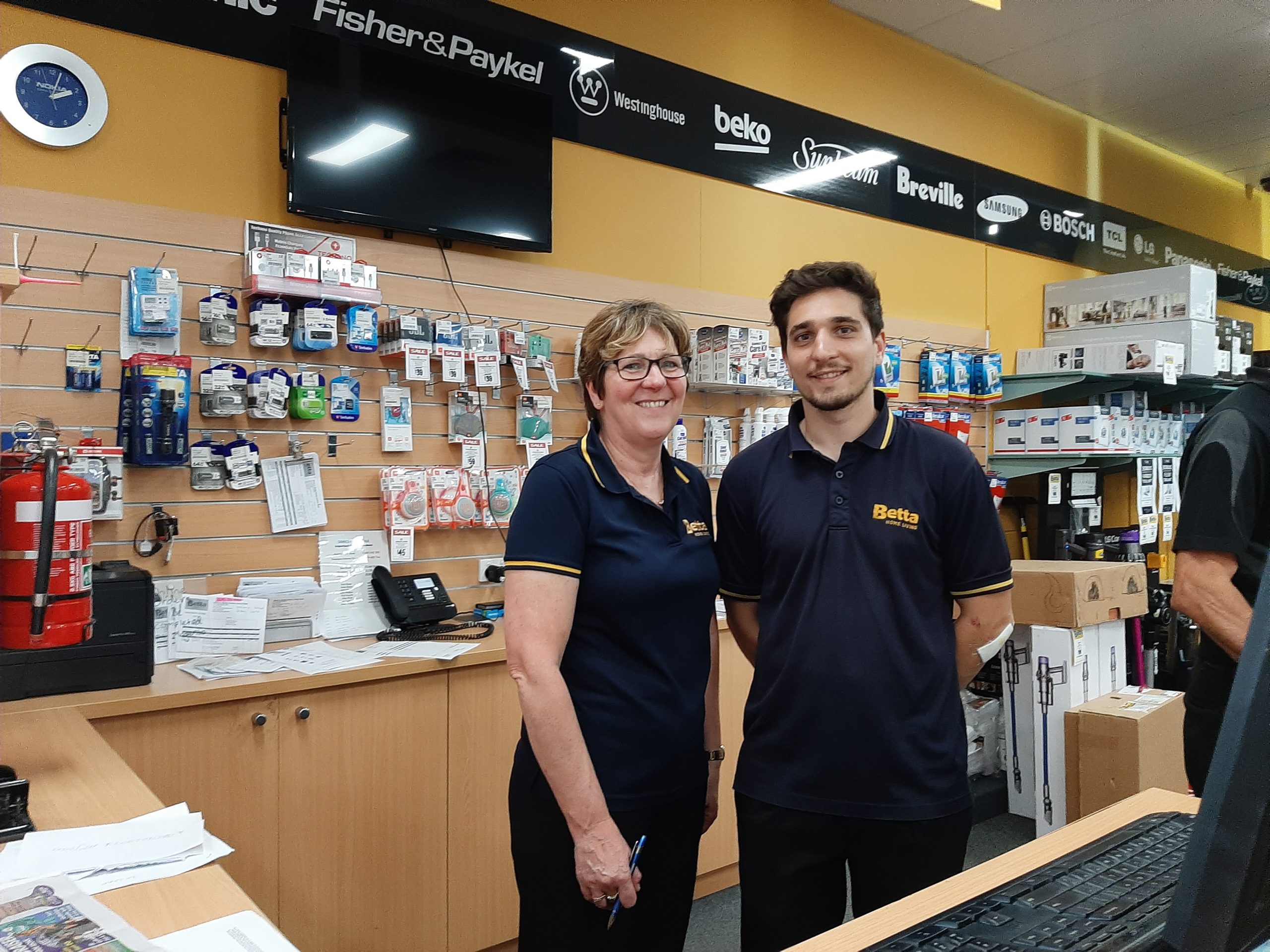 PANIC buying is at extraordinary levels around Wellington Shire, with everything from non-perishables to frozen vegetables, eggs, coffee, meat and poultry being hoarded by customers worried about an eventual lock down.

Most larger supermarkets that already have restrictions on toilet paper are increasing restrictions to include rice, pasta, some canned goods, milk and antibacterial wipes.

But the shopping frenzy has now extended to smaller grocery stores, fresh meat suppliers and electrical stores, all of which are being stripped of stock.

In the past eight days, Sale Fresh Poultry has resorted to not opening until 1pm to give staff time to prepare extra trays of chicken dishes, which are completely sold out by 4pm.

Owner Frank Marrocco said he was “shocked” at the demand, with staff wondering how much more people can freeze.

Geddes Meats, Sale, is also experiencing an unprecedented demand for meat cuts, particularly minced meat, selling out of most cuts by the end of each day.

Butcher Nathan Zammit said he had never seen anything like it, and had sold more than two and a half tonne of mince in four days.

“It’s bigger than Christmas; nobody admits they are panic buying, they just say they ‘need it’,” he said.

“It’s just something you don’t expect to experience. “Luckily there is plenty of meat out there at the moment so we can keep up with demand for now,” he said.

The latest items to fly off the shelves are freezers, as coronavirus fears prompt residents to bulk purchase.

Electrical stores around the municipality are struggling to cope with demand, as stock sells almost before it hits the floor.

Deb Simic from Betta Electrical, Sale, said the rush on freezers had taken the store by surprise, and they were placing orders with suppliers already out of stock, hoping they could be filled as soon as possible.

She said bread makers were also hot sellers, presumably because people were worried about not being able to buy bread.

“It’s a double whammy for shoppers, not just because of the higher demand, but because lots of stock comes from China, and it’s still stuck in ports,” she said.

“We just don’t know when things will arrive.”

But the panic buying in stores around the country is unprecedented and unnecessary, according to Prime Minister Scott Morrison.

On Wednesday, he implored shoppers to buy “only what you need”, reiterating that there was no threat to Australia’s food security.

“I can’t be more blunt about it.

In other advice, Prime Minister Morrison has issued a plea to Australians who want to return amid the COVID-19 pandemic to do so as soon as possible, amid fears the rapid spread of the coronavirus is intensifying and travellers are most at risk.

The Department of Foreign Affairs and Trade advice is that there is “a potentially higher chance of catching coronavirus while overseas”.

Jackie Ingram from Flying Colours travel agency in Sale said the announcement had sent a panic among travellers, with the store inundated by people overseas desperate to return.

‘We have been flat out all day re-booking fights, and getting people home, and so far we’ve been able to get flights for all our clients,” she said.

“We’ve got one client in the Maldives who’d be quite happy to stay a bit longer, but for those clients who want to come we’ve been able to help them.”

As infection numbers soar to close to 500 in Australia, including six deaths, the federal government is urging Australians to not travel overseas unless necessary, regardless of the destination.

Even Australians wanting to travel to popular Anzac Day services overseas, including Gallipoli in Turkey and Villers-Bretonneux in France, will no longer be able to, with services in all countries, including Australia, now banned.

Sale RSL president Marty Tanzer said the decision to close the RSLs Anzac Day services to the public on Saturday, April 25, would have a huge effect on the community.

“We usually run three services through the day, so there will be a lot of people who will now miss out on being able to commemorate together,” he said.

“Anzac Day generally helps bring the community together, and gives all generations an opportunity to pay respects with others.”

RSLs throughout the shire are still expected to hold one private service which will not be open to the public.

Mr Tanzer said keeping numbers down at the post Anzac Day service celebration would also be a challenge for RSLs, after the National Cabinet accepted the Australian Health Protection Principal Committee advice that non-essential gatherings of more than 100 people indoors and 500 outdoors (including staff) would no longer be permitted.

“We usually get around 130 to 140 people coming for a meal or a drink, so we have to work out how we are going to limit those attendees,” he said.

“Hopefully people will know about the government advice and numbers will be down.”

Strict measures are in place for all gatherings, including that there must be no more than one person per four square metres of outdoor space and 1.5 metres indoor, and hand hygiene products and waste receptacles must be available.

Food markets are exempt from the 500-person limit, however must undertake additional measures, such as control of patronage numbers or stall density reduction to decrease the risk of COVID-19 transmission.

Local eateries are also having to adapt, with many steering customers towards the option of takeaway to comply with restrictions on the number of people allowed to congregate indoors.

Pubs including Jack Ryan’s Irish Bar and the Star Hotel in Sale are among those actively encouraging takeaway, with menus available to peruse online.