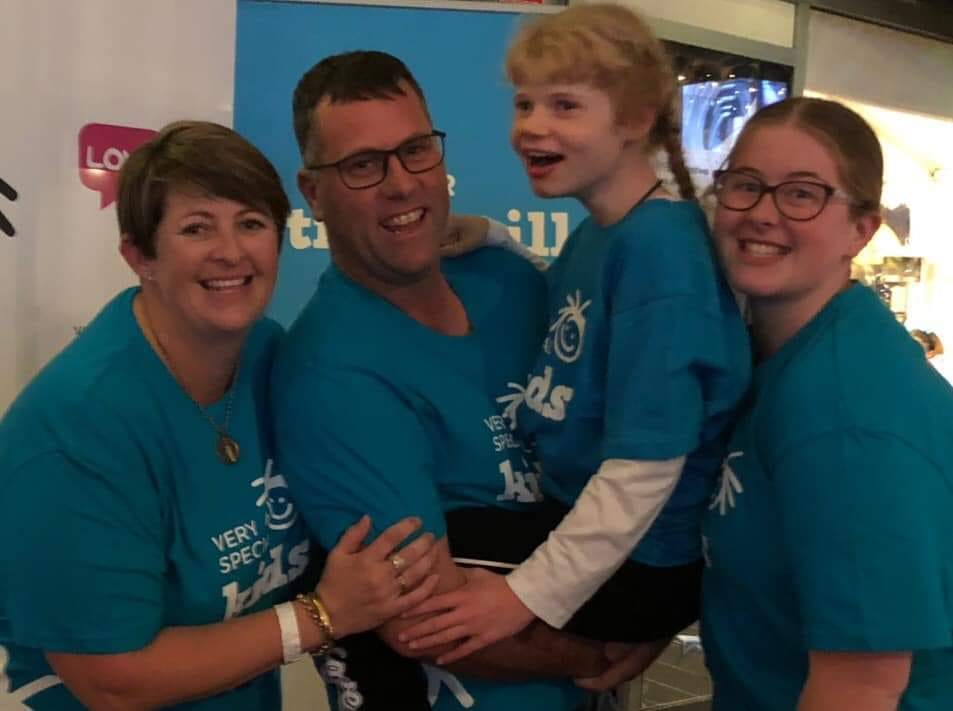 THE Read family, of Maffra, will again host a fundraiser for daughter Olivia, asking people to ‘Liv it up’ for 30 minutes a day.

Each year, Kevin and Tanya, along with their eldest daughter Montana, have participated with the Icon Group in the Very Special Kids’ 24 hour Treadmill Challenge.

The Reads use Very Special Kids’ services for 12-year-old Liv, who is developmentally delayed and has epilepsy, requiring brain surgery in 2015.

Since the surgery, she has also been diagnosed with Wolff Parkinson White Syndrome.

This affects the area between the heart’s upper and lower chambers and causes symptoms like rapid pounding heartbeat, dizziness and light headedness.

She is non-verbal, but through her facial expressions and hand gestures, can usually communicate with others.

Tanya said a recent growth spurt had increased Liv’s seizures, and their specialist had suggested a vagus nerve stimulator implantation.

“A vagus nerve stimulator is a device used to treat seizures when seizure drugs are not effective and surgery is not possible,” she said.

“It consists of a pacemaker-like generator that is implanted in the chest wall and is programmed by the physician to stimulate the vagus nerve in the neck.

“Olivia was accepted into a vagus nerve stimulator trial, and in December 2019, she had surgery.”

Tanya said it was hoped the vagus nerve stimulator would help with the severity of seizures.

“Liv has regular appointments with her neurologist to check the device,” she added.

Liv enjoys her time at Very Special Kids House, one of only two children’s hospices in Australia.

The house supports children with life-threatening conditions and their siblings, providing planned and emergency respite and end-of-life care, supporting more than 900 Victorian families.

Very Special Kids helped the Reads deal with the death of daughter Macey.

Given the Reads live three hours from Melbourne, they rely on the Royal Flying Doctors’ Road to Respite van to pick Liv up for admission and drive her home on discharge.

The Very Special Kids’ 24-Hour Treadmill Challenge, held in Melbourne each year, is the charity’s major fundraiser, but cannot run as usual this year because of COVID-19.

This will severely affect the services Very Special Kids provides, including counselling and ongoing support for children who have been diagnosed with life-threatening conditions, along with their families.

To help Liv out, participants have been asked to give up 30 minutes to undertake exercise or an activity (such as gardening or reading a book), for 24 days, and raise a minimum of $50.

Continuing from May 1 until May 24, the fundraiser will also aim to involve people in activities that will help them stay physically and mentally fit when normal routines have been disrupted.

Those who know the Reads know they enjoy dress-ups, and they have asked people to think outside the square and share photos of themselves in costume while undertaking the challenge.

To support the Reads’ ‘Liv it up for 30 minutes a day’ campaign, visit my.vsktreadmill.org.au/tanya-read and make a donation.