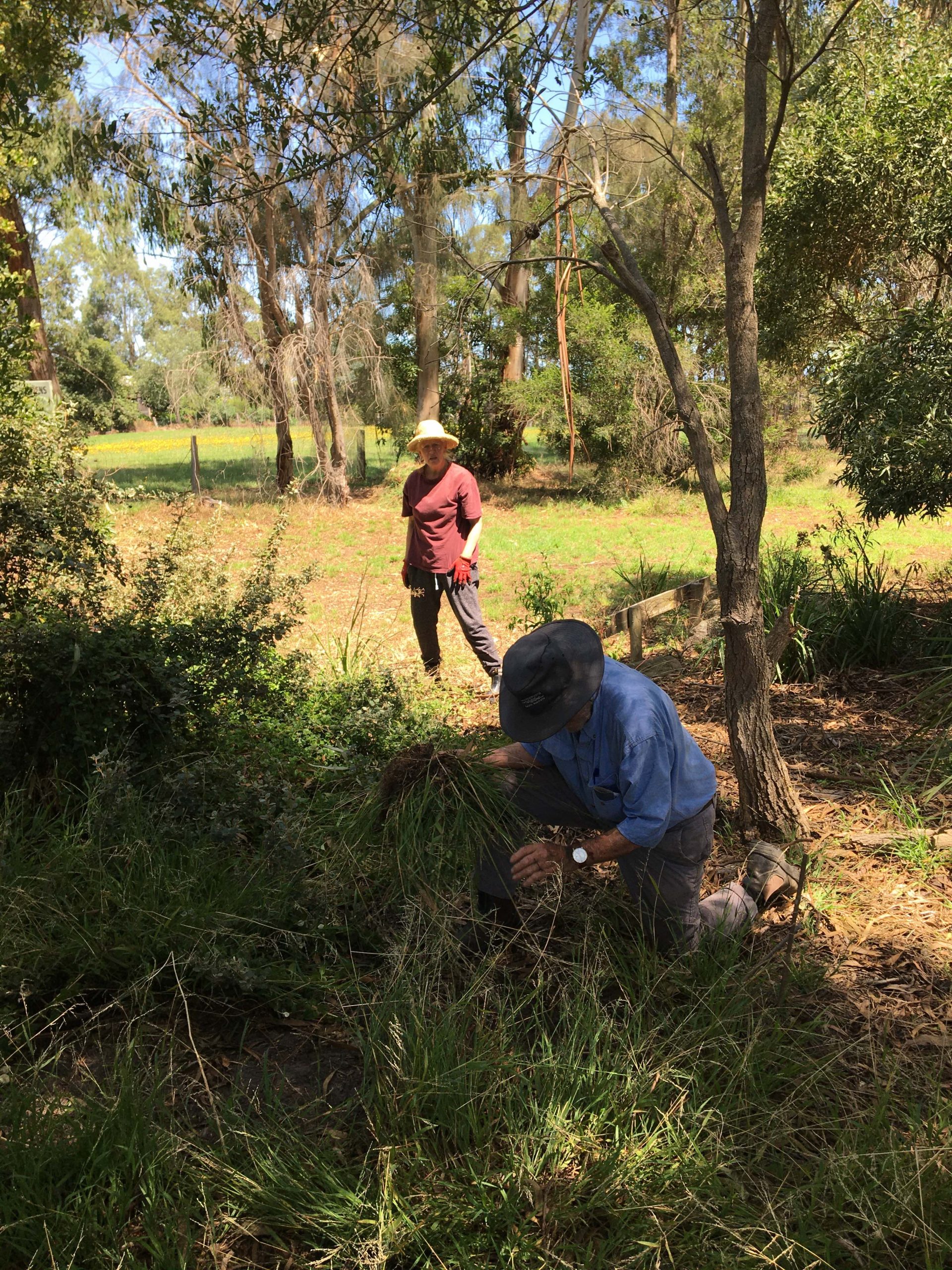 REVITALISATION of Yarram’s little-known Bicentennial Botanical Gardens, at the rear of the Nightingale Estate on Commercial Rd, has become a labour of love for a small group of volunteers.

Yarram Urban Landcare took on the task of maintaining the gardens not long after its formation in 2014.

In fact, the urban group came into existence through the efforts of Trevor Colvin’s desire to do something to rescue what had become a forgotten and neglected community asset.

“It was a strange thing really,” Trevor said.

“I kept hearing mentions of a botanic garden or a bicentennial garden and did not know where they were.

“In fact, most people in town did not know of them or only had a vague idea of what they were meant to be.”

Trevor tracked down the location of the garden through Nightingale Trust secretary Garry Stephens, and with the encouragement of the trust, which owns the land, called a public meeting to establish the Landcare group.

The gardens were established as a bicentennial project in the 1980s in preparation for the 1988 celebrations, with the intention of providing a representation of the vegetation of the entire Shire of Alberton.

Trees and understorey plants ranging from the mountain tops of the Strzelecki Ranges to coastal marshes and the sand dunes of the 90 Mile Beach were planted, and for a number of years trees thrived through generous watering and cultivation.

A number of zones representing each vegetation region type were established in the small park, from marshy frog-filled swamp to dry sandy coastal regions and areas suggestive of the fertile plains of the Tarra, Jack and Albert River valleys.

However, after successive years of drought from the early 2000s, the dispersal of the original group of volunteers because of their employment leaving the district and advancing age, the maintenance of the gardens slipped.

By 2012, much of the indigenous understorey vegetation had perished or had been strangled by invasive noxious weeds, and some of the now-mature trees posed safety hazards for people venturing into the gardens.

“Without meaning too be discourteous to the original committee behind the gardens, it seems there was a lot of money being thrown around by the government ahead of the bicentenary and there was no plan for the ongoing care of the gardens,” Trevor said.

A memorandum of understanding between the Nightingale Trust and the Yarram Urban Landcare Group has enabled the volunteer Landcarers to set about removing the weeds and pasture grasses and begin the reinstatement of the original vision of indigenous understorey vegetation.

This has involved identifying new planting zones, recognising some native but non-indigenous shrubs that had been mistakenly planted and many hours of hand weeding.

In an effort to make the garden attractive for local residents as a quiet place of retreat and contemplation, a set of picnic tables was commissioned from the Yarram Men’s Shed, and in October last year volunteers installed the heavy tables in the gardens.

A list of the indigenous and native species in the gardens has been compiled, and the group is working towards complementing these with recommended indigenous species to consolidate the gardens as a representation of the district’s original vegetation.

Signs indicating the public gardens have been erected, and revitalising the gardens’ understory vegetation with suitable indigenous plants has been the focus of regular Wednesday morning activities by the group of about eight volunteers.

Because of directions from Landcare Victoria, large gatherings to carry out the work have been postponed until after the lifting of the COVI D-19 state of emergency, but when once again permitted the volunteers will resume the project.

“If we can develop a plan for the ongoing care and regular use of the bicentennial garden and create a sense of community spirit for the area, then our efforts will not have been a waste of time,” Trevor said.