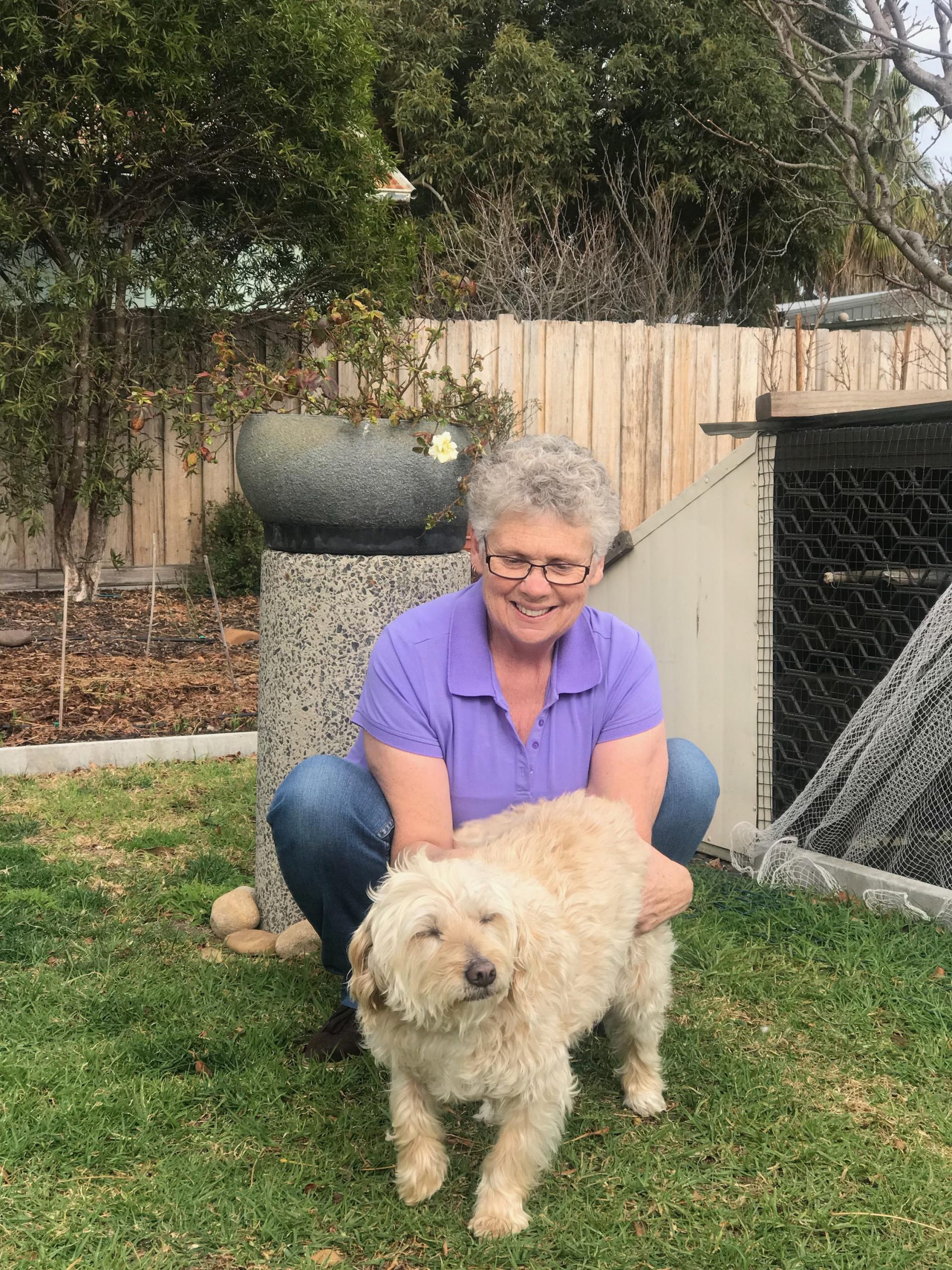 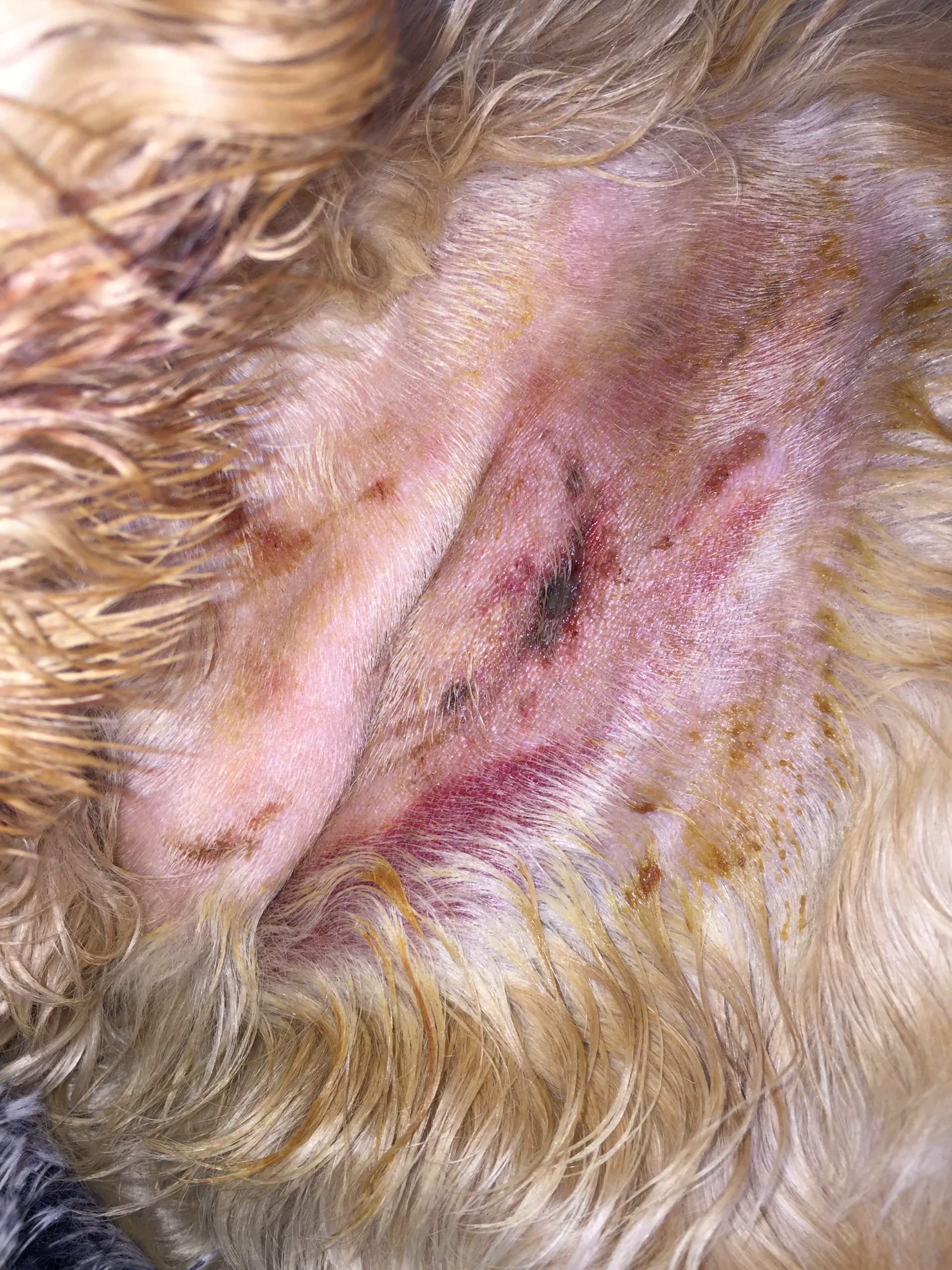 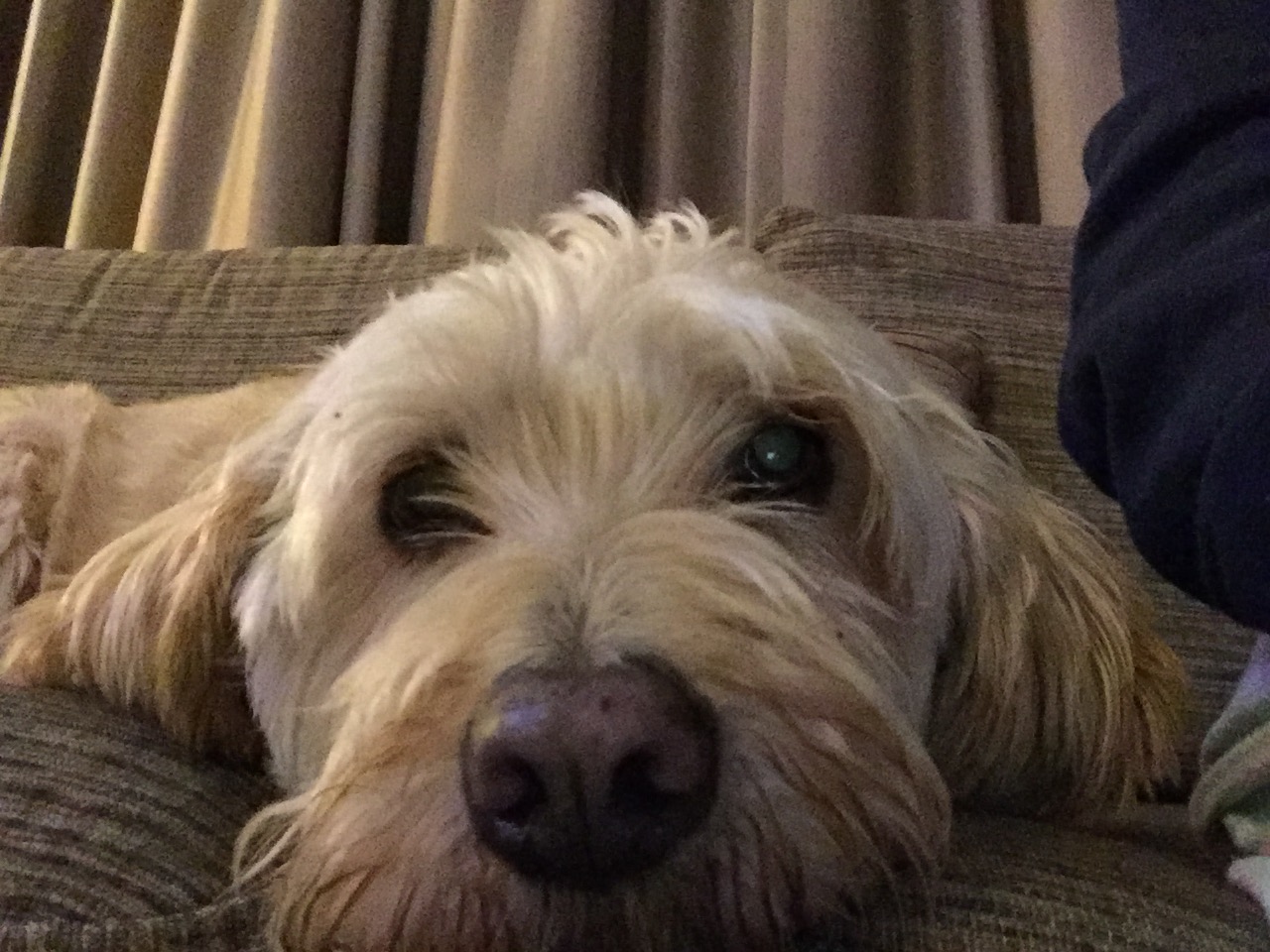 A HORRIFYING dog attack in Maffra on Thursday has re-ignited calls for animal control laws to be strengthened and rogue dog owners to be held more accountable.

The attack happened in broad daylight, when Sue Serein was walking her 12-year-old dog on a lead along Alfred St.

Without warning, the two were ambushed from behind by a Staffordshire Bull Terrier-cross, which grabbed the older dog by the neck and began thrashing it around “like a rag doll”.

Scared that her beloved ‘Molly’ would be killed, Sue risked being attacked herself and tried unsuccessfully to pull her dog away.

She was able to grab the other dog’s collar, but in the tussle the 59-year-old was knocked to the ground and suffered severe bruising and cuts.

The commotion alerted neighbours who rushed to help, and while the dog was eventually forced to release Molly from its grip, it took three adults to hold it down until a ranger arrived.

Sue described the people who came to her aid as “heroes”.

“Without their help I’m sure my dog would have been killed as I would not been able to deal with its strength,” she said.

Bleeding profusely, Molly was rushed to Maffra Animal Clinic, where she was treated for a serious puncture wound and cuts.

The frightening incident is the fourth time in 12 years Sue has had her dogs attacked by other dogs while walking the streets of Maffra, and she is worried that without stricter laws and better education of dog owners, it would not be the last.

The incident has not surprised the convener of the Maffra Responsible Dog Owner’s Group, Christos Iliopoulos, who said roaming dogs were a common occurrence in Maffra, and that the laws and “lack of enforcement” were failing residents.

“We have tried to get something done about this issue, to encourage the council to look at developing more effective dog ownership laws and enforcement, but little gets done, and so we have dog owners who don’t take their responsibilities seriously and refuse to be held accountable,” he said.

A former Moreland councillor, Mr Iliopoulos said he was considering standing for council in the future.

“We have so many beautiful assets here in the shire, countryside and beaches, and if we had better dog control laws, more people would feel safe to walk around and enjoy it,” he said.

In response to an earlier call for stronger dog control laws by Maffra Responsible Dog Owner’s Group, in late April mayor Alan Hall said the Domestic Animal Management Plan was due for its four-year review in 2021, and would be open to the public for feedback.

In regards to the group’s suggestion of “licences” for dog owners, Cr Hall encouraged them to lobby their local politicians, as that was a state matter that council had no jurisdiction over.

In terms of enforcement, Cr Hall also said it was not possible to always collect unsecured stray dogs because of the large number of domestic dogs in the shire (about 9000), and the three-staged procedure was to return registered dogs with no previous “history” to the owner; serve owners of dogs that did have a history of offending a formal warning; and impound animals and issue infringement notices to owners where a dog had been found at large more than twice.

Incredibly, the attack on poor Molly was not classified as a “vicious attack”, which may have enabled authorities to take stronger action, because there were only puncture wounds, severe bruising and swelling, but no major tears.

The vet told Sue that Molly may lose a patch of skin because of the shearing of underlying blood vessels that would probably cause the skin to die.

“I am lucky Molly is okay, but it was a frightening situation, and now I am stuck with vet bills and an injured dog, bruising to my legs and a sore hip and knee,” she said.

It is understood the owner of the unregistered dog was found and fined. But unless Sue can afford to take the matter to the small claims court, she is unlikely to be compensated for the veterinary costs.

Under the state government’s Domestic Animals Act 1994, councils have several options to deal with dog attacks.

They are empowered to declare a dog to be ‘dangerous’ if is causes serious injury or death to a person or animal, or if it is a menacing dog and the owner has received at least two infringement notices.

Authorised council officers can also immediately destroy a dog, if the officer believes that the dog is behaving in a manner that could result in the dog causing serious injury or death to a person or other animal.