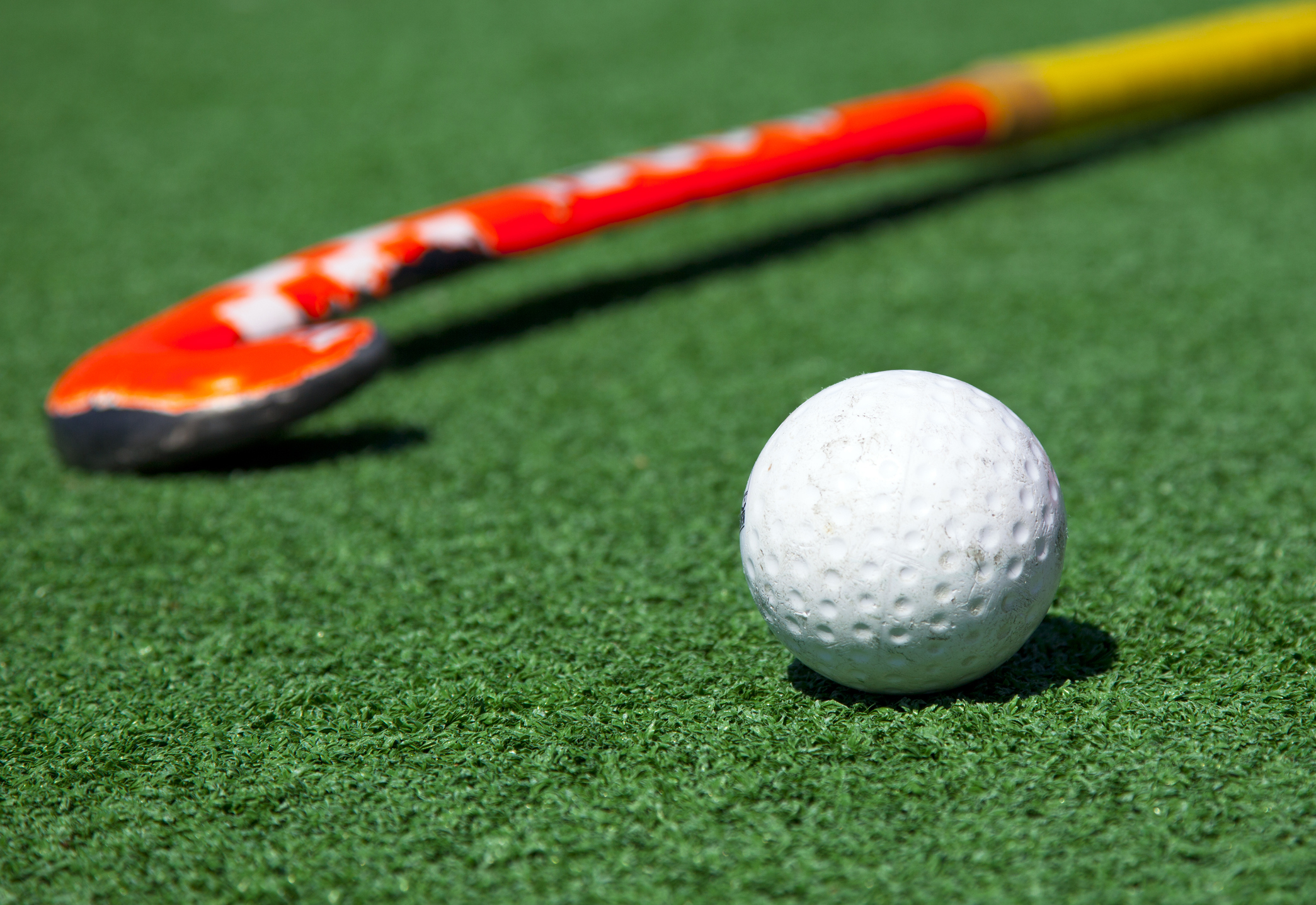 TEAMMATES from various sporting codes will get to train together for the first time since the end of March, when some restrictions on formal training are lifted next week.

The first few weeks of training will be non-contact, meaning coaches will also be charged with implementing appropriate drills to make sure social distancing is adhered to.

Given more than 20 players generally attend local club training sessions, it is understood clubs with limited access to playing surfaces will communicate time sheets to players to ensure separation is maintained.

Players and coaches returning to training face the unique situation of preparing for games that may not go ahead.

Some may even be looking further ahead, and use this time as an extended pre-season heading into 2021, while coaches locked in for next season could also be working on solidifying a list to hold the premiership cup up in 16 months time.

With restrictions slightly different across football, soccer and hockey, representatives from the codes are optimistic a return to training will be beneficial one way or another in the long run.

REALISTICALLY, local footballers who have looked after themselves and done the right thing in the interim should return as fit as they’ve ever been.

Given the fact there has been no games, players would not have been forced to spend days recovering after matches, or going through the week-to-week grind of getting up for the next encounter.

While many may look at the negatives, local coaches may take a few mental notes on the first night back and get a good idea of which players at their disposal are committed. The player who returns in top physical shape will surely do their credentials no harm.

Training in groups of 10 will also give coaches more opportunity to work with players individually.

New Woodside coach Michael Duncan may yet go 18 months between the time of his appointment and first game in charge, but said it was good to return to some type of formal training.

As Duncan explained, the Wildcats playing group had been keeping in touch since the season was postponed.

“Early days we split everyone into groups and assigned a leader,” he said.

“The idea for this was not so much to check in on training but just to check in with regard to health and wellbeing.

“It’s hard as a coach to be in regular and meaningful contact with 40-plus people, so we set those up and we created a team Strava (a social fitness network) set-up and were posting regular training sessions that the team were doing on their own.

“Given how long football season is and how mentally taxing the past couple of months have been, we took a break around mid-April and have just started getting back into it, mainly to avoid injuries and maximise the enjoyment of training when we resume.”

Options for football training will be limited given the no-contact rule, but Duncan said it was important players weren’t just attending training for the sake of it.

“Some blokes have played their entire career without contact, so they likely won’t notice,” he said jokingly.

“Reconnecting will be great, but if we’re going to make the effort to turn up to training then we’re obligated to get the most out of each session.

“It doesn’t matter what level you’re playing at, skills are vital, so we’ll focus on skills once we resume – which makes it more enjoyable for people as well.”

Despite the lay off, any footballer who has played for long enough wouldn’t have forgotten how to kick, mark or handball in the past six weeks, so it is likely trainings will consist of mainly half-ground ball movement drills.

At a junior level, youngsters should enjoy the chance to catch up with friends once again.

As some students are still remote learning, the return to training will be the first time some have seen each other in nearly two months.

Like most coaches, new Maffra under 18 coach Jon Dewsbury was unsure what the next few months was going to look like.

“We want to play there’s just so much uncertainty,” he said.

“The biggest concern is we won’t play at all.”

Having finished runner-up in the Gippsland League under 18s last season, a number of top age Eagles players face the disappointment of not having the chance to go one better this season and see out their final year in juniors on a high.

“It’s a bit of a pity, a lot of them missed out on a flag last year with Sam Bedggood (as coach), so we were looking to ride the wave this season,” Dewsbury said.

If the season is a write off, Dewsbury had a suggestion for 2021.

“I’d like to see the Gippsland League follow the NAB league and allow six under 19 players to play under 18s,” he said.

“A lot of them need their last year and a pre-season in the 18s to develop before stepping into senior footy.

“In my group, there’s a handful that could play senior footy tomorrow but many still have fragile bodies.”

AS one of the few local winter sports which got a start in season 2020, the only round of soccer to be played before the season was postponed may now be a distant memory when training resumes.

Soccer players will get back on the training pitch, but under strict guidelines which will see no contact, including tackles, throw-ins or even headers.

Sale United senior men’s coach Marc Bain was taking a positive outlook, and said players would be making the best of the situation.

“Everyone is desperate to return to action and regular activity,” he said.

“It will be unusual to operate under some of the proposed restrictions, but we can adapt and make it work.

“With football (soccer) there are definitely ways to work on core skills that don’t involve contact, so we can structure sessions to work on ball work and intensity that will get the players back into shape and ready to commence full session plans once we get the go-ahead.”

Coming to Sale United to take on the men’s coaching job this season, Bain believed the overall challenges surrounding coronavirus would be testing even the top echelon of coaches.

“It has been an eye-opening experience and one that you never really could have planned for, especially in my first year at a new club,” he said.

“However, I’m guessing even experienced coaches would have been scratching their heads over this one. Plans for how to work within the new restrictions are the biggest priority at the moment, so that we’re ready to hit the ground running as soon as we’re cleared to get back into it.

“The club has done a good job of using social media to keep the teams engaged and connected with each other. Our secretary, Darleen Richardson, has regularly been featuring profiles of the players and more recently, we’ve been making sure the players are kept aware of the discussions going on in the Latrobe Valley Soccer League committee.”

Despite only playing one game so far this season, which resulted in a loss to last year’s finals winner Olympians, Bain hoped the messages from pre-season would still be vivid in the players’ minds.

“We were starting to really come together and implement the system and game plans I was looking to introduce at the club (in that round one game),” he said.

“We had a busy pre-season with lots of games, so at least the players were beginning to understand their roles and our preferred playing style.

“In some ways, it will feel like it never happened, but I’m sure that after a couple of weeks of working together again, we can bounce back and be a competitive side again, as we were starting to look more and more previously.”

LOCAL hockey clubs will also return to training, after clubs were in the final stages of preparation for the 2020 East Gippsland Hockey Association season when the COVID-19 pandemic put all work on hold.

During the shutdown, the hockey community has stayed connected through a range of initiatives, including online training sessions.

Hockey Victoria has been conducting coaching and umpire courses, providing an opportunity for individuals to gain experience and accreditation.

With the state government announcing the easing of restrictions, local clubs have been working with Hockey Victoria and their facility operators to get back on the field while meeting the hygiene and physical distancing requirements.

Hockey Victoria has released guidelines in its Return to Play plan, with clubs required to develop their own plan before resuming activities. Clubs are required to implement practices to meet state government requirements, including no sharing of equipment, staggering training start times, cleaning and recording who attends training.

Sale Hockey Club president Mark Benfield said the club was looking forward to being able to provide an opportunity for members to get back on the field.

“Community sport plays an important role, connecting people and improving their mental wellbeing. It has been a challenging time for the community, and these challenges aren’t over, as we continue to learn and adapt to the requirements to provide our hockey program safely,” he said.

The EGHA are looking further ahead and are looking at a range of scenarios for if and when restrictions allow for a season to be conducted.

Participants from all clubs have been invited to complete a survey to help inform part of the decision making.

NETBALL teams have been allowed to begin training.

Netball Victoria this week announced groups of up to 10 people, plus a coach, per court were allowed to train, beginning Thursday.

Training activities must be conducted outside, while maintaining 1.5 metre physical distancing.

Teams have been told to minimise the use of equipment, which must be sanitised after each group’s use.

Netball Victoria affiliates and clubs are required to adhere to the Return to Community Netball guidelines, to assist teams in returning to training in a manner which prioritises the health and wellbeing of the individuals involved in the session, as well as the wider community.

Announcements around the further easing of restrictions, including the return of competitions and programs, will be made by May 31.

While government will determine when indoor sports can resume, Basketball Australia has already realised its guidelines for the return of community basketball.

Balls will need to sanitised and changed each game, while unnecessary contact, including “high fives”, will be banned.

Players and referees will need to arrive ready to play, and arrive no more than 10 minutes before the start.

Under the guidelines, there won’t be matches played on neighbouring courts, and jump balls to begin matches could be replaced with “rock, paper, scissors” to determine which teams gains possession of the ball first.