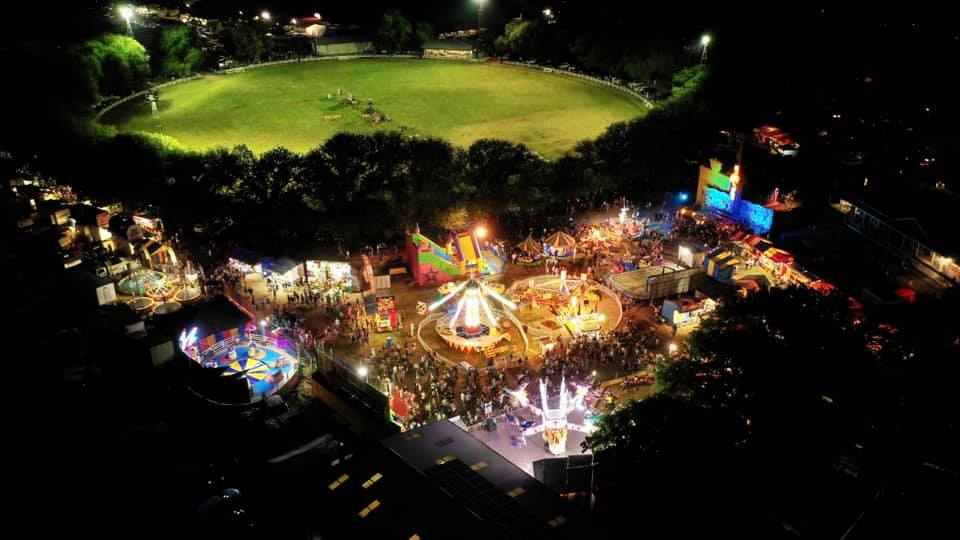 THE shock decision to cancel this year’s Sale and Maffra shows has left organisers devastated.

It is the first time the 157-year-old Sale Show has been cancelled since being called off twice during the war years and comes in the same year as Sale and District Agricultural Society’s 161st anniversary.

On Friday, the society’s president Laurie Jeremiah said organisers had been blindsided by the spread of the news by social media, and had not yet been able to notify all sponsors, exhibitors or judges.

“We only made the decision on Thursday night after a lot of thought and were about to start informing people, but by Friday the news was already out on Facebook,” he said.

Mr Jeremiah, who took on the presidency last year, said it had been an extremely difficult decision to make, but the committee had no choice given the social distancing restrictions and the possibility of a worsening COVID-19 situation.

The committee was now in the process of getting the message out and posting about 400 letters, he said.

Both agricultural societies reluctantly decided to pull the plug on the shows, held in late October and early November, in a selfless move to stop sponsors from losing money, and to protect the community.

Mr Jeremiah said the committee cared about the health of the stewards and judges, many of whom were older, and had to make the “responsible” decision.

“There is also the issue of mass crowds and the risk that poses in these times, and without the crowds there is no show,” he said.

Maffra Show president Tim Dwyer said committee members held off as long as they could, but it was an inevitable choice given the situation, with social distancing restrictions forcing the hand of the Sale and Maffra committees.

“Both of us have serious issues in protecting our elderly volunteers,” he said.

Mr Dwyer said competitors would not be disadvantaged.

In a joint statement, the committees said winners from last year’s show categories would have their events carried over to next year’s regional judging and state competitions, in line with Melbourne Show being cancelled this year.

Mr Jeremiah said he hoped the community would support both shows in 2021.

“We are conscious of all the people this affects, including the young kids who put in their artwork and all the other people who put in many, many hours to get their animals ready,” he said.

“But we will be back, bigger and better,” he said.

Agricultural shows are an integral part of regional communities, providing an opportunity to showcase the best of rural life and raise money for agricultural societies.

Last year’s Sale Show attracted thousands of visitors as well as exhibitors from around the country, and has traditionally been the main fundraiser for the year.

However, despite their sadness at the cancellations and the loss of revenue, organisers are remaining upbeat.

Mr Jeremiah said the committee was committed to looking at other avenues, and would “be okay”.

He said they were fortunate the showground could still derive an income from operating as a caravan park, with about 20 travellers currently stranded by travel restrictions happily staying put in Sale.

Mr Dwyer said the Maffra and District Agricultural Society would be able to redirect the money it had set aside for show entertainment to its ambitious pavilion dome project.

The agricultural society is set to receive more than $254,000 from the federal government to build an all-weather dome over part of the Maffra Recreation Reserve cattle pavilion.

The dome will cover about 60 square metres at one end of the old open-air cattle pavilion, and will be able to open up to provide better access to the food and wine area and give visitors better protection from the weather.

The cancellations follow a long line of scrapped agricultural events around the state, including in Warrnambool, Benalla, Camperdown, Port Fairy and Swan Hill, as well as the Australian Sheep and Wool Show at Bendigo.

Long-time show exhibitor and fourth-generation Bundalaguah dairy farmer Justin Johnston, who runs award-winning Glomar Holsteins, said rural shows helped bring farming communities together and were important social occasions. But he said the cancellations were just a reflection of what was happening in the current health crisis and were not a major deal “in the scheme of things”.

“It is just one of those things that can’t be helped,” he said.

The Johnston family are familiar faces at agricultural shows around the country, with Justin’s father Robert competing at Sale Show 45 times since 1975, and the Johnstons taking out ‘best cow’ more than once.