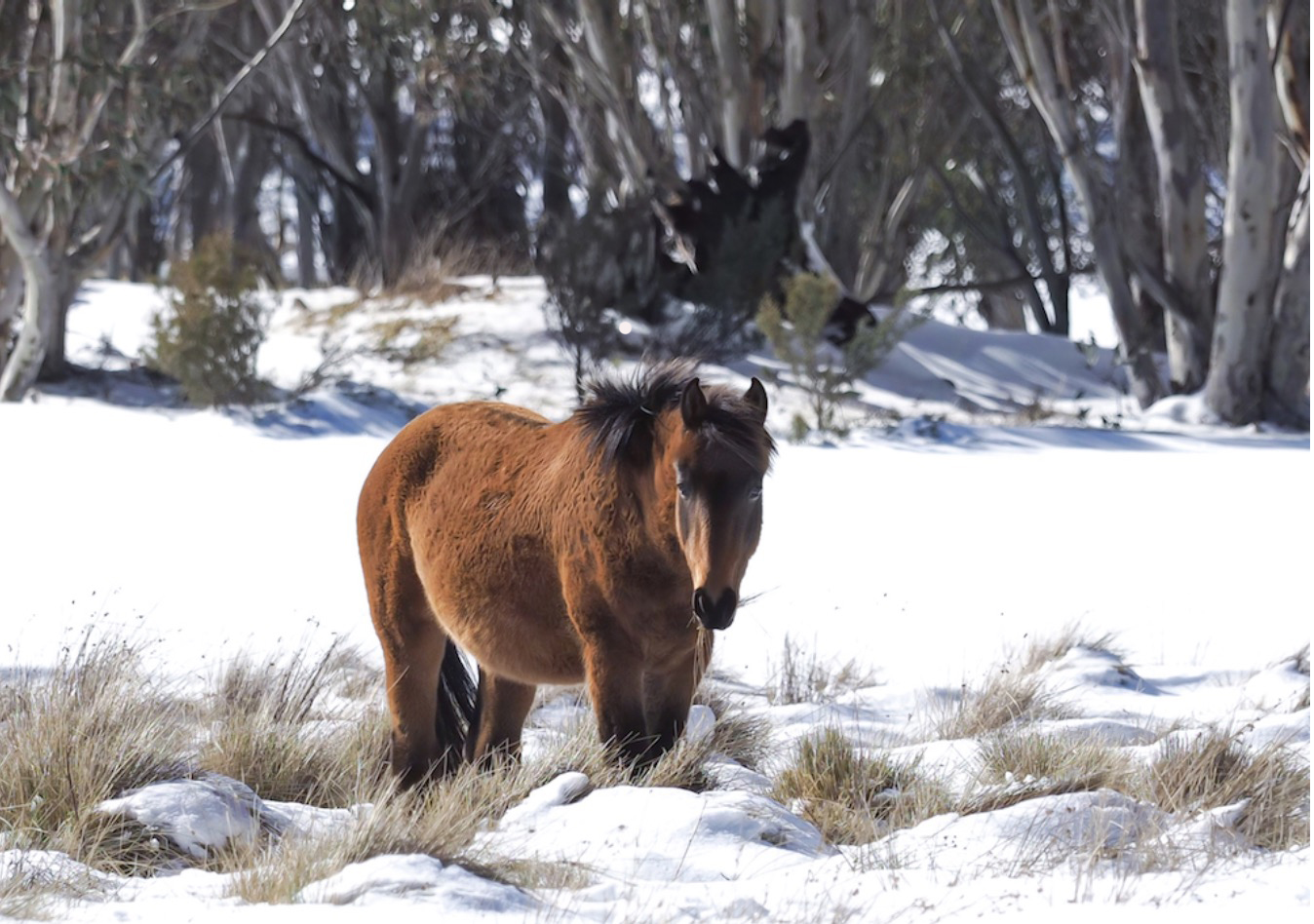 AN Omeo cattleman heading a legal challenge to Parks Victoria’s plan to shoot brumbies in the Alpine National Park has vowed to launch an immediate appeal and injunction if Friday’s Supreme Court judgment does not stop the planned cull.

Phil Maguire told the Gippsland Times on Wednesday he and supporters hoped the court would stop the cull, after Tuesday’s hearing heard Parks Victoria had failed to properly consult with the community when it released its Feral Horse Strategic Action Plan draft policy.

The policy was based around the removal of feral horses through a trapping program, but did not mention a proposal for ground shooting.

Parks Victoria plans to remove about 1200 horses over three years from the eastern alps population, including all Bogong brumbies, but Mr Maguire – who is pushing for heritage protection for the 75-strong Bogong population – said he would not give up the fight to save Victoria’s wild horses, regardless of today’s verdict.

“I will keep fighting,” he said.

“We have supporters from all over the world and there is enormous support for these horses.

“The whole world is watching in disbelief at what the Andrews government is planning,” he said.

“This fight will go on until this cull is stopped.”

The fight to save the brumbies has taken several twists and turns, after Parks Victoria announced on May 8 it would go ahead with a plan to shoot the horses, beginning May 18, following a Federal Court ruling that feral horses were not a protected species and caused damage to the sensitive alpine environment.

This was immediately challenged by Mr Maguire, who took out an injunction against the planned cull.

Parks Victoria then said it would not begin the cull until June 1.

Mr Maguire, who rode to the Bogong High Plains with supporters during the week to round up some of the Bogong brumbies, returned on Sunday night with about 25 of the animals.

He plans to return to retrieve more horses and save them from being shot, but said he hoped today’s court decisions would mean he doesn’t need to make the dangerous trip.

Brumby supporters are calling for a re-count of the estimated wild horses in the High Country, with evidence suggesting horse numbers have already been decimated in the Bogong High Plains and eastern alps by drought, fire and floods.

Australian Brumby Alliance president Jill Pickering said the ultimate aim of the alliance was for a sustainable management plan for the brumby populations, but one that had to be based on correct information.

She said there was clear evidence Parks Victoria’s estimation of wild horse numbers was incorrect.

A 2014 Parks Victoria aerial count showed brumby numbers were as low as 2350 across eastern Victoria, while another last year reported almost double that.

But Ms Pickering said the Australian Brumby Alliance believed less than 1500 wild horses still existed across the entire Victorian Alps because of the fires and floods of 2019-2020.

The question before the court was whether the removal of horses challenged cultural heritage values associated with horses in the Alpine National Park, as defined under the Environment Protection and Biodiversity Conservation Act 1999 and the National Heritage List.

The injunction had led to Parks Victoria suspending the majority of the alpine feral horse management operation, which it claimed had caused feral horse numbers to increase, damaging the fragile wildlife, plants and habitats in the Victorian Alps.

Parks Victoria has said the impacts of feral horses in the Alpine National Park and other contiguous areas had now “reached critical levels”, and without intervention horses would continue to cause long-term and severe degradation of wetlands and waterways.

It’s plan has a focus on areas it says are most damaged and vulnerable, “or are in good condition but have the potential to be impacted by the threat”.

This includes the rare snow-patch communities, such as those found in the Bogong High Plains.

A Parks Victoria spokesperson said it was awaiting the outcome of a Supreme Court hearing decision before it could continue feral horse control measures in the Alpine National Park.