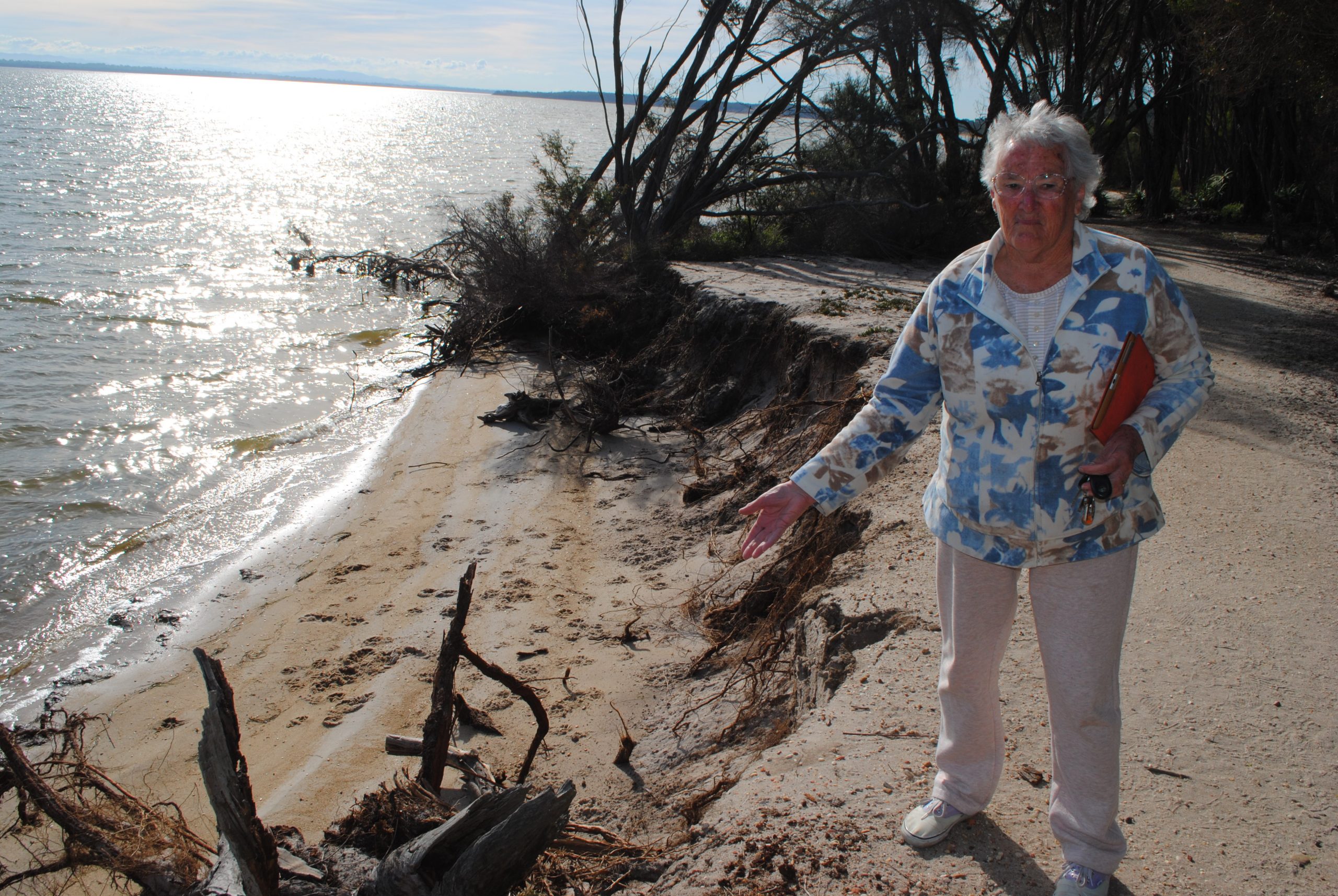 A LOCH Sport resident has raised concerns over the safety of a popular walking track in the coastal town following recent high tides.

Walking tracks along Seagull Drive have been extensively damaged in the past month, as water has washed away the foreshore and parts of the track.

Debris is scattered across some of the track, and a sizeable drop from the edge of the track to the shore has been created in one particularly perilous spot.

Resident of 20 years Judy Oldfield is calling for immediate action to repair the track before someone is injured.

“People use this track all the time,” she said.

“It’s a great walk – always loved it – but this is dangerous.”

The section of track Ms Oldfield said deserved the most attention was at the eastern end, closest to Toorak Avenue.

“We’re not saying they have to put groynes out or anything, but they can bank it up,” she said.

“We’re not asking for much.”

Ms Oldfield said she had sent a letter to council and also spoken with the Department of Environment, Land, Water and Planning, as well as the local foreshore committee.

Like Ms Oldfield, the committee is concerned about the safety of a number of walking tracks damaged by erosion.

“The damage is becoming increasingly severe at each incidence of a high wind day,” the spokesperson said.

“The damage to the track and hence the safety of people who enjoy walking along the track is becoming extremely problematic.

“I have approached personnel in DELWP in Bairnsdale, Traralgon and the city offices.

“It seems my conversations always fall on deaf ears.”

A DELWP spokesperson said it was working through the issue with relevant stakeholders.

“DELWP is working with the Loch Sport Foreshore Committee of Management and Wellington Shire Council to identify the most effective options to address erosion issues along the foreshore at Seagull Drive and long-term planning for the area,” they said.

The spokesperson also pointed to the government’s allocated $11 million for maintenance and erosion management projects to protect the state’s coastline.