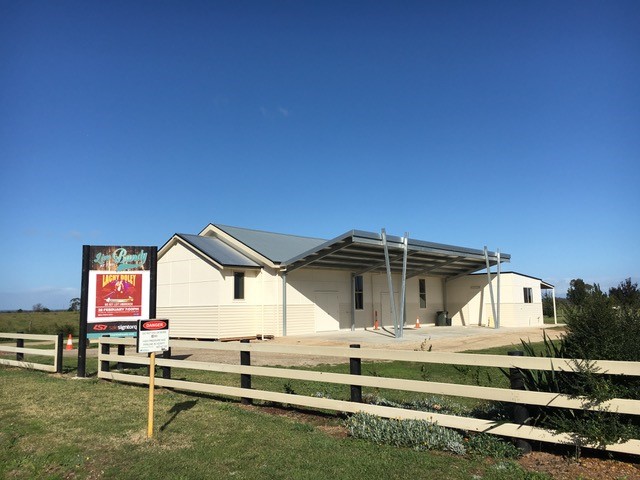 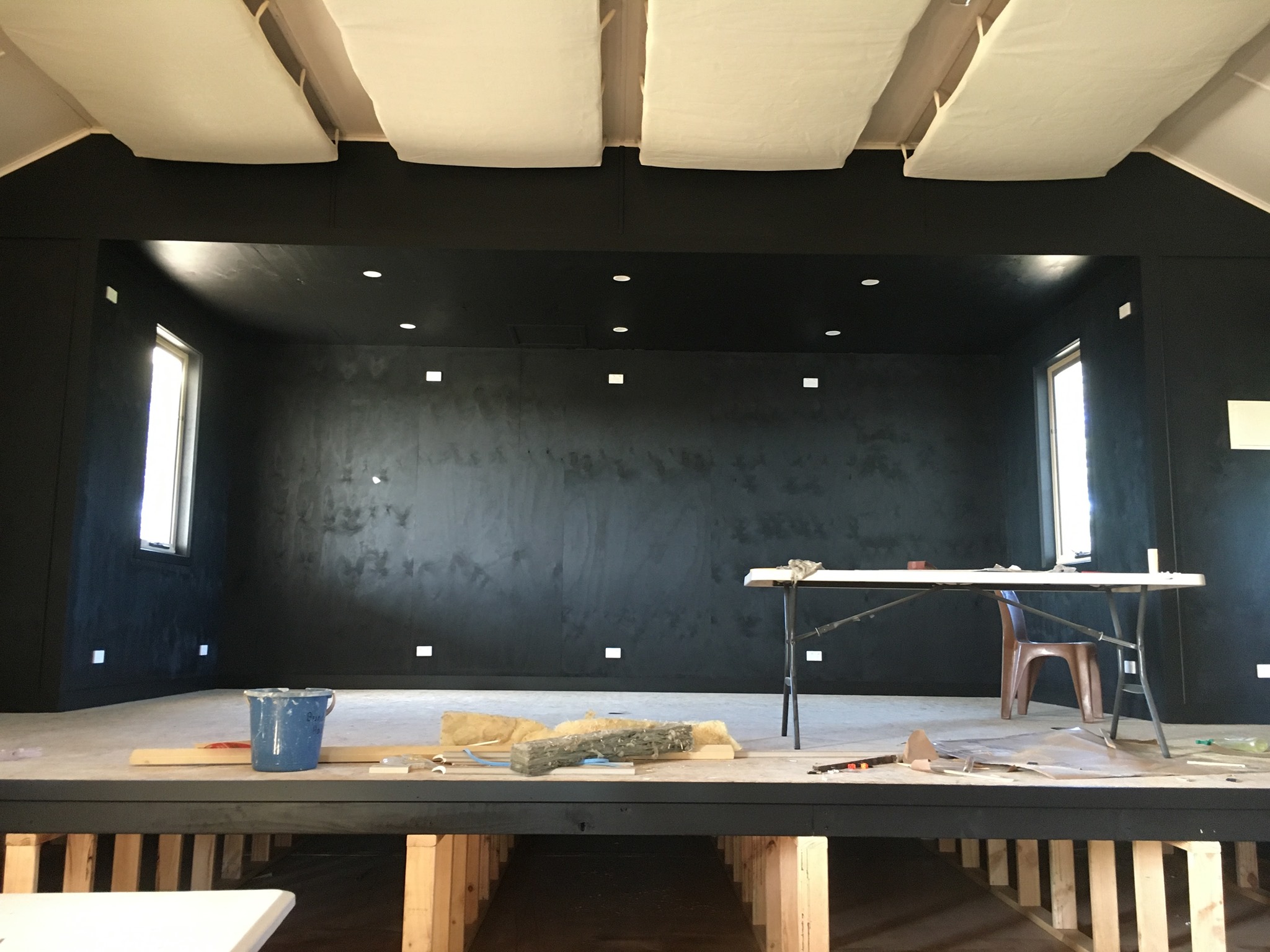 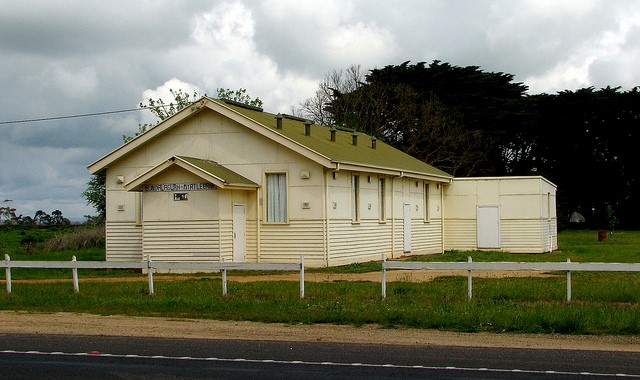 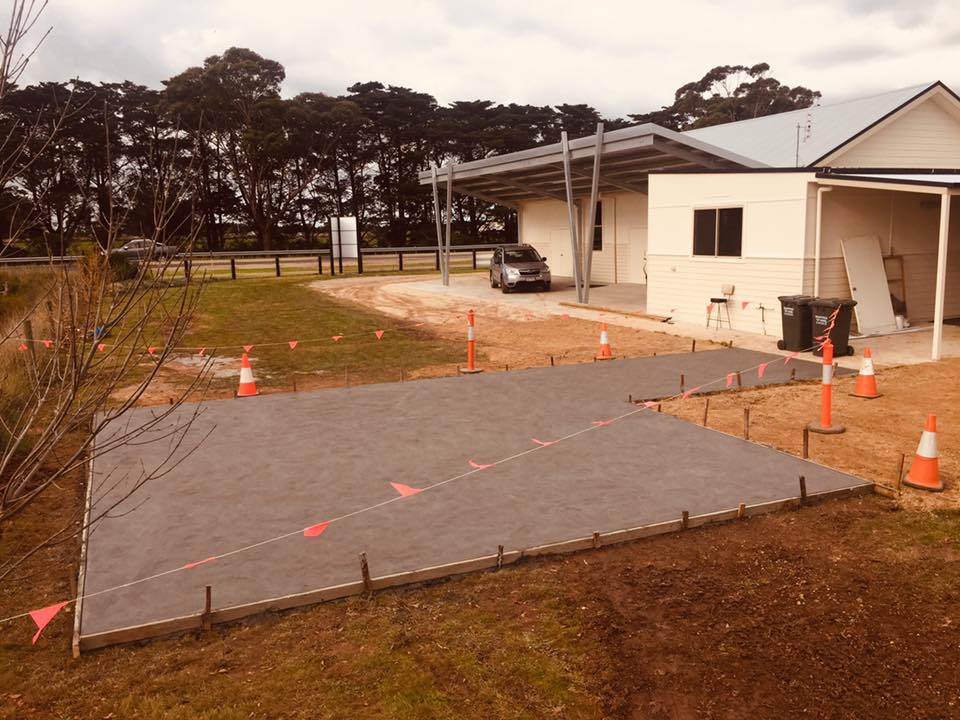 THOSE regularly traversing the Sale-Maffra Rd would be eagerly tracking the progress of one of its older residents, the Bundalaguah-Myrtlebank Hall, through its latest and grandest stage of renovations.

The work in progress has become a much-loved part of the Gippsland music scene, after an enthusiastic new committee transformed the dilapidated community hall into a celebrated live music venue.

While renovations on the hall began back in 2013, lately the hall has undergone some more conspicuous upgrades, such as a new undercover area and an extension to house a new green room.

The $300,000 project is funded by the Latrobe Valley Authority, John Leslie Foundation, Wellington Shire Council, and the committee, which was able to contribute about $40,000 in fundraising and small grants from Esso and Greyhound Racing Victoria, as well as $40,000 in in-kind support, volunteer labour and donated materials.

Originally built in 1954, the hall has hosted plenty of events over the years, such as balls and dances broadcast on live radio or end-of-year concerts performed by Bundalaguah Primary School students.

In 2012, the hall was closed because of old, faulty wiring which some local rats had taken a fancy to.

The community rallied, and Wellington Shire Council agreed to repair the wiring.

This triggered a reinvigoration of the hall’s committee, which managed to get the hall back to a good useable state. but had plans for more.

Paul Versteden, from the Live at the Bundy committee, said the longer term plan was for a substantial makeover, giving the committee badly needed storage space and an overall tidy up.

“Due to the success of the hall and the Live at the Bundy music events, this plan has evolved into transforming the Bundy Hall into an amazing community venue suitable for all types of events and setting the highest standards for live music,” he said.

Between 2014 and COVID-19, the non-commercial, not-for-profit, intimate live music venue hosted more than 80 high quality local, interstate and international artists under the Live at the Bundy banner.

Conveniently for the team, the hall was already closed for building works during March and April, so the pandemic has not affected its performance schedule too badly.

Most of the building works are now complete, and the committee is now using the extra time restrictions in place to “improve on our beloved Bundy”.

“We now have a bit more time to get things finished,” Mr Versteden said.

“The new lay-out will enable a much better flow and access for the public on show nights.

“Improvements to sound and lighting will take our shows to another level.

“We also have a much bigger stage which will open the doors to more show possibilities.

“Everything will be a bit more streamlined.”

Recently, the slab for disabled parking was poured.

“We will also be installing a gravel track right around the car park along with reticulated water to get the gardens up and running,” Mr Versteden said.

“The new sound system is currently under construction and the added acoustic treatment is to be finalised.”

Inside, the new accessible green room has been plastered, painted and carpeted, a new stage as wide as the hall itself has been built and sealed, and the supper room and entry foyer has been transformed.

The committee is currently looking at its final flourishes, such as installing some lit-up signage which will visible from the road.

Mr Versteden said it was immensely rewarding to be part of the project and see the committee’s hard work come to fruition.

“The community that has rallied and evolved to support the entire Bundy experience is a thing to cherish,” he said.

“We have managed to realise the dream of a first class space for live music whilst maintaining the community feel and ownership of the venue.

“This community has grown to love the Bundy team to continually improve and expand.

“Powered by the people, for the people … the music must never stop!”

In that spirit, the committee has begun re-adding events to its calendar, in the hopes social distancing restrictions will be lifted in a few months, and it can get this party re-started.

To keep up to date with the Live at the Bundy renovation progress or to check out events it has coming up, visit facebook.com/liveatthebundy or www.liveatthebundy.com.au.