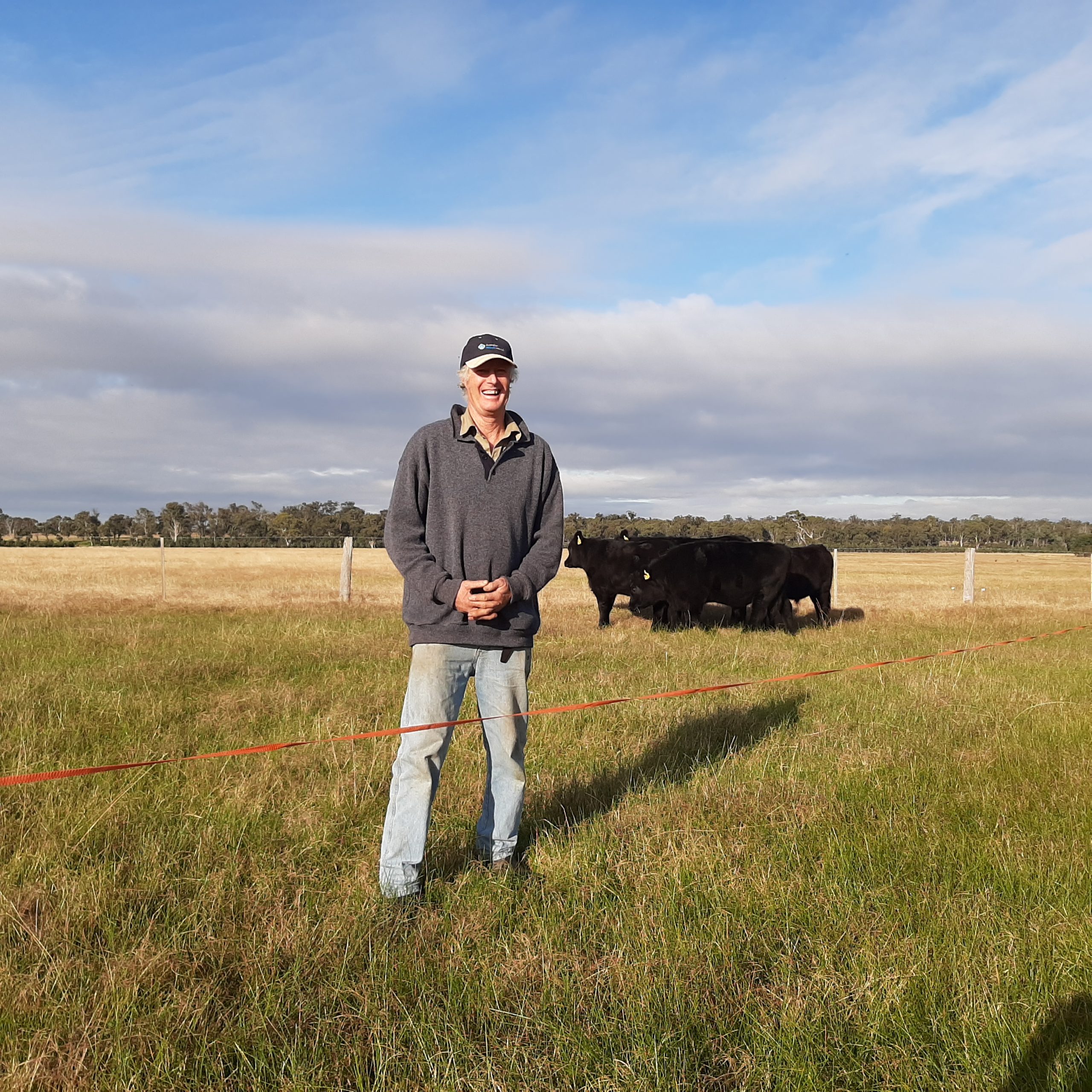 ANYONE who thinks farmers don’t have much of a life away from the rigours of farm life hasn’t met Meerlieu farmer, conservationist and broadcaster Craig Bush.

While farming has been Craig’s business since a young man growing up on his parents’ grazing property, it’s his other passions of caring for the environment and community radio that have made him a bit of a local legend.

The father of two, who runs sheep and cattle on his 404 hectare property at Meerlieu and manages another 526 hectares, has just been named an Order of Australia Medal recipient in the Queen’s Birthday Honours List, for his service to conservation and the community of east Gippsland.

Like many volunteers, Craig’s first reaction to the award was wondering if he was “worthy”.

He says his community involvement has grown organically from an interest in improving his land and the land around him, while his broadcasting endeavours began when as a young man he discovered music could be a means of employment and fun.

As a third-generation farmer, Craig has seen first hand the need to follow good environmental management practices to be able to leave the land in a better condition for the next generation.

That’s where his participation in Landcare began, first with the Tom’s Creek Landcare group and then with East Gippsland Landcare Network, where he took on executive roles and became a valued member for his diplomacy skills and ability to connect people to a cause.

Some of the projects he has been part of include getting shelter belts planted on properties in his local area, and covenants placed on land to exclude grazing and preserve native grasses for the future health of the environment.

That, of course, has come at a financial penalty for himself and other farmers involved, but with long term benefits for future generations.

In all, Craig has been involved with Landcare for about 30 years – 10 of those on the board of East Gippsland Landcare.

Today, he is no longer a Landcare executive but still works with the Tom’s Creek group, which covers 29,457 hectares in the Perry Bridge and Meerlieu area.

Forging relationships within his community fits well with Craig’s composed but confident disposition, and it’s these interpersonal skills that have helped him run and MC the East Gippsland Beef Conference for the past five years.

Every year under his stewardship the East Gippsland Beef Conference event has sold out, jumping to 210 attendees last year – more than the main statewide conference held in Bendigo.

Although he remains on the organising committee, this year he felt it was time to move on and take a step back.

“I have only ever done things for as long as I have been needed, and then I move on and others step up,” he said.

It’s a mantra that has worked well, including with his involvement in radio and the local music scene.

As a young man in his 20s, Craig started doing radio and disc jockey work after discovering that he could go to parties and get paid for it at the same time.

His friend ran a successful music event in Bairnsdale – Music in the Gardens – and when it was time for him to move on, Craig took over.

“It’s probably one of the best things I ever did,” he said.

DJing at weddings was another favourite, which Craig describes as “being part of something that is the happiest moment in a couple’s life”.

Those early days led to years of further involvement in the industry and opportunities he could not have imagined as a Gippsland farm boy, including working with many up-and-coming local musicians and three years working as a DJ on cruise ships.

It was also an introduction to the formation of community station Radio East Gippsland, which he was involved in for 14 years – two of those as president.

“I have always thought that if I can enjoy doing what I do, and help others at the same time, it’s something worth pursuing,” he said.

“But I also think it is important to know when it’s time to move on.”

Somewhere between meeting and marrying his wonderfully supportive wife Andrea, and having two children, Craig has also been involved in telephone counselling, spending 10 years on the board of Lifeline Gippsland, and 20 years with the former Sale-based telephone counselling service Telafriend.

Asked about the best job he has ever had, Craig said interviewing passionate Landcare members and elder statesmen within the agriculture sector for a Landcare anniversary video remained his all-time favourite role.

And when asked how he has fitted all this into a busy farming life, Craig, now 60, said it was all about “getting on with life”.

“I don’t feel like I have done a lot,” he said. “For me, it has been about doing things I am interested in and just involving myself in the community.

“I’m just lucky I have had the support to be able to do that.”