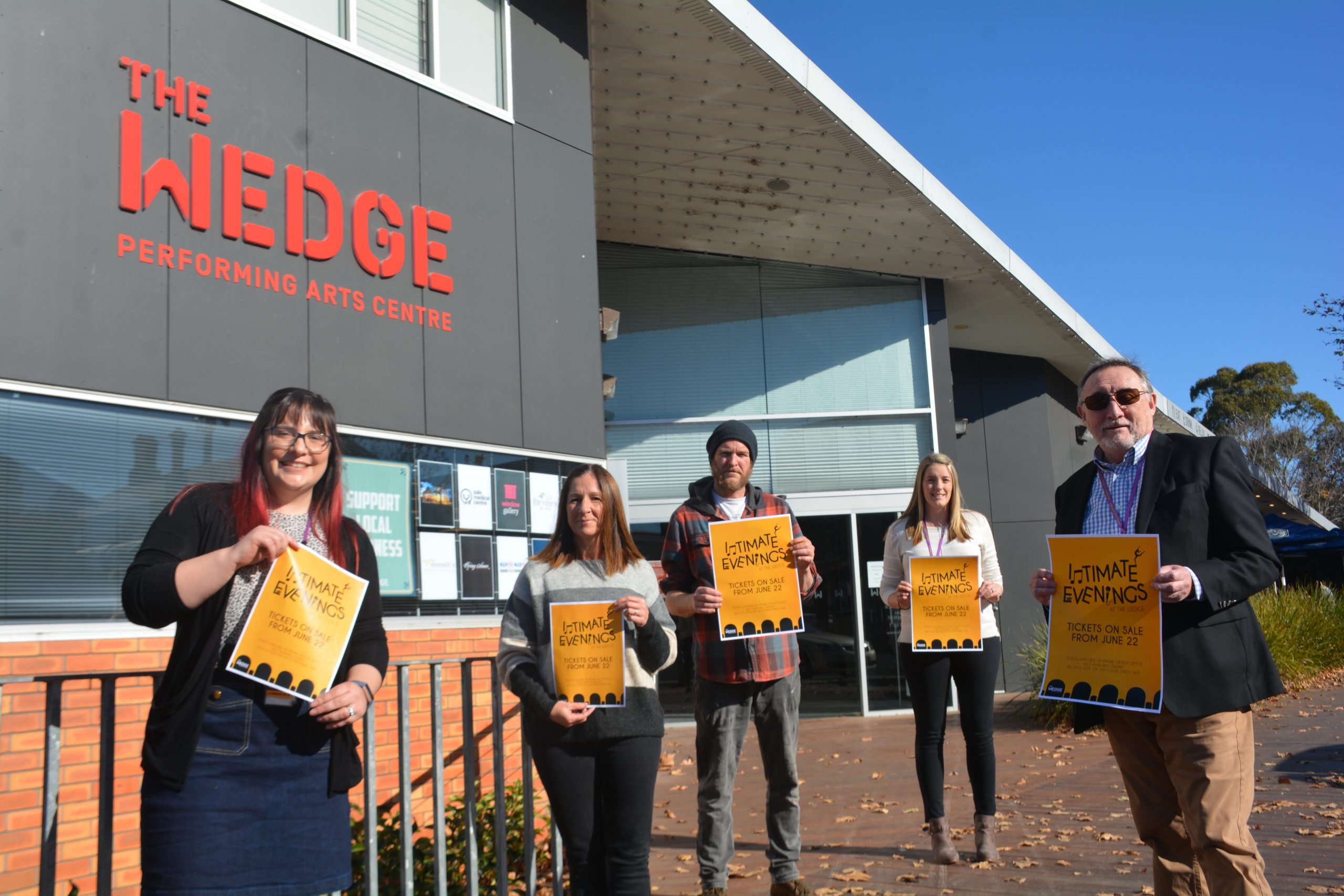 THE local performing arts industry is abuzz as it counts down the days until The Wedge reopens next week.

With shows and performances cancelled or rescheduled in the past few months, theatre goers have been eager to snap up tickets to see the latest artistic talent Wellington has to offer.

In line with government restrictions, only 50 people will be permitted in John Leslie Theatre, and patrons will be spaced out.

Strict cleaning and longer intervals during and between shows will also take place.

Although it won’t be entirely the same, Wellington Shire Council acting performing arts director Melissa Forlano said it was great to have performances back on stage nonetheless.

“I’m relieved that we’re at this stage, and hopefully with everyone adhering to the rules we can keep progressing,” she said.

“What we’re going to be focusing on when we return is really celebrating locals.

“You’re going to see a program really focused on what our community delivers in the performing arts.

“We’ve got Sale Theatre Company doing a couple of productions for us, we’ve got some local writers that we’ve invested in that are producing a cabaret-style play, which will be really cool, and we’re also going to be celebrating our local musicians.”

The Wedge hasn’t been entirely shut down during the interim, with some shows livestreamed, including the popular trivia nights hosted by local councillor Darren McCubbin.

Because of restrictions, Ms Forlano said it would be imperative people pre-booked tickets.

“You will need to book your tickets – we won’t have walk-ups available,” she explained.

“We will need to check everyone off and keep peoples’ details, then in the theatre we will be spreading people out.

“Social distancing will apply and we will be keeping our numbers low and giving people space to make those transactions.

“When you book you can call us or come in.

“We will see you as either a family or couple so you can see it as a household – and then we’ll be blocking seats around to make sure we’re keeping that four square metre rule in place.”

Shows on the horizon include a production detailing what people have been up in isolation.

Wellington Shire mayor Alan Hall paid tribute to the work of theatre staff and encouraged people to get along to support the arts community once the doors were open.

“We’re looking forward to getting back to what we do best and seeing live productions in this amazing theatre,” he said.

“We could use the cash flow I’m sure and let’s just generate some excitement and do what we do because I think this is the finest theatre that I’ve been in for a very long time.

“I’d rather come here than perhaps somewhere in Melbourne.

“I think the shows are fabulous when you come to The Wedge.

“Get on board, do yourself a favour and come and see shows at The Wedge as soon as we’re back in operation.”

The box office at The Wedge will be open from next Monday, June 22.