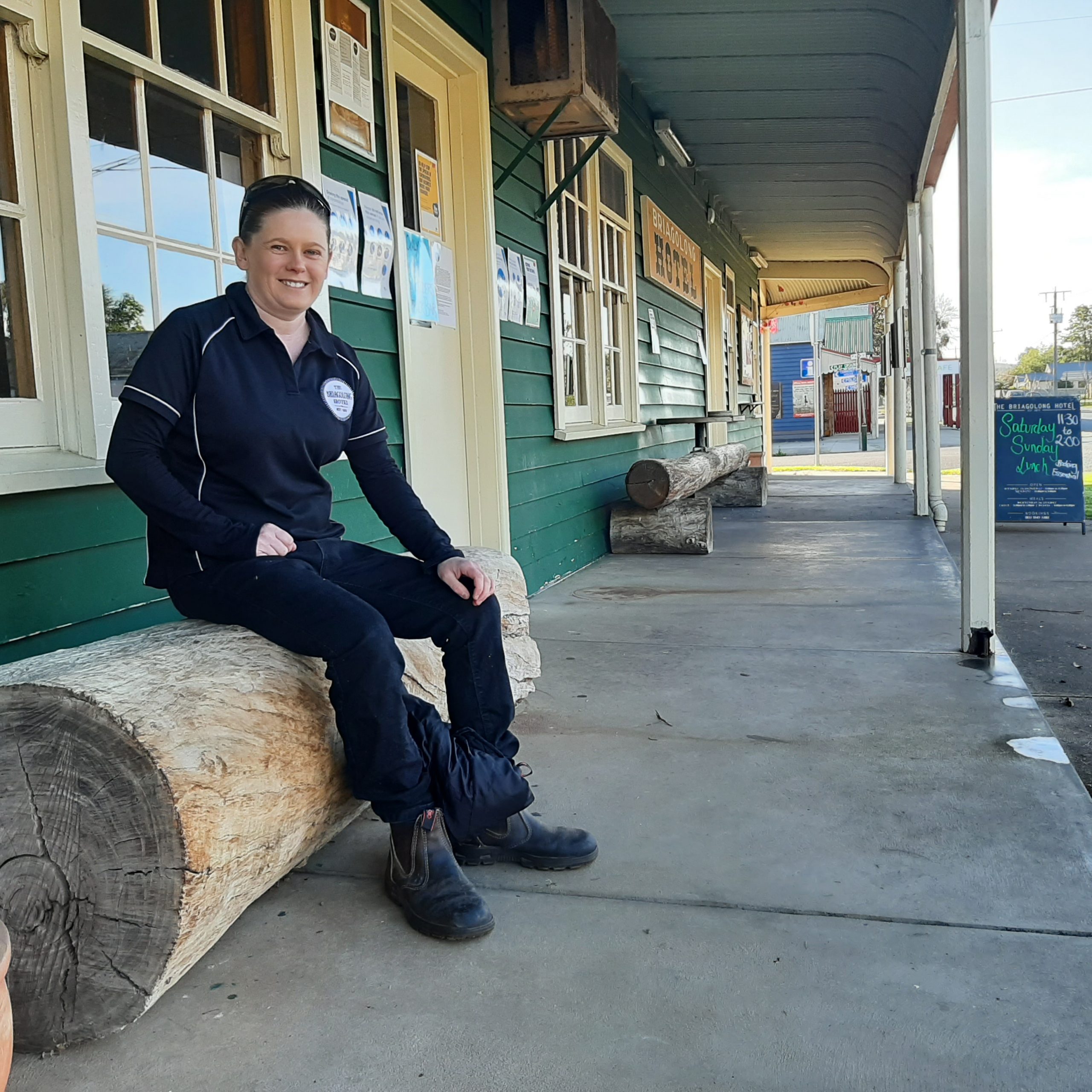 THE local hospitality industry has enjoyed an increase in activity recently, with patrons flocking back to enjoy in-house dining.

While restrictions are still in place governing how many people are permitted in spaces or venues, Wellington Shire’s residents have been quick to book tables at their favourite establishments.

The majority of eat-in venues have established staggered times for people to book, with the first lot sitting from about 5.30pm to 6.45pm, and then from 7pm to 8.30pm.

Oddly enough, the pandemic’s silver lining for many restaurants and pubs proved to be successful takeaway services, and many venues are continuing these as restrictions ease.

As far as the quintessential Aussie pub goes, the Briagolong Hotel pretty much sets the standard.

There’s the rowdy public bar with elbow-to-elbow patronage on Friday nights, and a cosy bistro that provides great food and friendly service.

So when the easing of social distancing restrictions foreshadowed the reopening of Jazz’s Kitchen at the pub, it was a promising signal that life was beginning to get back on track.

The bistro is once again noisy with conversation and life after reopening for dine-in meals from Wednesday to Sunday from 5.30pm and lunches Thursdays, Saturdays and Sundays, from 11.30am.

While things are still a little slower than presocial distancing, there has been a welcome and steady flow of customers.

Chef Jazz Warry, who began her hospitality career at the pub as a 15-year-old, said during the restrictions the kitchen had been cooking close to 300 takeaway meals every week, which overall equated to about a 50 per cent drop in business.

Sadly, it’s a familiar story in the current COVID-19 crisis.

But she said she was amazed by the support she had received from the Briagolong community, which had rallied behind the pub to ensure the cogs kept churning.

“The phone hardly stopped,” she said.

“People were either ringing to order takeaway or ringing just to say they would support us – they wanted us to know.

“But it’s really great to see people back in, and have a laugh with them again – people stir me up as much as they can by coming to the door and asking ‘can I come in for a drink’, but it’s all in good fun.”

The kitchen is able to serve 20 seated diners at a time during two sittings, and there is space for another 15 outside.

Other rural pubs are also enjoying the return, including the Heyfield Railway Hotel and the Cricket Club Hotel in Cowwarr – which was booked out last Friday night.

Both are also continuing takeaway services.

Having the Railway Hotel back up and running is a timely boost for the timber mill town of Heyfield and the local community, given the state government announcement made late last year to close the native forest industry.

Gael McGee from the Railway Hotel said although part of the restrictions were “tedious”, it was pleasing to see patrons once again in the venue.

“It’s been good to see people back and chatting,” she said.

“The biggest thing is people want to be in the bar, but that’s out of our hands.”

One the main players in the local pub game, Jack Ryan’s Irish Bar, Sale, has also welcomed back patrons.

With a number of different rooms under the pub’s roof, limitations are in place on the number of people permitted in various sections.

The bistro can currently allow 20 people, as can the bar, while nine people are allowed in the pool room and 11 in the smokers’ area.

Given customers must currently be eating while in the venue, activity is winding down not long after the kitchen closes, with diners leaving about 10pm.

Ordinarily, Jack Ryan’s would be kicking on until the early hours of the morning on Friday and Saturday nights, with last drinks generally called for just after 1am.

Hotel manager Will Brady said it was good to have faces back in the venue.

“People are understanding about the regulations you have to follow,” he said.

“It (having patrons back) keeps spark in the place.”

Jack Ryan’s may have been ahead of the curve in the takeaway game, having brought in the initiative some 10 days before the lockdown.

Away from pub feeds, cafés and restaurants have been receiving bookings as people seek to enjoy the chance to sit down formally for a coffee or bite to eat.

The team at Portside Food and Wine, Sale, has been run off its feet lately, especially during peak service times.

General manager Brendon Rathnow said the reception from customers had been appreciated.

“It’s super positive that we’re allowed to have people back in, and we’ve had good response from people thanking us that we’re open,” he said.

“It is tough only having 20 in, but we’re just happy to be open again and providing a service for the community.

“We’re doing the best with what we can through the times.”

While it may seem harmless to have a couple more people inside a venue than the 20 permitted, Mr Rathnow said the risks associated were just not worth it.

“We’re only allowed to sit 20 inside so we have to be super strict on it, because the fines are incredible – even if you only have one over,” he said.

“Babies in prams count as people as well, so we have to be really strict on counting people in and booking.”

Given its location, Portside Food and Wine should benefit from the reopening of The Wedge next week.

“They’re looking at some mini-shows at the moment, that will be good to re-inject some revenue back into the town.

“We’ll be happy for that because we can provide a service in partnership with The Wedge,” Mr Rathnow said.

“We’re two separate entities but we try to work together as much as possible, being in the same building, and we like to think we both have a good relationship where we help them out as much as we can and then they’re very compensating as well.”

From 11.59pm on June 21, restaurants, cafés and pubs will be able to increase the number of patrons per enclosed space to 50. Groups of up to 20 people will be able to dine or drink together. They can be seated at the same table. Tables must continue to be spaced 1.5 metres apart. Alcohol will be able to be served without a meal when seated. Bars, pubs, clubs, strip clubs and nightclubs are allowed to open for seated service only, with tables spaced 1.5 metres apart. Retail TABs and TAB facilities inside licensed premises may open.