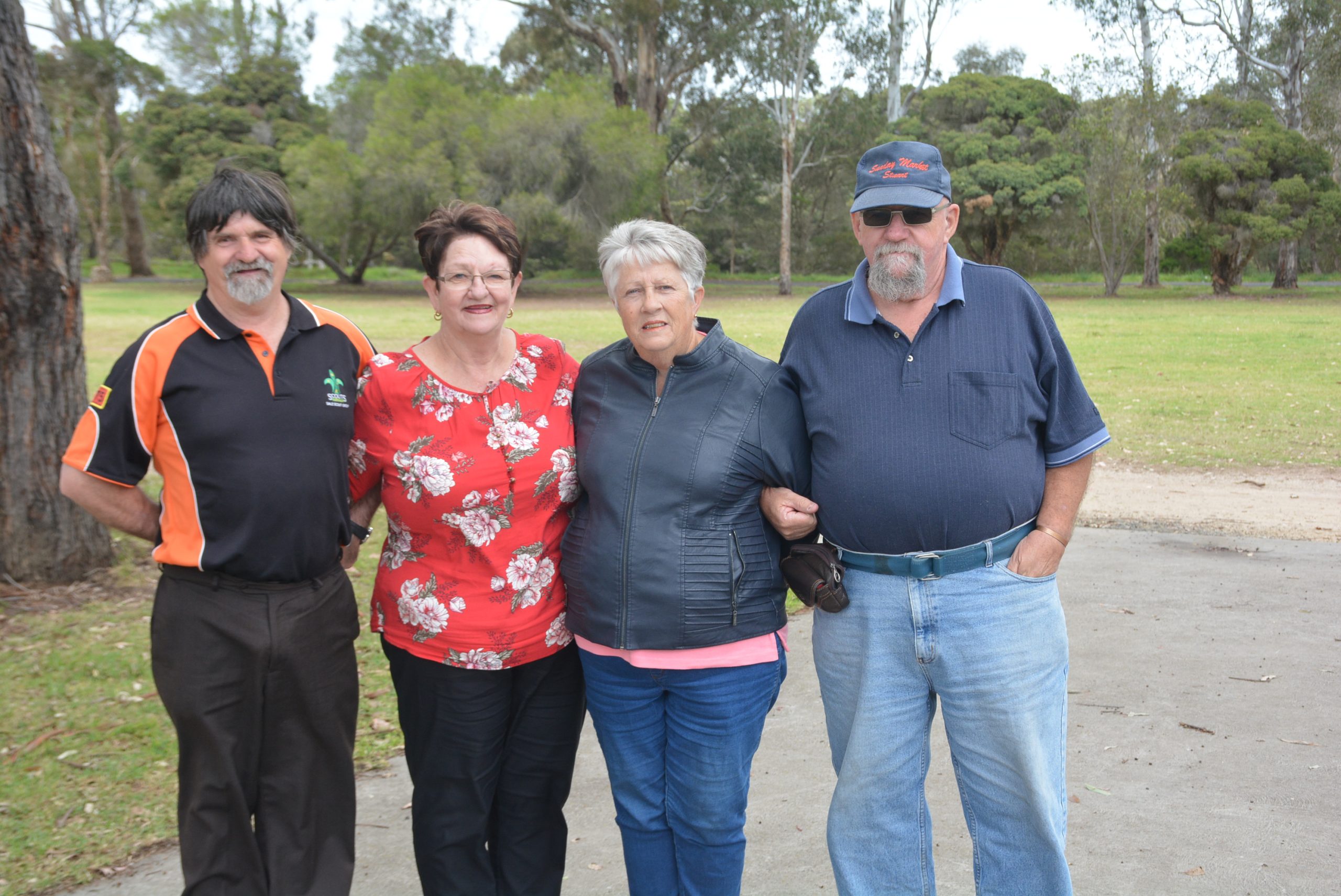 THE long term future of the Sale Sunday Charity Variety Market is in doubt unless volunteers can secure enough money to build a permanent structure at the canal-side site.

For the past 43 years, the market has been run by a dedicated but small band of volunteers who have had to set up and pack up the barbecue tent every time because there is no permanent storage facility.

During those years, the monthly market has raised almost $400,000 for charities and helped countless local families and organisations.

Now organisers are themselves calling for assistance to help build a permanent, powered structure to ease the burden of setting up and to enable them to expand their services.

Market secretary Angela McKie said if the market was unsuccessful in getting Wellington Shire Council’s help towards the $139,000 cost of building a storage shed, it could spell the market’s imminent closure.

The market has already raised $20,000 of its own money, and is planning to step up its fundraising campaign.

But without the council’s help, things are looking grim for market organisers and the charities they help.

“We are all getting older, and can’t keep doing the packing up and work involved in getting things ready, so the worst case scenario would be that maybe we couldn’t go on much longer,” said Mrs McKie, who has volunteered with her husband Stuart for 26 years.

“I really hope not, because it is such a good market, and we have such a good system and a great following of stall holders and customers.

“Many people tell us it’s one of the best markets they have been to.”

The volunteers currently have to arrive on site at 4am to set up on a concrete slab, erect a large tent and bring in tables, barbecues, food, utensils, bowls, cutting boards, water, a caravan, cool room, slicers and graters and much more.

Mrs McKie said a permanent structure would mean the volunteers – many of them elderly – would not have to arrive so early, and enable organisers to provide coffee, and possibly some other hot foods in the future, to add to the takings.

“The public has asked for coffee for years – we know there is a real need and we would like to be able to offer it,” she said.

“Yes, we could let someone else come in with a coffee van but we would lose that income, so we want to be able to do it ourselves.”

Apart from donating monthly to different charities and causes, including some school breakfast clubs, market organisers generously contributed to the building of a toilet block at the Sale Canal Reserve, which conveniences market goers and stall holders, and is also used by another community groups.

However things are not looking good for the volunteers this coming financial year.

Council has not allocated any money for the construction of an equipment shed at the Sale Canal Reserve in its 2020-21 budget, which it will adopt tonight.

Instead, the storage needs of the Sale Sunday Charity Market will be considered in the master plan proposed for the reserve.

Representatives of the market committee will be invited to be included in the design of the reserve master plan.