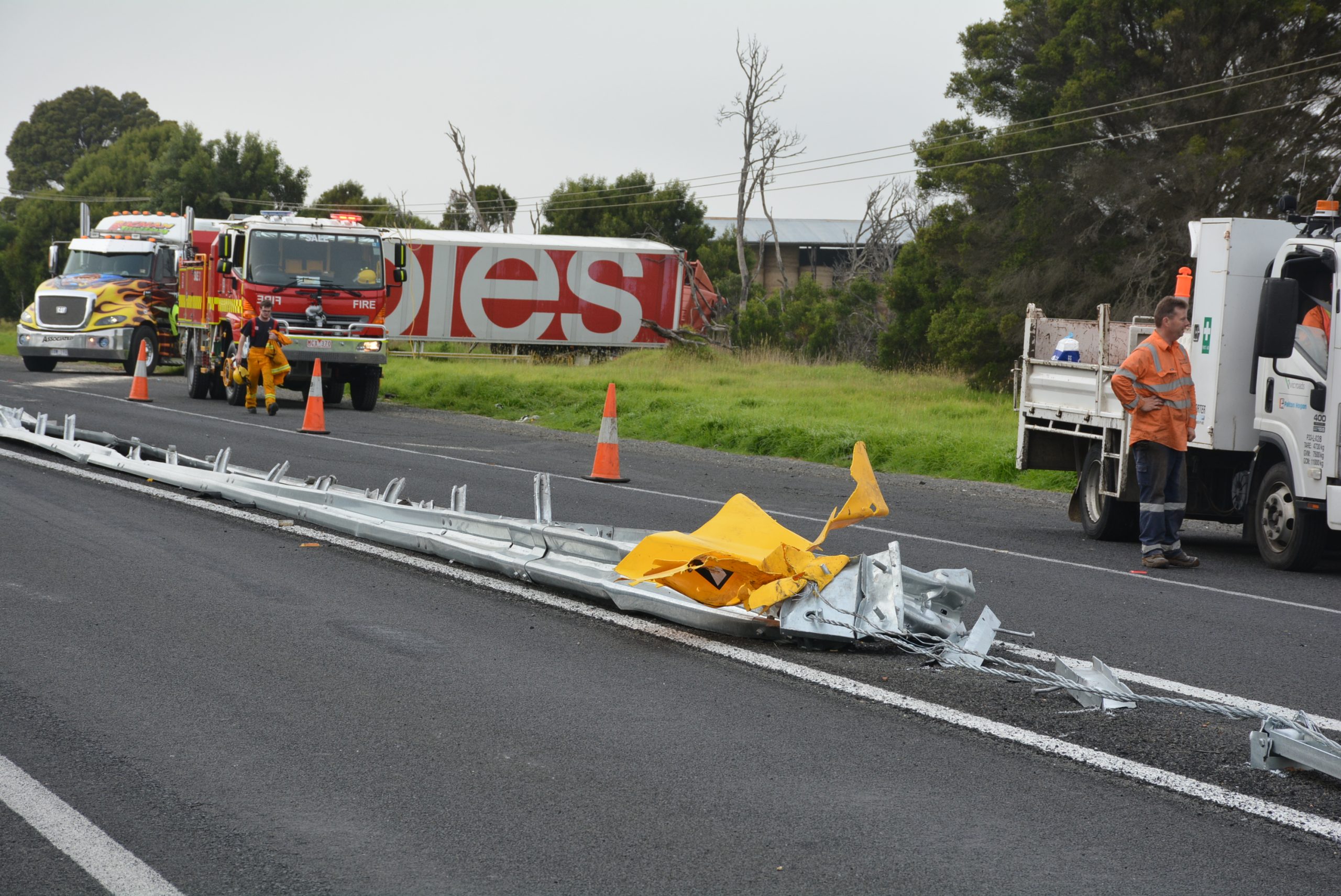 THE public response to a report that found VicRoads did not adequately consult with community when implementing its contentious safety barriers program, and may have overstated costratio claims to justify it, has been swift and strong.

Gippsland road users hope the audit will support their push for the barriers to be removed.

Truck driver Matt Fourken, who drives the section between Stratford and Bairnsdale every day, said the barriers had increased the risks on the road.

He said he had witnessed at least four serious accidents on that stretch since the roadworks, all of them involving the barriers.

“VicRoads didn’t listen to our concerns – when there is an accident, there is just nowhere to go – the road becomes a nightmare for every other road user,” he said.

“I don’t understand the method behind it, it’s appalling – it’s too narrow.

“At the very least, keep the centre barrier and remove the side barriers – they are dangerous.”

Mr Fourken said Gippsland had been spared a lot of heavy traffic in the past eight months because of the bushfires and then travel restrictions, but the next holiday season with bumper-to-bumper traffic could be horrendous.

He said barriers impaired driver visibility, particularly at night when motorists relied on seeing the “fog line” of traffic in the distance.

“Now, you don’t get that warning; cars are on you before you know it and it can suddenly blind you,” he said.

“And the driving line is the old road shoulder so if your wheel ends up on that it can be really dangerous.”

Mr Fourken said car drivers were more likely now to get “claustrophobic” and drive at slow speeds on the highway because of the barriers and reduced visibility, and that in itself created havoc for truck drivers faced with having to brake and speed up to accommodate them.

“Everyone hates the barriers – cars, trucks, everyone I speak to,” he said.

Local hay carter and truck escort driver Ray Akers said the report highlighted the safety barrier program was a “knee jerk” reaction by VicRoads, which had the money and had to spend it.

Mr Akers also drives the Princes Highway east of Stratford regularly, and said more and more drivers were trying to avoid the barriers by taking the back roads, which were not designed to take heavy traffic.

“The barriers are ludicrous – if you blow a tyre there is nowhere to go,” he said.

“And what’s the upkeep going to be every time someone bumps a barrier?”