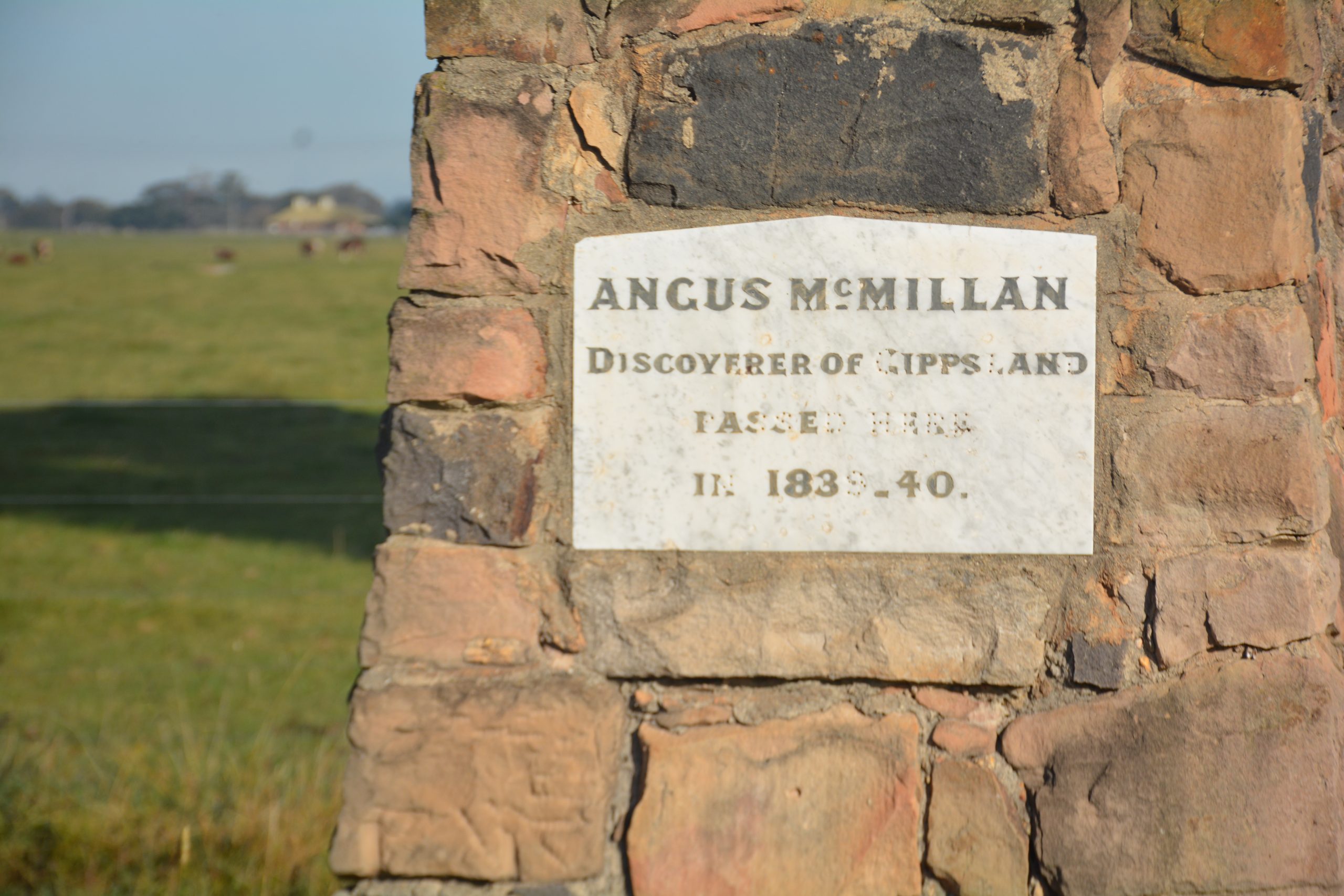 GIPPSLAND MHR Darren Chester and federal Minister for Indigenous Australians Ken Wyatt believe removing memorials and statues of early colonial figures would only divide Australians at a time when it is critical to stay united.

Mr Chester met the minister in Canberra this past week to discuss a proposal to remove historical markers associated with 19th century explorer Angus McMillan.

The motion was defeated five to four at Tuesday’s Wellington Shire Council meeting.

“Now the vote has been taken, it’s time for our community to unite,” Mr Chester said.

“We should not allow this issue to divide us.

“We are more likely to unite our community on sensitive issues if there is an opportunity for debate, negotiation and compromise, if required.

“In this case, I don’t believe the public was given enough time to consider the issues raised by the proposal to remove the historic markers.

“Local residents need to be given the opportunity to fully consider the proposal and possible alternative courses of action.

“This might include adding more accurate historical information to the rock cairns about McMillan and his involvement in the killing of Gunaikurnai people.

“We need to have this conversation in a calm and respectful manner with a full appreciation of the sensitive issues involved and the diversity of views which exist in the community.”

Mr Wyatt said the federal government sought to have the true history of the nation told, so that it reflected indigenous and non-indigenous perspectives.

“In order for us to heal the past, we need to have genuine conversations and understand the history of our nation,” Mr Wyatt said.

“We don’t believe removing statues contributes positively to this conversation.

“The government would rather see an increased focus on our indigenous history alongside that of our European and multi-cultural histories, perhaps through the addition of secondary plaques or appropriate installations to provide the alternative information.”

Gunaikurnai Land and Waters Aboriginal Corporation chairman Troy McDonald last week told the Gippsland Times he was grateful to councillor Carolyn Cossley for putting the motion up, but disappointed that the full council “couldn’t find a way to move forward on this issue”.

“We are proud of our representation to council and of the Gunaikurnai men and women who spoke in support of the motion and in the media,” he said.

“We will continue to strive for progress in matters such as these to help healing in our community.

“We will be interested in how the shire represents the real history of Gippsland into the future.”

Mr McDonald said GLaWAC was happy to know that 78 per cent of the community submissions received by council were in support of removing or updating the cairns.

Only 17 per cent of submissions were in favour of retaining the cairns, while five per cent sought more information.

“Our previous statements on this issue stand – we support a process that will bring healing and greater unification to our region,” Mr McDonald said.

“GLaWAC will continue to work for more appropriate recognition of Gippsland history including the non-Aboriginal history to be told.

“This was one decision by the shire, but these are very real matters, everyday matters for Gunaikurnai people.”

Cr Crossley said she was disappointed that some of her fellow councillors were “deaf” to the community’s indigenous voices and the submissions that backed the monuments’ removal.

“They have missed the moment, this debate is in the community now and we could have made a stand,” she said.

“This council could have led the way and done something that counts.”

Mr McDonald said if Aboriginal people were feeling upset about the decision, GLaWAC would encourage them to talk with friends and community and to contact their local Aboriginal community organisation for support.