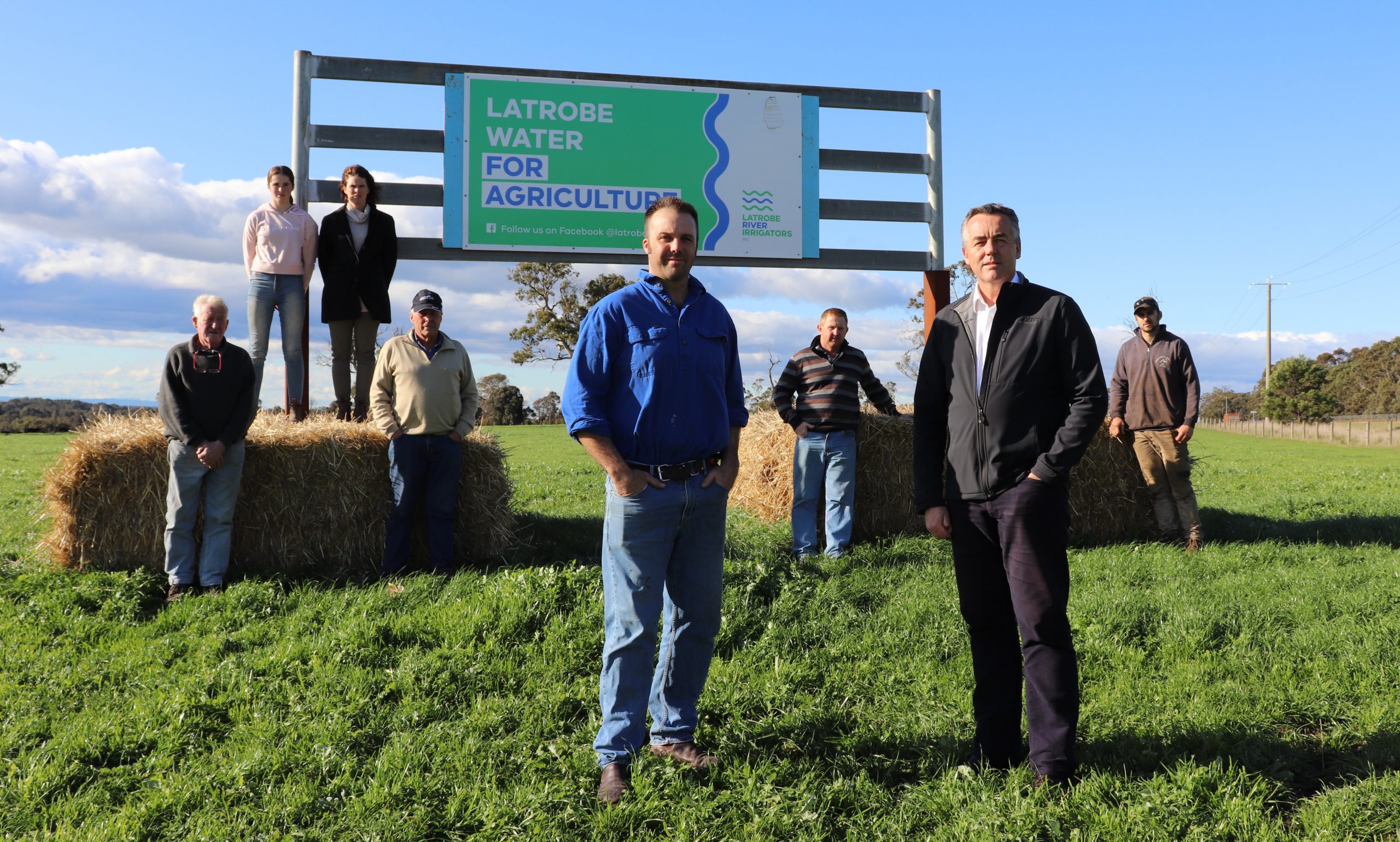 THE state government will spend $500,000 to fund a study which will look at expanding irrigation in central Gippsland.

The feasibility study will examine potential infrastructure options for expanding irrigation development in central Gippsland – based on customer demand and willingness to invest, and water availability.

The study builds on pre-feasibility work undertaken by Southern Rural Water in 2018 to identify potential development opportunities in the Latrobe, Thomson, Macalister and Avon river catchments.

Once complete, the study will assist informed decision-making for any future strategic investment in rural water infrastructure.

SRW will conduct the study and Gippsland communities will have an opportunity to provide their feedback and expertise in helping shape the work.

The work will feed into the government’s Sustainable Water Strategy to be conducted during the next 12 months in central Victoria including Gippsland, which is a regular examination of the water resource and its management in a given region.

The study aligns with the objectives in Water for Victoria, the government’s water plan, to support regional development, invest in infrastructure and help irrigation districts adapt to a drier climate.

Water Minister Lisa Neville said the government had modernised irrigation systems and expanded the water grid in regions across the state, and this work will help provide a sound basis for future decisions.

“That’s why it’s vital to support these farmers by looking at how to adapt to a drying climate,” she said.

Eastern Victoria MLC Harriet Shing said Gippsland farmers had been advocating strongly for their region, and she was pleased the government was investigating ways to potentially boost their output.

Eastern Victoria MLC Jane Garrett said the study was about protecting rural communities against the harsh effects of climate change.

The farm gate value of Gippsland’s food is $1.5 billion a year with the industry generating more than 16,000 jobs.

Gippsland South MLA Danny O’Brien said state government funding for a new feasibility study for expanding irrigation in the region was the culmination of a lot of lobbying and hard work.

“I’m very pleased that the state government has listened to my calls to seize the opportunity to expand irrigation in central Gippsland,” Mr O’Brien said.

“There is a significant volume of allocated but unused water in the Latrobe system that could be, and should be, put to better use supporting irrigated agriculture in the region.

“I have been lobbying for some time now for the government to allocate that water to agriculture, and the announcement of a new $500,000 feasibility study is a step in the right direction.

“I congratulate the irrigators along the Latrobe River who have worked with me to push the government into making this step.”

Mr O’Brien said there was currently about 80,000 megalitres of unused water in the Latrobe system stored in Blue Rock Dam, most of which could be put toward expanding irrigation.

“I have long said that we should be looking to double the size and output of the Macalister Irrigation District, which should be examined by this study, as well as increasing irrigation along the Latrobe River.

“The opportunities for irrigation in part come about as Latrobe Valley coal mine water use winds down.

“As we transition away from coal the sustainable, permanent jobs provided by irrigation could help the region as it transitions.

“I look forward to working with the government and local irrigators on the options which should include consideration of expansion of irrigation along the Latrobe River, transfer of Latrobe River water into the Thomson system and then the MID, and the potential for increased use of glasshouses and high-value agricultural and horticultural production.”

Gippsland MHR Darren Chester said funding to study more irrigation opportunities in the heart of Gippsland was a great win for local farmers.

“I met with Latrobe River irrigators [last] week and agree there is enormous potential for future growth in the agricultural sector if farmers can secure additional, reliable water supplies,” Mr Chester said.

“The farmers have worked hard to secure this funding with support from Gippsland South MP Danny O’Brien.

“Local farmers are well placed to provide input into the planned study and, if it’s feasible, I look forward to seeking federal government funding for infrastructure upgrades in the future.”