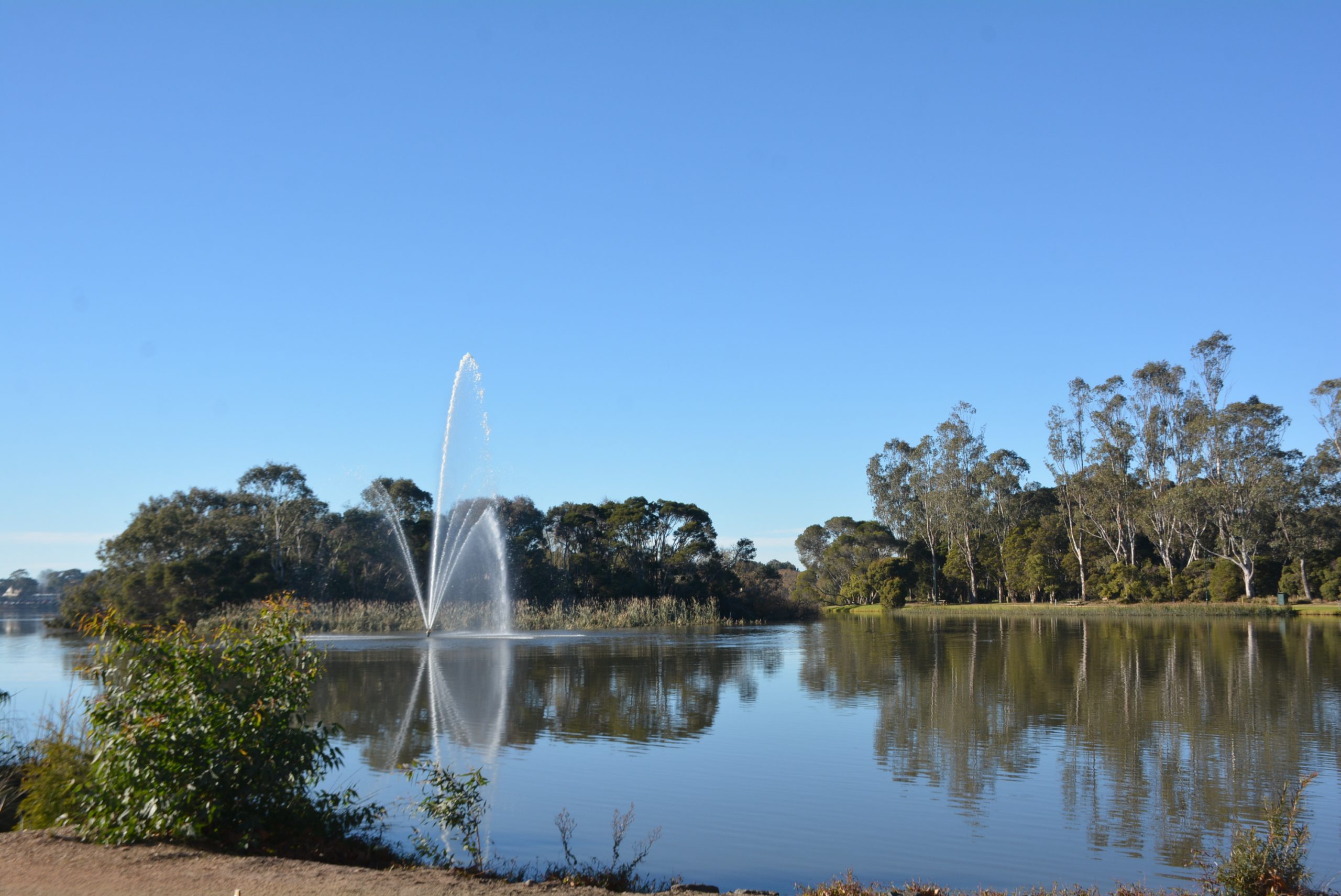 A NEW sculpture is set to become a fixture on the shores of Sale’s Lake Guthridge, and the people behind it are hoping it will spark an important conversation.

Sale-based charitable organisation Bug Blitz Trust has commissioned the sculpture, Biodiverse, with plans to install it later this year.

The artwork has been philanthropically-funded through the trust and the John Leslie Foundation.

Wellington Shire Council provided the land for the sculpture, but did not provide funding.

Biodiverse will be made by Melbourne artist Dr Joel Gailer, who is gaining an international reputation after beginning his art studies in humble Gippsland.

Dr Gailer was scheduled to exhibit in New York, Hong Kong and Spain this year, but these plans were interrupted by COVID-19.

He has teamed up with local Indigenous poet, Electra McClellan, to integrate text and form into the artwork.

The words of local children will also feature on the sculpture, with biodiversity and conservation-themed words and phrases to be included on the final work.

When finished, the sculpture is intended to stimulate people to consider biodiversity from a range of perspectives.

Bug Blitz Trust program director Dr John Caldow said while only part of the overall works had been released, the idea behind ‘Biodiverse’ was to make people to reflect on nature.

“The letters reflect in the water, shadows will be cast on the ground by stone and wood elements, and the work will be living – moss and lichen will grow on the letters,” he said.

“In my view, one aspect of art is how we interpret subject matter from different perspectives.

“A person can see the word biodiverse sliding into the water in decline, or they can perceive it as rising out of the water like a serpent – the bringer of life.”

The sculpture quickly gained traction on social media, drawing both support and criticism, but Dr Caldow conceded everyone had their own point of view, and the sculpture was not intended to be controversial.

“I never imagined the word ‘biodiverse’, synonymous with the word ‘nature’, could raise such debate,” he said.

Bug Blitz is a not-for-profit initiative based in Sale that integrates scientific, educational and creative opportunities to engage people with biodiversity.

During the past 12 years, it has hosted free environmental field events for schools and community groups throughout Wellington Shire.

At the Heart Morass alone, Bug Blitz has enabled some 7000 people to explore the biodiversity that calls the iconic wetlands home.