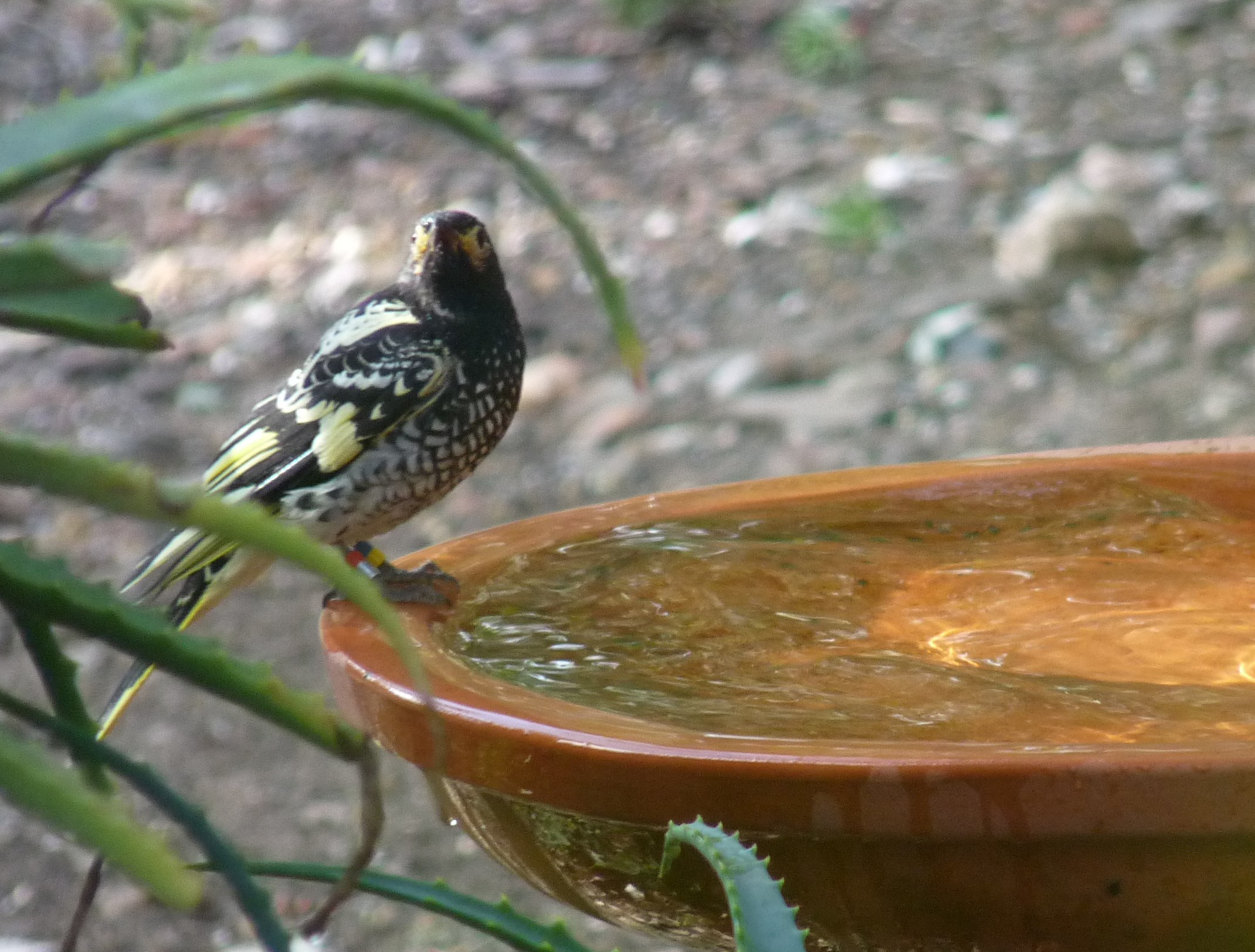 A NATIONALLY-endangered native Regent honeyeater has surprised wildlife researchers after it was photographed in Gippsland, five years after it was released in Chiltern, near the New South Wales border.

The captive-bred male bird, known as blue-yellow red-metal thanks to his unique colour leg bands, was spotted recently in Coongulla, near Lake Glenmaggie, by an eagle-eyed resident.

“While Regents are known to live in the wild for up to 11 years, this is the first time a captive-bred bird has been sighted five years after release,” Mr Ingwersen said.

“He was two years of age when released into the wild, which means he is now seven.”

“This particular bird has not been seen since late 2015, so it appears he has been wandering the landscape before being re-discovered and photographed in Gippsland.”

Coongulla resident, Ms McArthur, spotted it as an unusual species on her garden birdbath and took a series of pictures as definitive evidence of her remarkable find.

Chiltern to Coongulla is about 190 kilometres, as the Regent flies.

According to Department of Environment, Land, Water and Planning’s Glen Johnson, several Regents released into the wild at Chiltern have made their way across (or around) the Great Dividing Range to Gippsland.

“Regent honeyeaters are known as ‘nomads’ because of their ability to fly large distances around south-eastern Australia in search of nectar from flowering trees and have been sighted hundreds of kilometres from their release site,” he said.

“It’s remarkable for a bird which weighs around 40 grams.

“This sighting is a positive sign for the species, which has become threatened due to a loss of woodland and competition with noisy mynas.

“We know that captive-reared birds can survive well within the year of release, and sightings like this prove this to be true. Who knows how many young this bird may have reared in the wild?

“It also demonstrates that community awareness is critical.

“Members of the public play such an important role reporting sighting observations and helping to piece together incredible stories of survival and movement.”