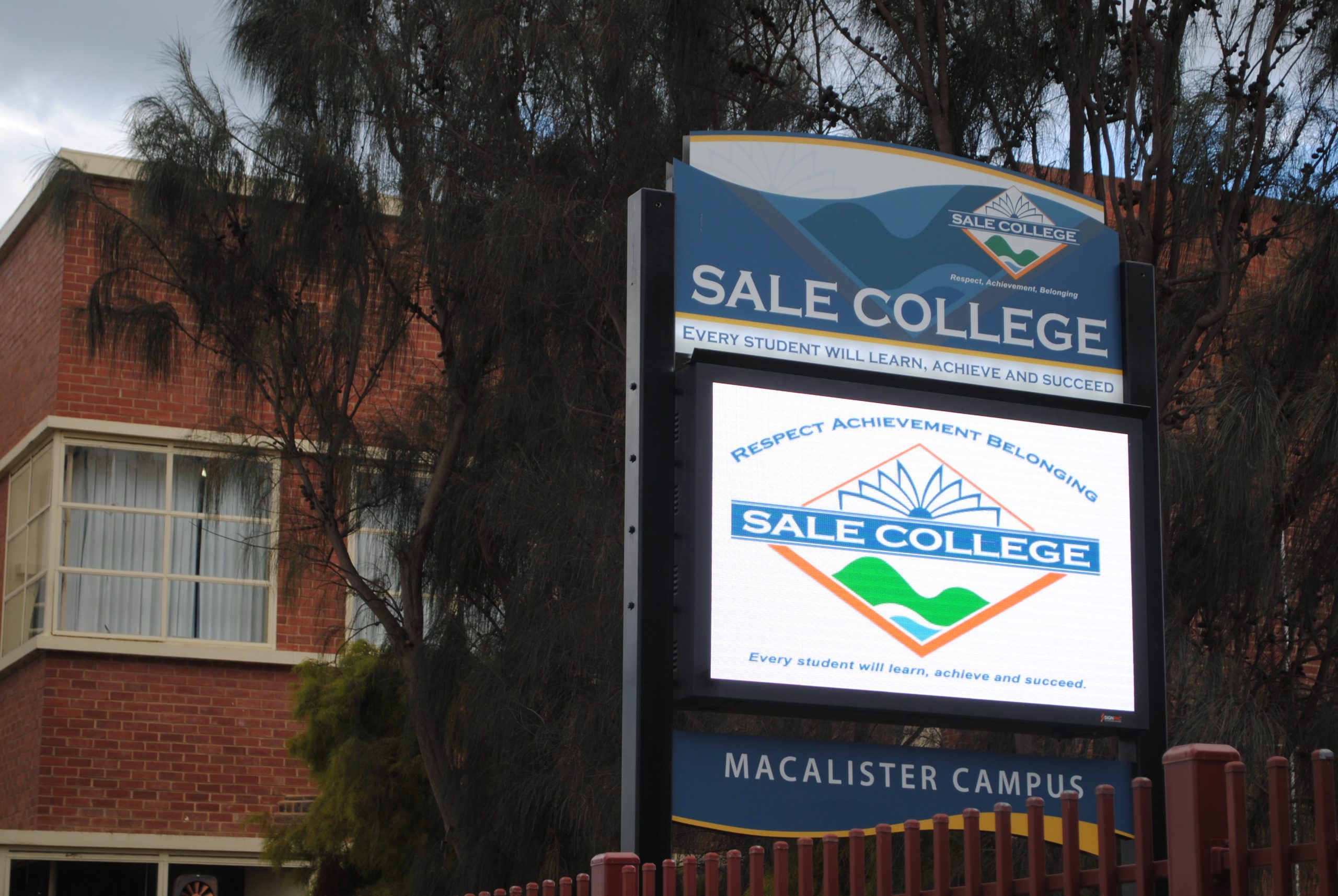 LOCAL politicians are supporting efforts to consolidate Sale College onto one campus.

Wellington Shire Council last week resolved to strongly support the school’s proposal to create one campus, and back the Committee for Wellington in its advocacy for the proposal.

Council will write to Education Minister James Merlino, asking for support to progress the “one campus” proposal by commissioning and funding a feasibility study.

Council will also ask for Education Department staff to work with the school, council and the Committee for Wellington in considering potential sites, as well as support funding for the design and construction for a new campus.

“I began a campaign more than two years ago talking to the local community about support for a single campus,” he said.

“Last year, I wrote to the Education Minister seeking funding for a master plan to outline a future for the two campuses and whether they should be located on a new greenfield site or a redeveloped Guthridge Parade campus.”

Mr O’Brien said so far, the redevelopment had attracted little interest from state government, but believed support from the council, the Committee for Wellington’s dedicated subcommittee and the broader Sale community was allowing the project to gain momentum.

The Committee for Wellington will discuss the one campus proposal with the Education Department at the end of the month.

Mr O’Brien said there was a good opportunity for the state to commit to at least funding a master plan, given its COVID-19 stimulus package had cleared the decks of a number of other education capital projects around the state that would otherwise have had priority over Sale.

“I’m not asking at this stage for many millions of dollars for construction – we just need to get a plan in place and agreement on the location of a redeveloped school,” he said.

“The school community sees multiple problems with having two campuses, and relocating from the Macalister campus would free up an important site in the centre of Sale’s CBD.

“I will continue to work with the shire, Sale College and the wider community to get this project underway,” Mr O’Brien said.

“The successful funding this week of the Princes Highway duplication shows that we can deliver for Gippsland no matter who is in government in Spring St, and I look forward to success for the students of Sale and district.”

Gippsland MHR Darren Chester, a former student at the school, also spoke in favour of the proposal.

“The parents and staff I’ve spoken to all agree that a single campus school is a better model for students and the broader school community,” he said.

“Helping young people achieve their full potential should be a critical aim for our town, and the current structure of two campuses is a barrier to good educational outcomes.

“I’m completely supportive of the community’s efforts to establish a single campus – preferably on a greenfield site.”