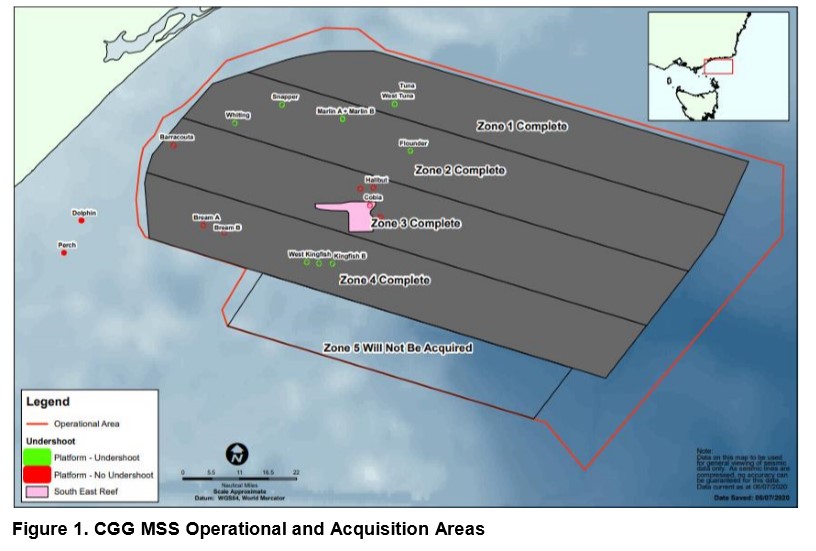 SEISMIC survey activity off the coast of Gippsland ended at the weekend.

The three-dimensional marine seismic survey was carried out in Commonwealth-controlled waters at least 12 kilometres offshore from Seaspray to beyond Cape Conran.

While five zones were initially mapped for combing, the geoscience company only surveyed four.

In 2017, CGG announced it would be mapping the Gippsland basin, to “offer the industry the highest resolution 3D seismic data available in this extremely prospective area”.

At the time, CGG multi-client and new ventures Eastern Hemisphere senior vice president Mark Richards said the Gippsland Basin was an exciting opportunity to show how leading-edge seismic imaging technologies could enable the industry to breathe new life into a mature basin.

“With its well established infrastructure and under-developed resources, we believe this high-end reprocessing project has the potential to regenerate the basin and offer a solution to the projected shortfall in Australia’s east coast gas supplies,” he said.

Stakeholders who would like to comment on the survey, or receive additional information, can phone 1800 501 541, email CGGgippsland@cgg.com or visit www.cgg.com/en.