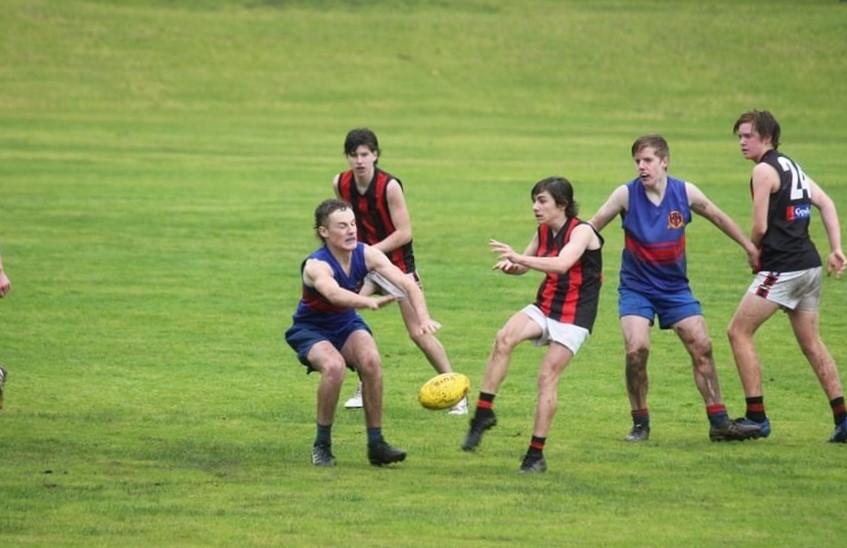 AFL Gippsland commercial and operations manager Nic Fogarty believed it was extremely important for junior footballers to get a season in this year.

Fogarty said the kids deserved a “restart to their normal lives” as well as having an “activity with social connection” and their football clubs could provide that.

“They’ve suffered through COVID-19 as it is through no fault of their own and probably don’t understand as much, but a return to community sport is really important for them,” he said.

Fogarty said it was also dangerous for kids to miss a year of football because it could mean some never return to the sport.

“There is a definite danger for any kid particularly between 14 and 18, if they miss a year of football, they won’t come back to it,” he said.

“So, there’s definitely risks by not having competitions up and about.

“If you look at all the league’s that AFL Gippsland do administer and manage, all of our junior competitions are all playing, because we’re aware of that risk.”

Heyfield Junior Football Club president David Reid said a season was especially important for “top-age kids who will be moving into a higher grade” in 2021.

Reid says it’s also important for “player retention and getting them out of the house and doing a bit”.

“They’re all a bit sick of being on the PlayStation I think.”

Fogarty said there hadn’t been too much of a problem with clubs getting their kids motivated to play footy this year.

“We’ve probably seen an over 90 per cent return rate, they’ve been really excited to play again,” he said.

However, Fogarty admitted it had been hard for clubs to attract new players and volunteers because of the “unknown and the perceived risk of being involved”.

Reid said Heyfield struggled to get just a few motivated from the under 14s age group.

“There’s a few that were on the border line and now they’re thinking twice about it,” he said.

With the rising number of cases in Victoria, some clubs fear that junior football may come to a sudden halt once again.

Reid said his club was under no illusion it might not get a full season in, as the government could announce the strengthening of restrictions at any moment.

“We’re just trying to move forward as a club and do the best we can for the local kids and if it turns around the other way and we’re shutdown tomorrow, we’ll just reimburse registrations and move on,” he said.

“There’s nothing you can do if the government closes you down.”

Running the junior competitions will mean nearly every club involved will run at a loss this year and Fogarty said each club was “making decisions to make it as affordable as possible”.

The COVID-19 restrictions have made it a lot harder for clubs to receive sponsorship money and that’s usually where clubs are able to save money.

Fogarty said he “doesn’t know a number on any clubs that are really struggling but those clubs have probably decided not to play for the year as is”. He said AFL Gippsland had “looked at ways that we can support clubs financially as well as any resources that we can support them with as well”.

The Mid Gippsland Football-Netball League this week cancelled its junior competitions because of the increase in COVID-19 cases in Latrobe City and Baw Baw and South Gippsland shires.

The season was set to begin this weekend, incorporating Alberton FNL clubs ahead of them potentially joining the MGFNL next year.