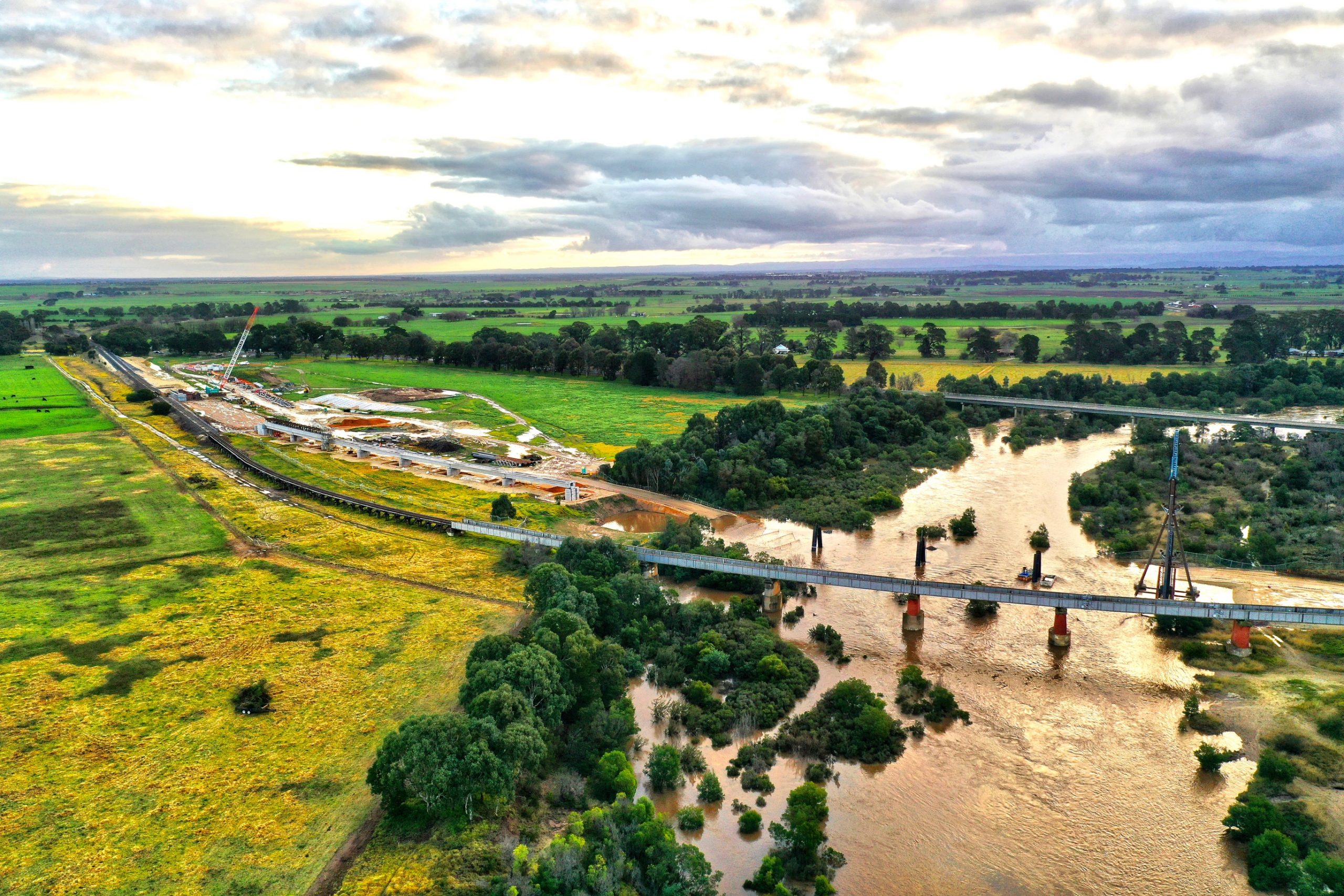 SODDEN paddocks are something Wellington Shire farmers have not seen much of the past few years.

Recent heavy rainfalls in the region are bringing a sense of optimism to the farming community that the wet will continue through spring, and pave the way for a much gentler summer.

Farmers in the Briagolong area reported about 70mm of rain in the past week, setting them up well for good spring growth.

A cold front at the beginning of the week brought substantial rainfall to the southern parts of Australia, tracking over southern and eastern South Australia and into Victoria and New South Wales by the middle of the week.

This brought weekly rainfall totals of more than 100mm in some parts of west and east Gippsland, and average falls of between 10 and 50mm for most of Victoria.

But in true weather unpredictability, not all have been so lucky.

In Giffard West, one of the areas hit worst by years of low rainfall, there are no complaints from Merino farmer Steve Harrison.

Despite the property only receiving three to four millimetres in the three days to Wednesday, Mr Harrison’s surprising optimism is a reflection of the resilience of local farmers who have struggled through years of drought.

During that time, like most dryland farmers, he has had to regularly buy in food and water, but incredibly, says he’s happy with the meagre drops his property has received.

“Look, there’s no point being negative – we are positive more rain will come our way,” he said.

“At least it’s better than this time last year.”

John Mowat, who farms about 404 hectares (1000 acres) in nearby Stradbroke, also missed the heavy rainfalls, but did register 15mm in the past week, and is hopeful of more.

“It’s not much, but there’s food around, and we hope to get it next time,” he said.

Further east in Meerlieu, Craig Bush said around 40mm had fallen on his paddocks in the past week or so, and while he had high hopes for spring, he was realistically cautious.

“There’s still dry feed around, and hopefully this should promote some new growth.

“The frosts and cold temperatures that are expected in the next few weeks will be challenging, but we are hoping for some good spring rain.”

Damien Knibbs at Woodside Wagyu in Woodside North said his property “practically got nothing”, when it was teeming in Sale on Monday and Tuesday, but that was still more than at the same time last year.

“We’ve got good grass at the moment and it’s wet, and we’ve had twice as much rain this year, so that’s pretty good,” he said.

Behind the farmers’ positive approach is the science of the meteorologists, with the bureau predicting a wet outlook and a 50 per cent chance of a La Nia climate pattern bringing good rains by September.

Although the remainder of July is predicted to be drier than average, farmers say soils are still moist from earlier rains, and they are holding on to the promise of September being a good month.