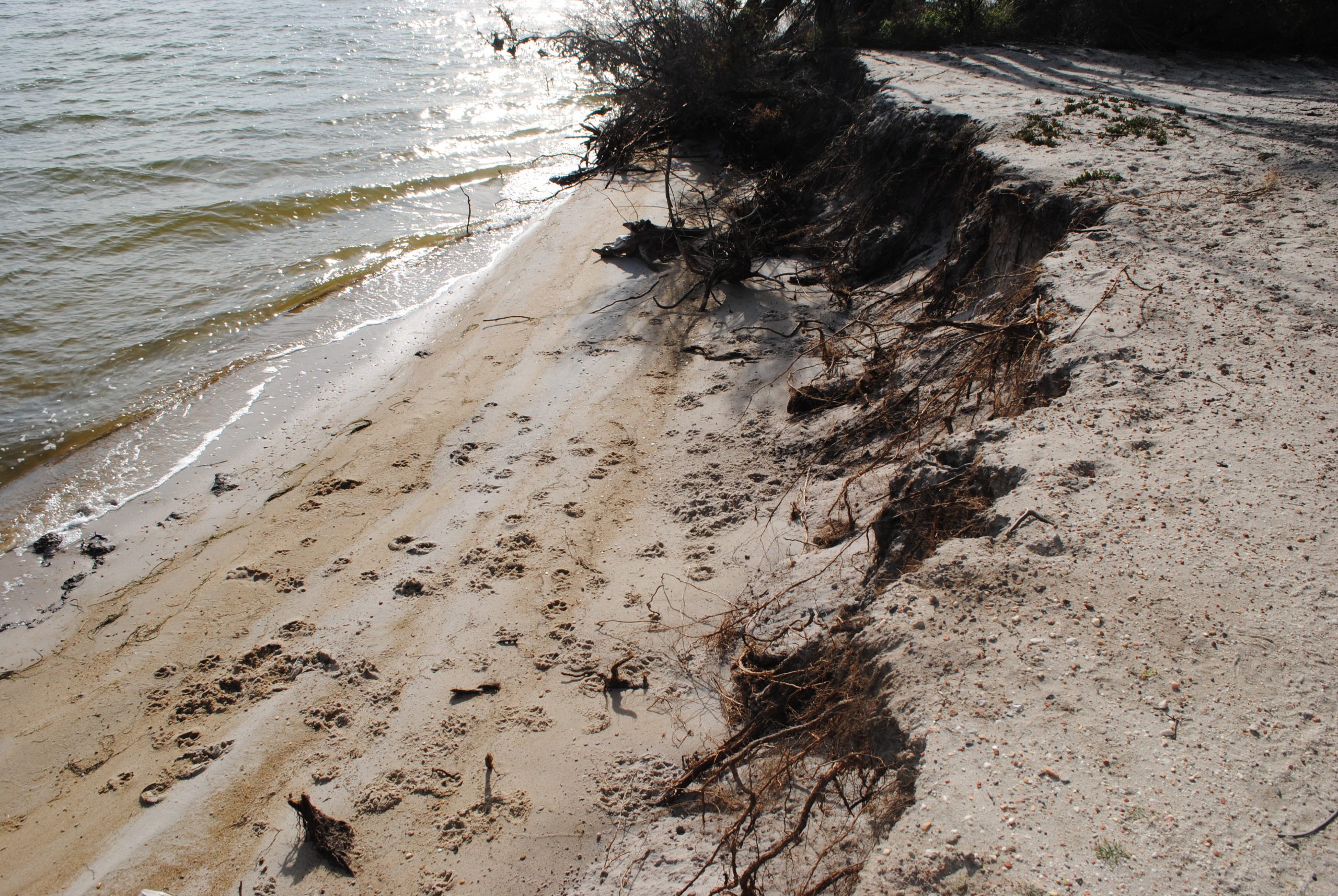 Call for groynes to stop erosion

Over a long period, Loch Sport residents have raised concerns about shifting sands and coastal erosion on the Crown land area of the Lake Victoria foreshore.

Efforts so far to address erosion issues have had little effect, with erosion continuing along the lake foreshore, placing public and private assets at risk.

Of immediate concern is the area near Seagull Drive.

Residents have taken the issue to the Department of Environment, Land, Water and Planning, but the community is concerned the response from DELWP has been inadequate.

Councillor Garry Stephens said the state government must take a more proactive and strategic approach to coastal erosion in this area and ensure adequate ongoing funding is provided to resolve issues long term.

“If you read the Marine and Coastal Policy, there’s not a lot of confidence there or indication of leadership by the state government to actually address issues relating to coastal hazards,” he said.

“But I’d just like to make the observation that the actions of the state government actually speak louder than words, because they have shown by work that they’ve done on the Inverloch foreshore to keep the Inverloch coast road open.

“Recently, I noticed that upper house member Jane Garrett made announcements to fund projects of Bullock Island at Lakes Entrance and also to do work on the sea wall at Mallacoota.

“Those projects, and funding made available by the state government, give me hope that the minister will take notice of this current problem at Loch Sport and will take some urgent action to fix up what is in fact, of course, Crown land.

“I think we need to stipulate that this area that’s being eroded is in fact Crown land.”

Gippsland South MLA Danny O’Brien has also written to the minister about the problem.

Meanwhile, council will support a campaign for state and federal governments to fund conservation and land management projects as part of an economic recovery from the coronavirus pandemic.

Council will write to local federal and state members of parliament in support of the proposal from Pew Charitable Trusts on behalf of 70 farming and conservation groups across Australia, including Landcare, National Farmers Federation and Australian Land Conservation Alliance.

While providing a good environmental outcome, Cr Carolyn Crossley said the program, if implemented, would also help local workers and tradespeople who had been affected by the pandemic.

“It’s a program that would cover many areas that local government is interested in – in covering bushfire recovery, national park infrastructure, weed control, invasive animal control, tree planting, marine debris clean-up, supporting Indigenous rangers and various areas that are near and dear to our communities,” she said.