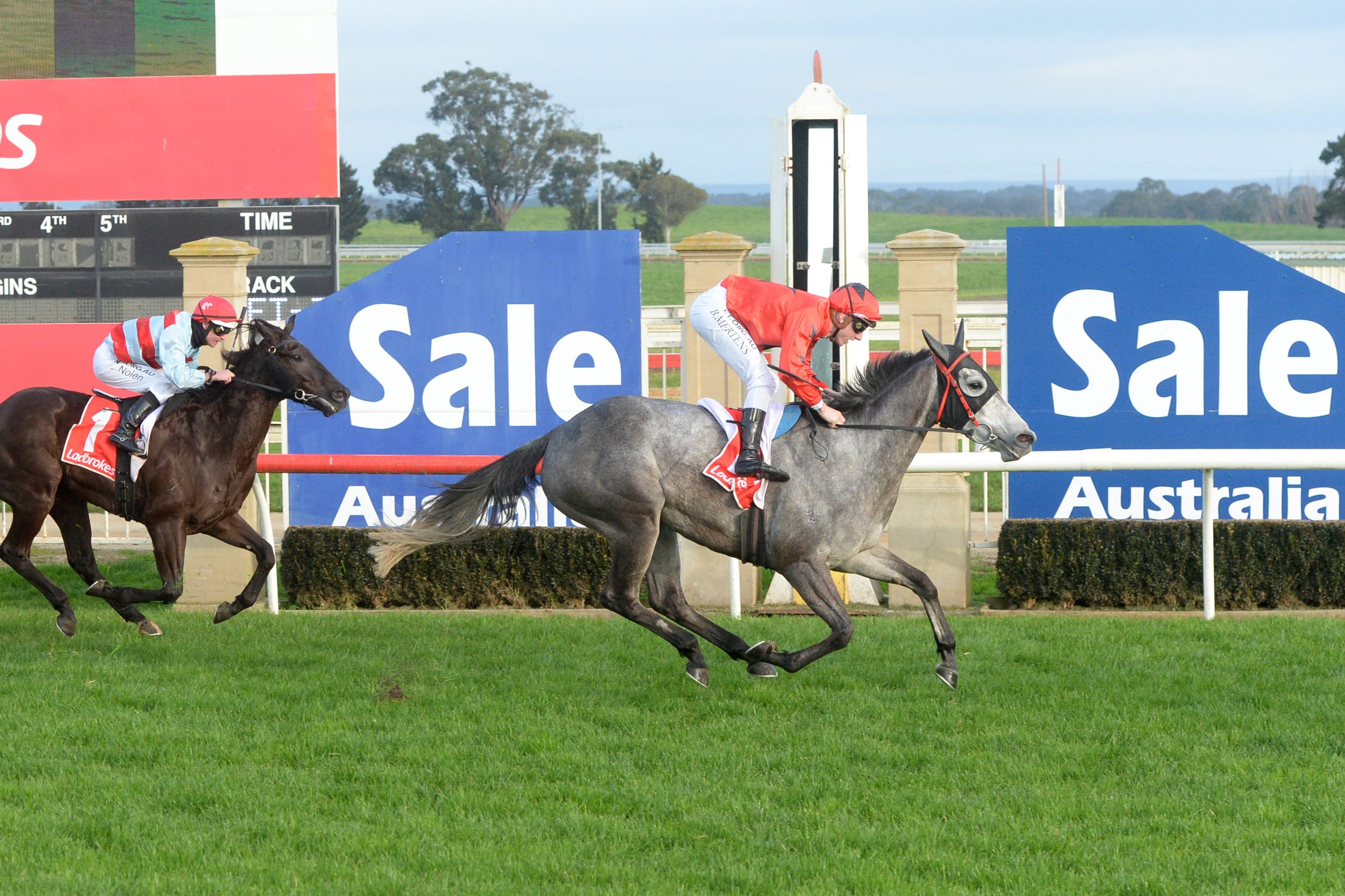 FEELING Good left punters who backed her just that after the five-year-old mare won at Sale on Sunday.

The horse, trained at Sale by Paul Worthington and ridden by Beau Mertens, won race seven, the 1200 metre class one handicap.

Feeling Good recorded her second win in 16 starts, with her only other win coming at Moe in August last year.

The $11 chance came from the back of the field, and along the middle of the home straight to win by one and three-quarter lengths from Tignanello, trained by Tom Dabernig and Ben Hayes and ridden by Luke Nolen.

In third place was Our Free Spirit, trained by Tony Noonan at Mornington.

There was more good news for locally-trained horses in the previous race, the benchmark 64 handicap over 1100m, with Bally Paddy finishing third for Sale trainer Mario Farrugia.

Ridden by Georgina Cartwright, the eight-yearold gelding, who was $71 at the tote, finished well to notch his first placing since back-to-back seconds at Sale in September 2016.

Three-year-old gelding Sapphire Crown, trained by Colin Little at Caulfield and ridden by Ethan Brown, led the race all the way to win by three-quarters of a length from The Crusha, ridden by Mertens, who made a late bid for victory.

Having been rated “heavy nine” leading up to the day, the track was upgraded to “soft seven” for the final race meeting of the season at Sale.

The favourite, trained by Nikki Burke at Cranbourne, won by a head after outrunning Ryan’s Gold, trained by Ross Pecora and ridden by Brian Park.

Two lengths behind the first two was Frag in third place.

The three-year-old gelding, ridden by Noel Callow, won his debut race, a length ahead of Norah, ridden by Mertens, with Alterno finishing third.

The four-year-old gelding, ridden by Jamie Kah, passed Global Gift, ridden by Jye McNeil, in the straight to win by half a length. Blinder came third.

Race two, the 1600m maiden plate, was won by favourite Ajay’s Ace, trained by Richard Laming at Cranbourne and ridden by Michael Walker.

Coming off two second placings from three starts, the three-year-old filly won by one and a quarter lengths from Diamond Moments, with On The Tiles third for Moe trainer Peter Gelagotis.

The race three maiden plate over 1400m for horses four years and older was won by Foxtrot Mo, trained by Ken Keys at Cranbourne and ridden by McNeil.

The four-year-old gelding led early, and did well to hold off challengers to win by one and a quarter lengths. In second place was Painted Black, ridden by Mertens, with Zoolander, ridden by Kah, third.

The three-year-old filly won by a head, holding off the favourite Boomstock, ridden by Kah, while Approach Discreet finished third.

The next meeting at Greenwattle will be on Thursday, August 13.