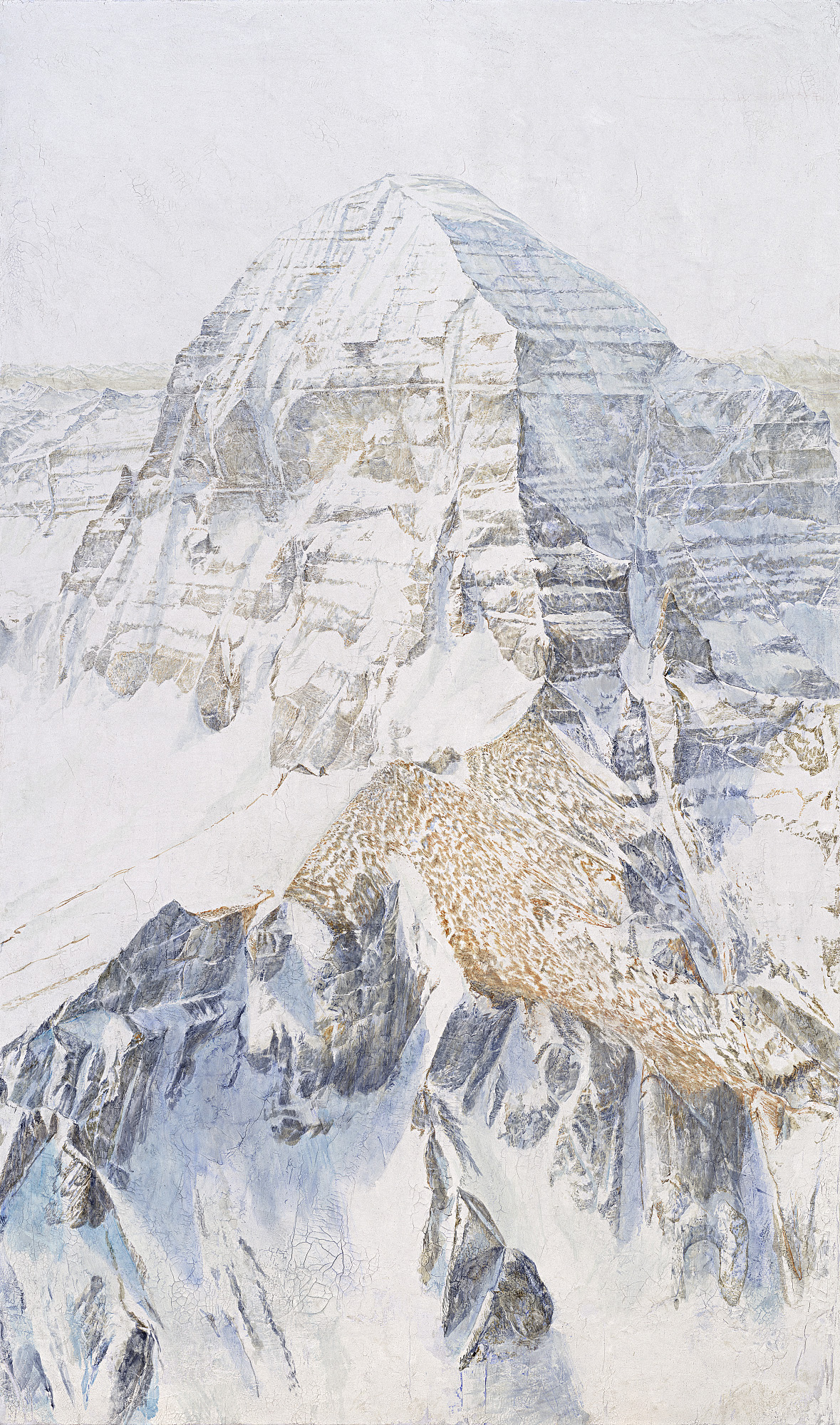 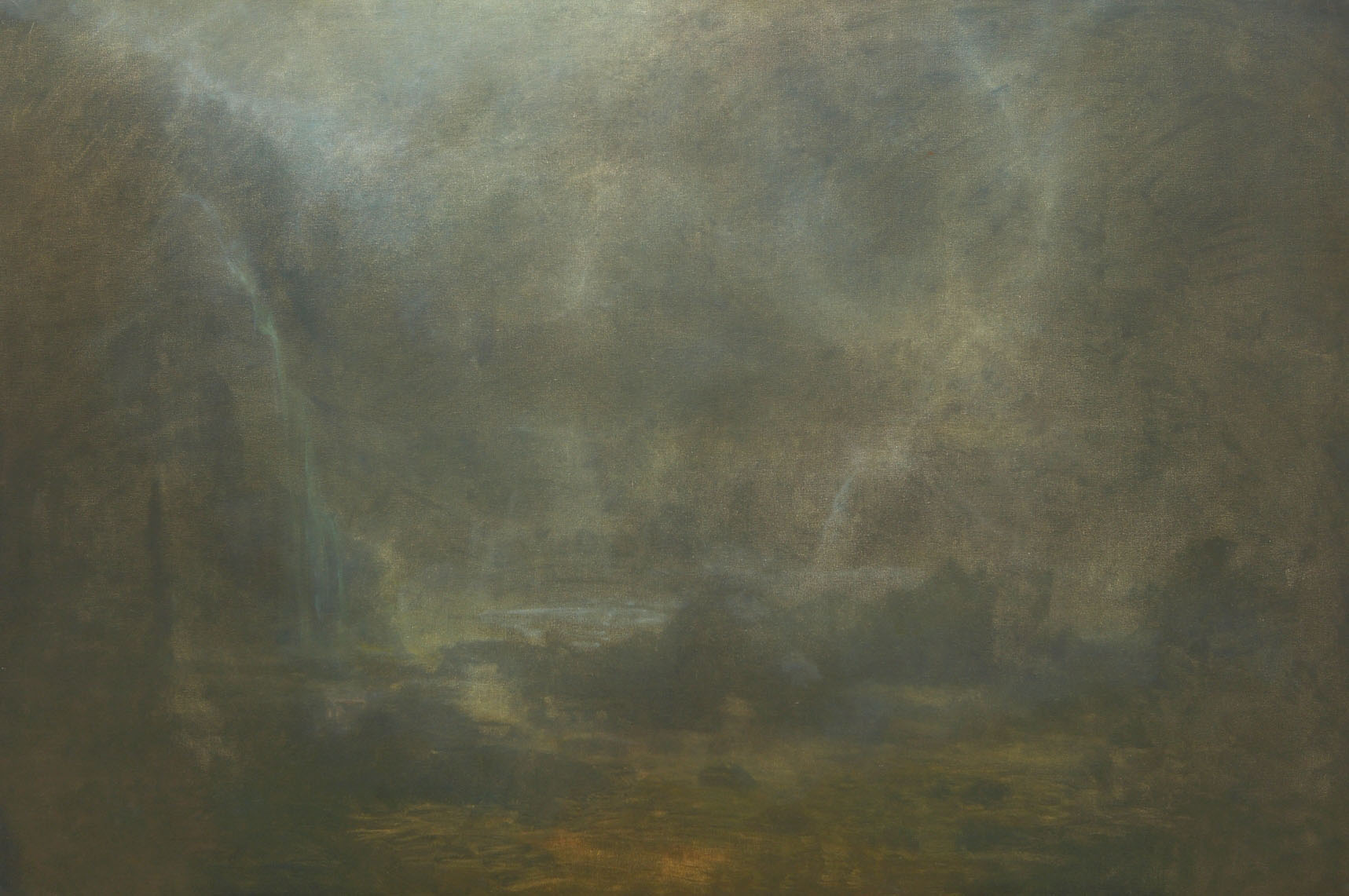 MELBOURNE-based artist Sarah Tomasetti has been announced as the winner of the 2020 John Leslie Art Prize at Gippsland Art Gallery, Sale.

The announcement was made by Wellington Shire mayor Alan Hall in the gallery’s first virtual opening posted online on Friday.

Tomasetti’s enigmatic painting Kailash from the Air depicts the sacred Tibetan mountain Kailash from a high perspective, painted using the Renaissance method of oil and incision on fresco plaster.

The work explores the artist’s concern for the Earth’s changing natural environment.

“The Tibetan plateau is melting, in some places up to 10 times faster than the poles,” she said.

“All the river systems of south Asia originate here, pouring over the edge of the roof of the world and sustaining one third of the world’s population.

“And so research into the climate dynamics of region increasingly aligns with the centuries-old belief amongst Buddhists and Hindus that Mt Kailash is the navel of the world and the source of all life.

“Mt Kailash has never been climbed, but from a drone or a plane we can see this sacred peak from above, and so this work hovers at the dawn of the Anthropocene, an age in which a human gaze can penetrate all corners of the globe, a colonising force without compare.”

A large painting at 240 by 150 centimetres, the work is meticulously executed and atmospheric, and uses a limited colour palette.

These finalists were chosen by a guest judge, The Age art critic Robert Nelson, as well as senior gallery staff.

“The painting is a dazzling tour-deforce that draws you in,” he said.

“The handling and application of the oil paint into wet fresco is exemplary, and the subject is a timely one with the changing climate and the need for increasing respect of our planet’s finite resources.

“The more one looks at the painting the more we find within it, and it continues to unfold before our eyes.”

Tomasetti has held countless solo and group exhibitions since her first exhibition in 1988.

In 1999, Tomasetti completed a Master of Arts in Fine Art at RMIT University, and is currently a PhD researcher and fine art lecturer there.

She has been a finalist in 14 prizes (including the John Leslie Art Prize on two separate occasions), but this is her first win.

Tomasetti takes home the $20,000 first prize, and her painting will be automatically acquired for the gallery’s permanent collection.

The large oil on linen work impressed the judges, who praised it for its gentle luminosity, sparse but expert handling of paint, and the strangely inviting subject.

Gibbs was awarded $1000 in her category.

Both winning artists said they were thrilled to be selected from the strong field of finalists.

The John Leslie Art Prize is one of Australia’s most prestigious prizes for landscape painting.

The prize is named after the late John Leslie OBE (1919-2016), a former patron of the Gippsland Art Gallery and a well known local philanthropist.

The continuation of the prize is a result of the generosity of the John Leslie Foundation.

The exhibition of the work of the 50 finalists is currently on display at the Gippsland Art Gallery, and will continue until October 25.

Visitors are invited to submit their favourite to the People’s Choice Award online on the gallery’s website.