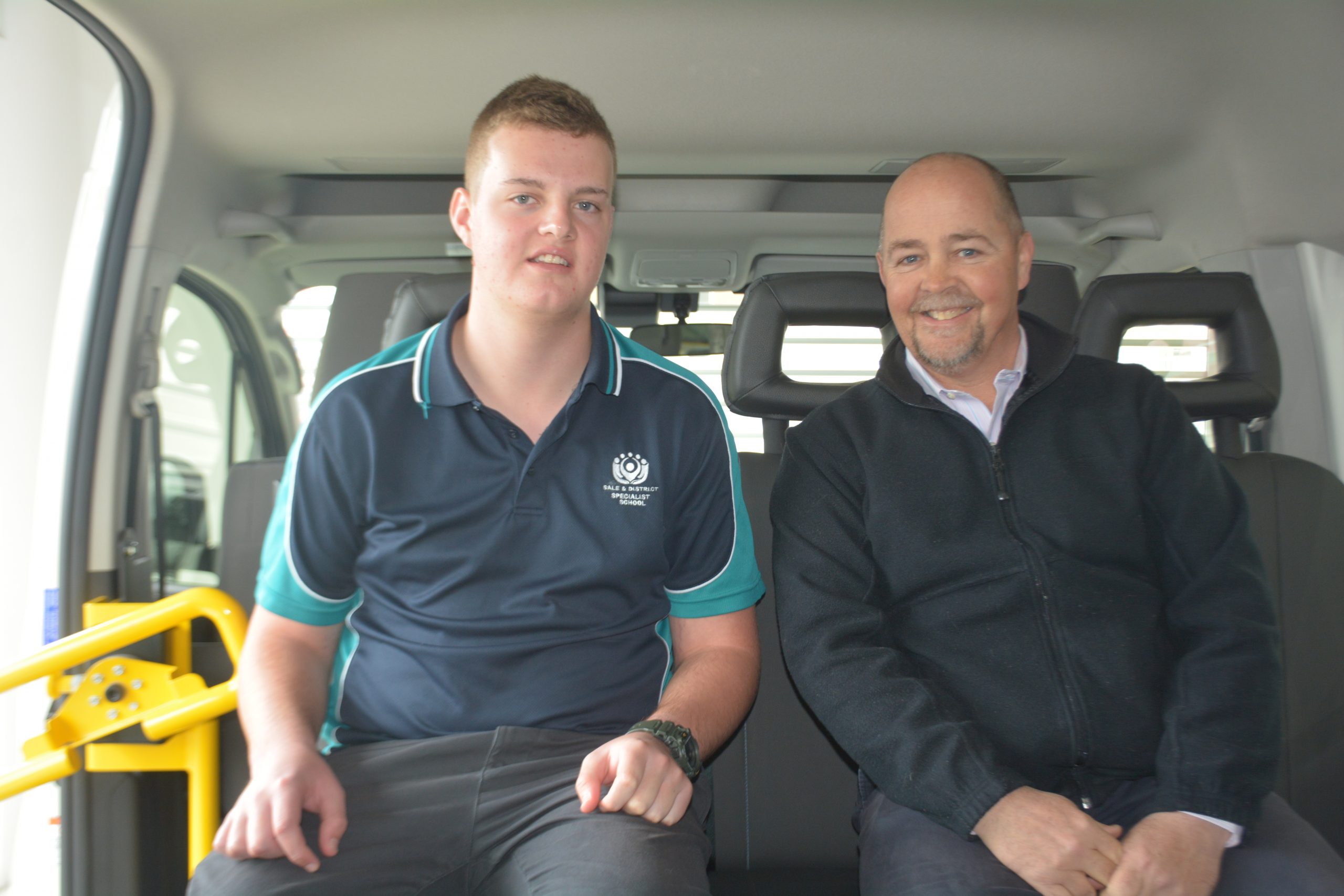 SALE and District Specialist School now has a new state of-the-art bus in its fleet, thanks to a major fundraising effort by the Freemasons.

A charity golf day hosted by the local Freemasons last year raised almost $10,000 toward the acquisition.

The keys to the new bus were officially handed over at Turnbull Toyota, Sale, recently.

Fleet sales manager Mick Twomey said he hoped the new bus made life a bit easier for staff and students at the school.

“It’s more of a car to drive so they’ll find it a lot more pleasurable to drive, especially on long trips,” he said.

Sale and District Specialist School captain Kobe Rose and acting principal Jamie Gay were on hand to get a first look of the new bus.

Mr Gay said because of the school’s location on the outskirts of Sale, the benefits of having a new bus would be far-reaching.

“Because we don’t have a bus run out to the area where we are, all of our transport is required to be on our own buses,” he said.

“We’ll be able to use this to transport our students to and from, even just the local Sale community, to do all their life skills and their active programs.

“The lodge and the local Toyota dealership have supported us to get what’s going to be a terrific asset.”

Mr Gay has recently relocated to Sale from Wodonga, and is filling the principal’s chair for the next few months.

“What we have seen is a great example of two Masonic lodges that meet in Sale working together, running a number of events, together with Turnbull Toyota, to raise funds for the provision of a special bus for the Sale and District Specialist School,” he said.

“It’s something we like to describe as ‘Freemasonry in action’ – doing things, supporting the community. “It’s great to see happen.

“Freemasons is lots of things.

“It’s a knowledge-based organisation, it’s about improving yourself and developing as an individual and a leader.

“It’s also about philanthropy and working and supporting the community.

“Freemasons has been in Sale for 155 years.

“It’s made a contribution to the community in all that time.”

The new 10-seater bus has space for two wheelchairs and can be driven by anyone with a full car licence.