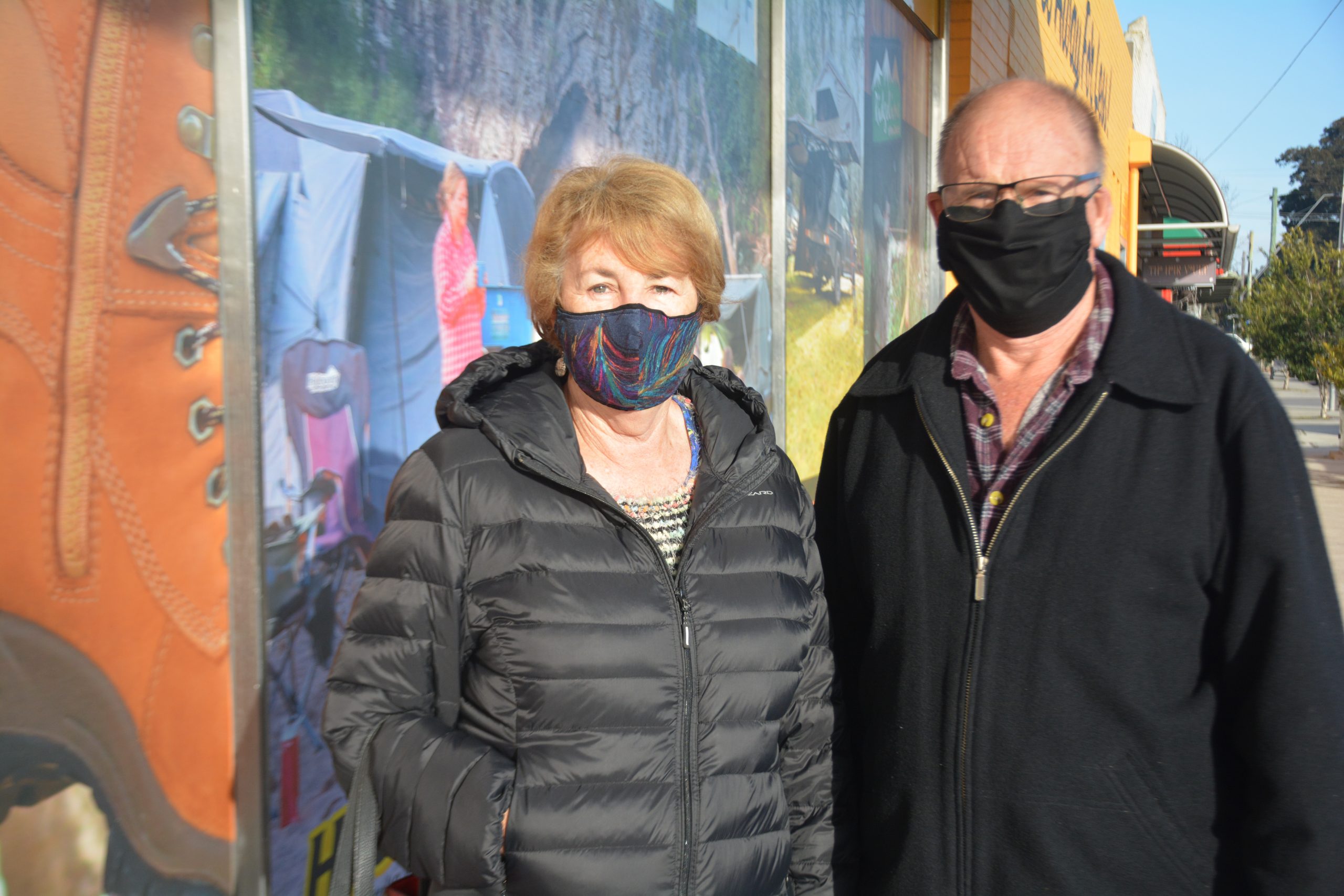 POLICE will enforce the wearing of face masks for anyone living in or visiting Wellington Shire, with the mandatory face covering rule now in force.

In line with advice from the Chief Health Officer, Premier Daniel Andrews made the announcement late Thursday morning, requiring that people in all regional areas of Victoria must wear face coverings when away from home, amid concerns CO VID-19 is spreading into country areas.

On Saturday, police issued 170 fines to individuals for breaching Chief Health Officer directions, incuding 18 to those who failed to wear a mask or face covering when leaving home in Melbourne, where mandatory face masks have been enforceable since July 22.

Many of these fines were issued to people who had no reason to not be wearing a mask, and refused to accept a mask offered by police or PSOs.

The change of direction came as a record 723 people tested positive to CO VID-19 and 13 people died in the 24 hours to Thursday.

While most of those who tested positive were in metropolitan areas, Mr Andrews said the virus “does not discriminate”.

“It rips through workplaces, sweeps through aged care settings, cuts through communities – and tragically, takes lives with it as it goes,” he said.

“Most of today’s cases are in metro areas. “But we have seen a significant jump in regional communities.

“Last week, and based on the latest in scientific study, we announced that face coverings would be mandatory in metropolitan Melbourne and Mitchell Shire.

“Today, and in line with the advice of the Chief Health Officer, I can announce that same requirement will apply across regional Victoria.”

Mr Andrews said he understood it was a “big step” for some, “but by covering your face, you’re protecting your community”.

Having worn a face mask his whole working career as a dentist, Dr Sam Koh from Heyfield Dental Group said people needed to wear masks properly – otherwise they would not work at all.

“Make sure it covers your nose and mouth and if you want to make sure you’re glasses don’t fog up, there is usually a little metal wire on the top bit next to your nose – pinch that really tightly so it forms nicely around your nose and it’s well adapted.”