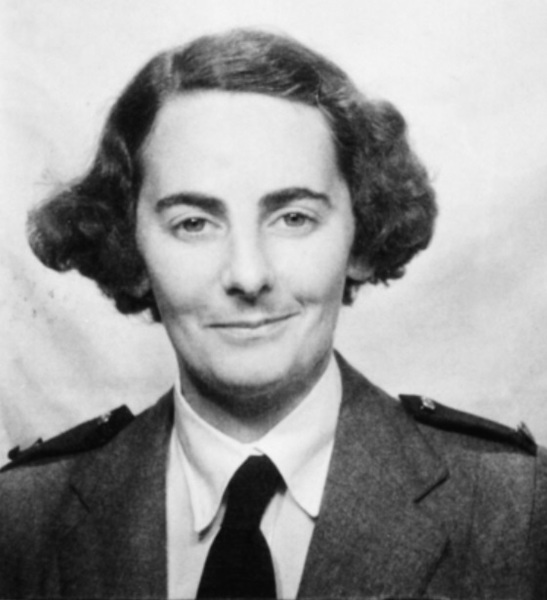 This Saturday, the world will commemorate 75 years since the end of World War 2. Sale RSL was planning to conduct a service on that day to remember the 444 men and women from the area who served during the war, however stage three restrictions have caused that service to be cancelled. The following article is the address which Sale RSL president Marty Tanzer was to provide at the service:

They fought in campaigns against Germany, Italy and Japan.

Victory in the Pacific Day is commemorated on August 15 each year.

The men and women who fought to defeat Hitler, Mussolini and Japanese militarism are quickly and quietly passing away.

In fact, most are already gone.

As we prepare to mark Victory in the Pacific Day this year and the 75th anniversary of the end of World War 2, only about 12,000 Australian veterans of the war remain with us today.

It was World War 2 – the bloodiest conflict in history – that defined the 20th century.

Western liberal democracies were faced with their greatest risk from fascism and expansionist militarism.

The consequences and legacies of World War 2 still resonate in many parts of the world.

In Britain, the Battle of Britain and “spirit of the Blitz” have become nostalgic celebrations of British character, whereas in eastern Europe, the national memories of the war are being vigorously renewed and reinvented.

The brutality of Japan’s war in China likewise remains a source of contention between those two countries.

For many European and Asian countries, World War 2 was a defining pivotal event that forged postwar national identities.

Australia is unusual in that its national identity was formed during World War 1 rather than World War 2.

Beyond some notions of Australianness, however, World War 2 helped shape the Australia we recognise today.

The war afforded new opportunities for women; an expansion of Australian science and industry; the development of new relationships with the US and Britain; and a new awareness of our place in the region and the world.

Tens of thousands more were wounded or injured. The Japanese also interned about 1500 Australian civilians in different parts of Asia and the Pacific.

Additionally, thousands of other Australians served in the Australian Women’s Land Army, the Merchant Navy and in other occupations supporting the war effort.

Australians served all over the world, from the deserts of North Africa to the Arctic convoys to the Soviet Union; from the skies over occupied Europe to the jungles of Malaya and New Guinea.

Australian war correspondents similarly bore witness to some of the world’s defining cataclysmic moments, from the misery of Stalingrad in 1942-43 to the Allied invasion of Europe on D-Day, June 6, 1944, and the liberation of the German concentration camps in 1945.

While the darkest moments and turning points of 1942 are more familiar in the Australian memory of the war – among them the fall of Singapore, the bombing of Darwin, the Japanese attacks on Sydney Harbour and Newcastle, and the fighting along the Kokoda Trail – it was in 1945 that

Australian forces were more heavily engaged than at any other time.

Criticised as unnecessary “mopping-up” campaigns, these final operations in New Guinea and Bougainville were slow, grinding affairs fought through swamps, along jungle tracks, and atop mountain spurs.

Over 66,000 women enlisted in the RAN, the Army, the RAAF and the Land Army during the war.

More than 130 women died overseas and in Australia.

One casualty was Lieutenant Irene Singleton from Maffra. A nurse with the 2/10 Australian General Hospital, Irene was captured by the Japanese after the fall of Singapore in 1942.

She died on February 20, 1945, from malnutrition and ill-treatment as a prisoner of war in what is now Indonesia.

Research shows up to 4000 Indigenous Australians served in the three services during the war.

Many were killed fighting and at least a dozen died as prisoners of war.

As in World War 1, Indigenous Australians served under the same conditions as white service people. However, again at war’s end, they did not receive the benefits given to other service people.

In the case of some Indigenous service persons, they did not receive their back pay and medals until 1992, 47 years after the end of the war.

One Indigenous Australian who served was Warrant Officer Leonard Waters, the first indigenous fighter pilot in the RAAF.

He joined the RAAF in 1942 and after lengthy and highly competitive training, Leonard was selected as a pilot and assigned to 78 Squadron, stationed in Dutch New Guinea and later in Borneo.

After the war, he hoped to find a career in civilian flying, but bureaucratic delays and lack of financial backing forced him to go back to shearing.

Like many others, he found civilian life did not allow him to use the skills that he had gained during the war.

In cities around Australia, spontaneous rejoicing broke out with wild scenes of celebration.

One Sydney resident remembered: “We joined the deliriously happy throng celebrating in the city streets, particularly in Martin Place, which was awash with torn paper, streamers and unrolled toilet paper rolls.”

However, for the men doing the fighting in the islands, the declaration was greeted more sombrely.

There was no wild celebration among frontline soldiers.

Too many had seen friends killed or wounded.

Nineteen-year-old Lance Corporal Peter Medcalf, a rifleman serving in an infantry battalion on Bougainville, later remembered: “Strangely, no one laughed or cheered. All afternoon we sat quietly and speculated. We found it hard to understand fully”.

Four-hundred-and-four men and 40 women from Sale and surrounds served in World War 2.

There are 47 names listed on the Sale Cenotaph of those who paid the ultimate sacrifice in the war. They include men and women who died as prisoners of war, mainly of the Japanese.

It is our obligation to remember all the men and women, everyone who served this country in World War 2.

As the years progress it becomes harder, particularly as the direct connection to World War 2 mainly through those persons who were children at the time, starts to diminish.

I implore you all to never forget their service and sacrifice.