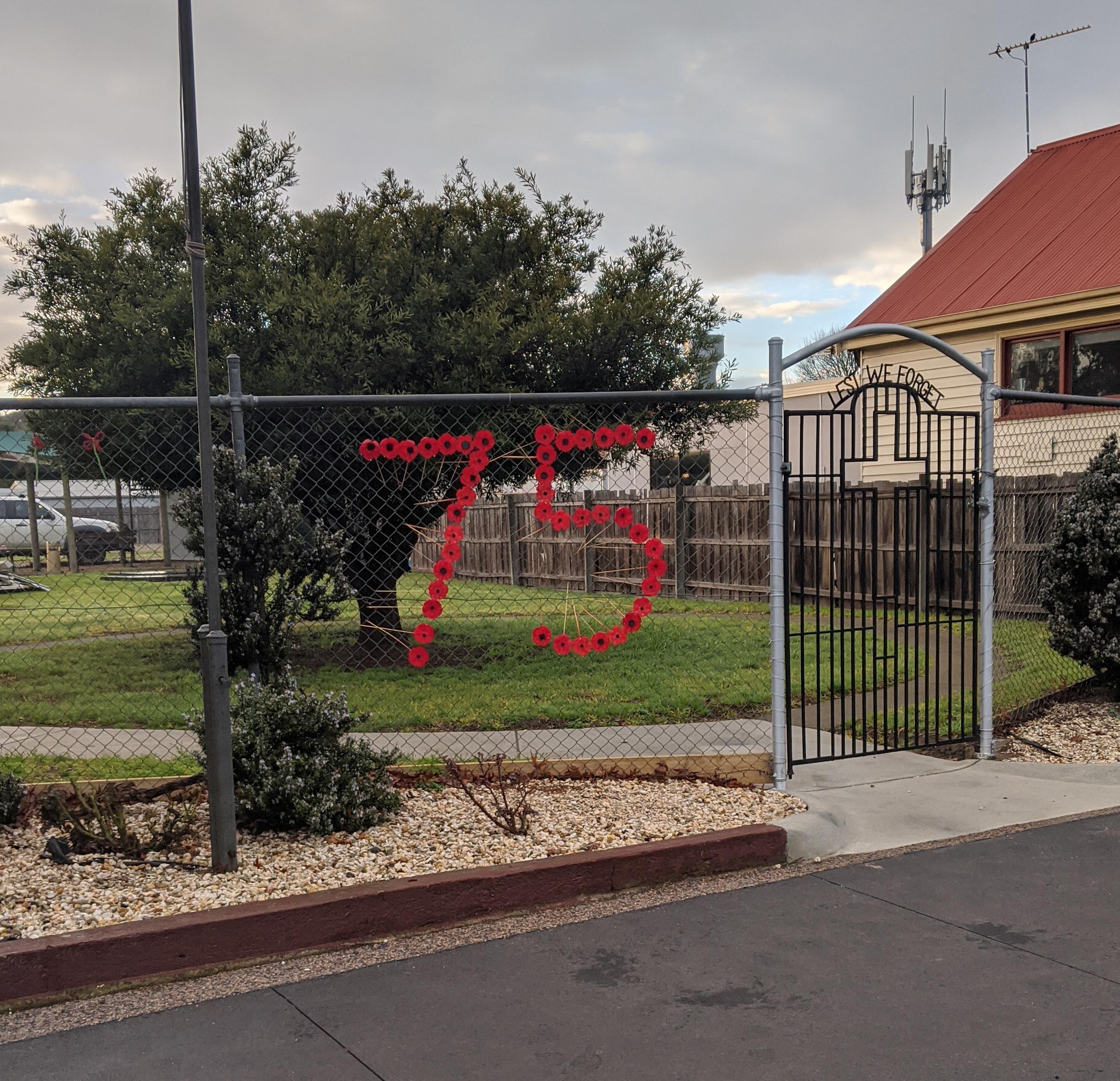 STRATFORD is a little more colourful than usual thanks to resident Susan Neeves, who has made 200 poppies out of recycled plastic bottle bases to line the RSL fence and form a display on the median strip outside.

Saturday, August 15, marked 75 years since Victory in the Pacific, otherwise known as VP Day. Stratford Cemetery secretary Marg Robbins said stage three restrictions had led to changes to the ‘piper in the cemetery’ event, as pipers were now only allowed to play on their own properties.

Ms Robbins said the piper still played on Saturday, and was broadcast live on ABC radio.

The restrictions have also led to the indefinite postponement of the planned commemoration of service for World War 2 men and women interred at the cemetery.