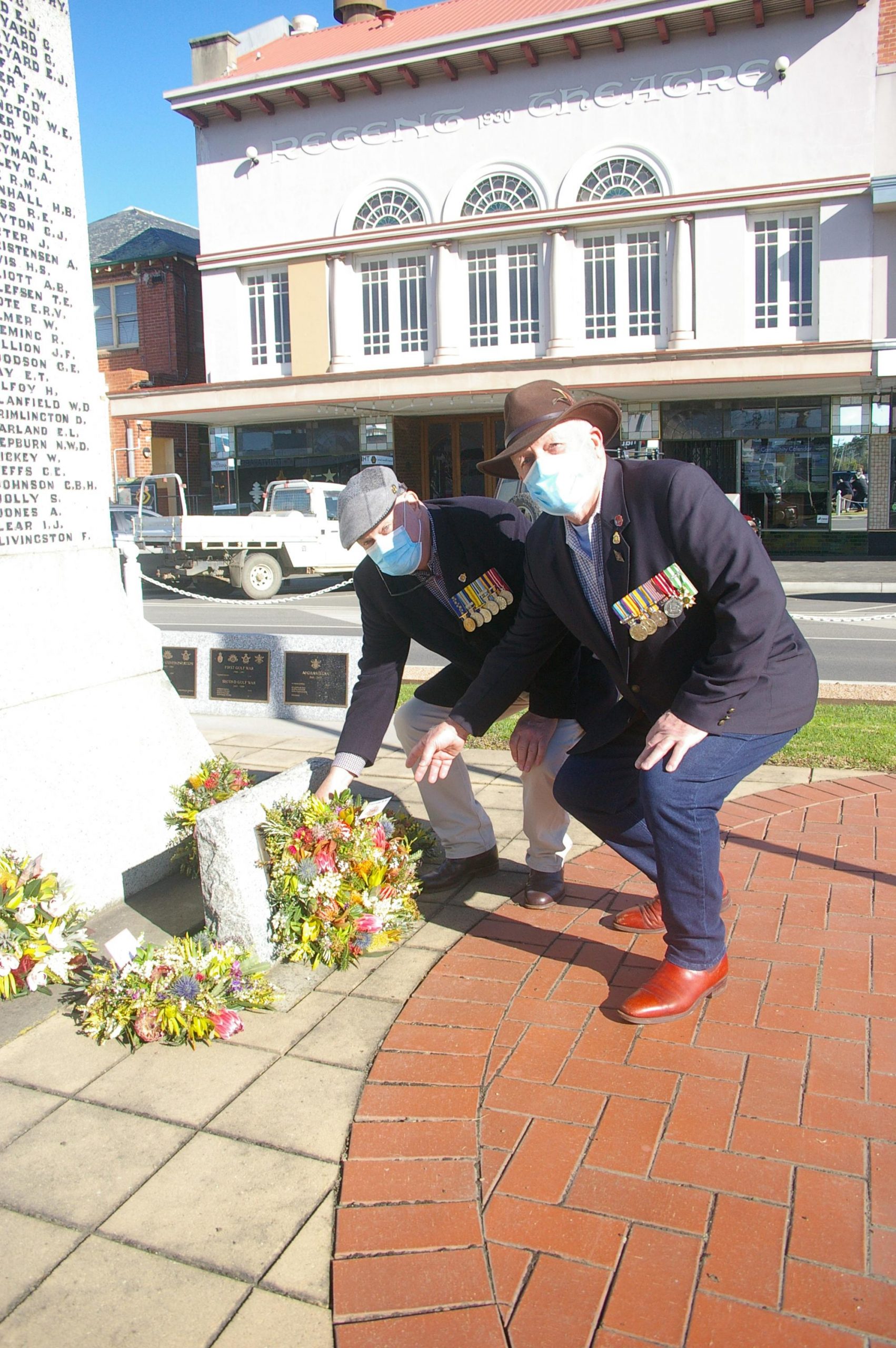 Because of stage three restrictions, there was no march to the cenotaph by veterans and the community.

Instead, a simple but sombre wreathlaying service was conducted by the Yarram RSL president Rick Rogers OAM and vice-president Glyn Taylor.

The two veterans solemnly placed the wreath at the cenotaph, and Mr Rogers recited the oath honouring those who had made the ultimate sacrifice in the service of their country, before pausing for a minute’s reflection.

Branch secretary Karen Rogers said the flag was flown at half mast from 8am to noon, and then raised to ‘close up’ from noon to 5pm in remembrance of the fallen.

People were invited to lay wreaths between 10.30am and 2.30pm, to enable social distancing while paying their respects.

At 2.30pm the wreaths were blessed by the Reverend Tony Wicking of the Yarram Anglican Church.

Originally known as Long Tan Day, Vietnam Veterans Day is commemorated each year on August 18 in recognition of the Battle of Long Tan.

This year marks the 50th anniversary of the Battle of Long Tan, where 108 young men from D Company 6RAR resisted an attack by an estimated 1500-2500 North Vietnamese and Viet Cong troops.

It would become one of the most extraordinary chapters in Australia’s military history.

The Vietnam War was Australia’s longest military engagement of the 20th century.

Almost 60,000 Australians fought in the war and more than 500 lost their lives.