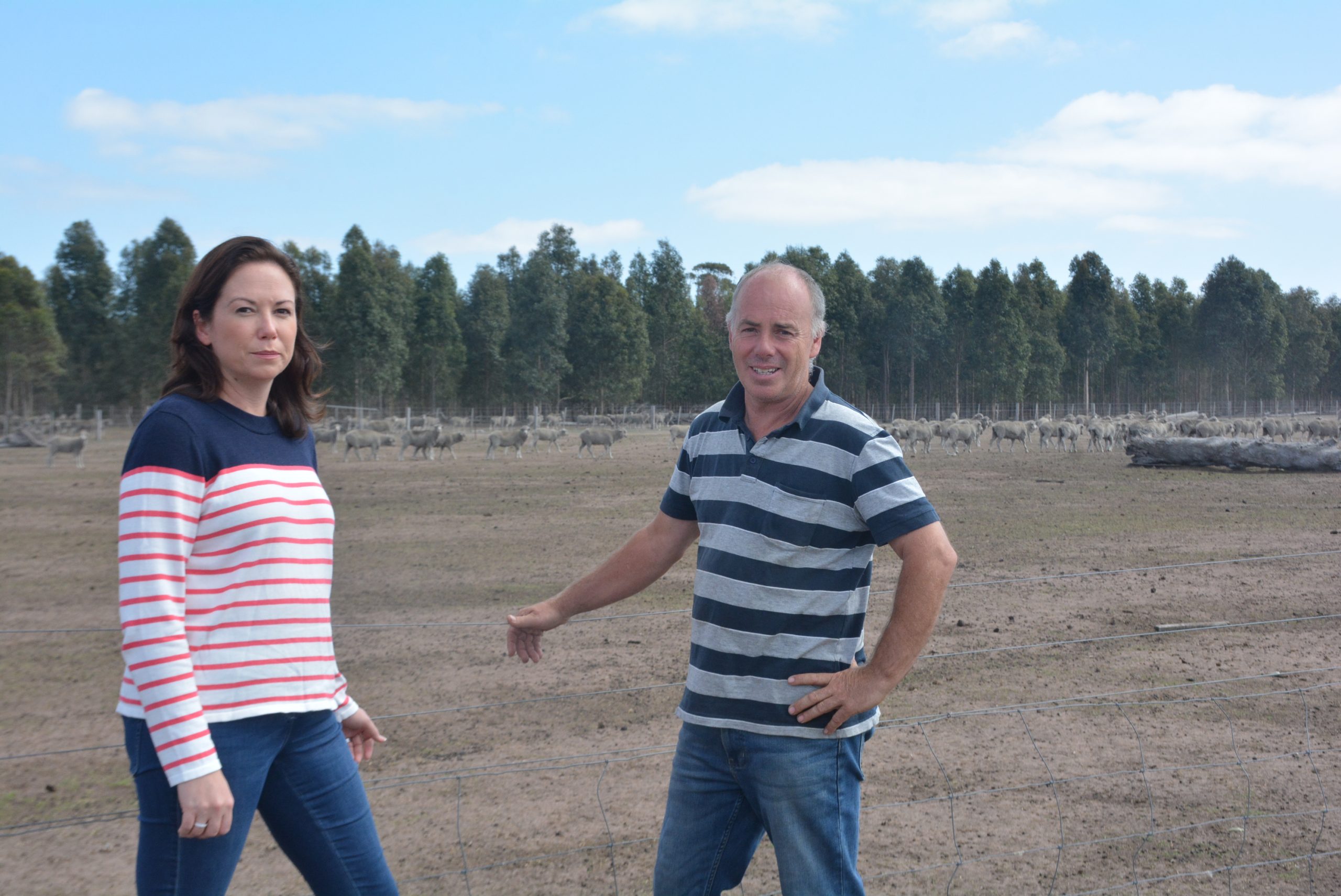 THE Bureau of Meteorology’s prediction of a La Nina rain pattern is being welcomed across Gippsland, but local farmers are still cautious about proclaiming an end to the ongoing dry.

Weather forecasters are predicting a high chance of good rainfalls and lower temperatures during summer because of the build-up of cooler water in the tropical Pacific.

It’s encouraging, but not guaranteed.

While there are plenty of wet patches in some areas across Wellington Shire, many on the land know that promises are not the same as delivery.

“There is quite a bit of moisture in the soil, but there is a long way to go,” says Briagolong farmer Barry Noble, whose voice is pained after years of drought.

“When it’s been dry for so long, you think it’s never going to rain.

“Weather is still a guessing game – you can’t guarantee anything.”

Much of Gippsland has been blessed with three easterly weather patterns in the past few months, but Mr Noble says some areas are still missing out.

“It’s really beyond the point of no return for some farmers; the rain is still not getting to us here like it is further south,” he said.

Ironically, in parts of south Gippsland, it’s so wet that some farmers have even moved their stock to slightly drier ground around Wellington Shire.

“It might look wet up here, but it’s dry enough,” Mr Noble said.

In Giffard West, merino farmer Steve Harrison was hopeful earlier in the year that January rain was a sign of much more to come, but says that didn’t come to fruition and the region is still “stuck in a bubble”.

He added all farmers had heard the forecasts of a La Nina, but as a lot of dams were still only half full and there are only pockets of wet areas, they had met the news with mixed reactions.

“The rain doesn’t always get here, so we’ll believe it when we see it,” he said.

“We haven’t recorded double figures of rainfall here since March.”

Mr Harrison said while predictions suggested a good season, if there was any heat in the weather “it could be a very short spring”.

The Bureau of Meteorology upgraded its La Nina watch to an alert last Tuesday.

While the bureau’s El Nino-Southern Oscillation is currently neutral, it says the chance of La Nina forming in the coming months has increased to about 70 per cent – roughly three times the normal likelihood.

A La Nina alert is not a guarantee that La Nia will occur – rather, an indication that most of the typical precursors for La Nina are in place.