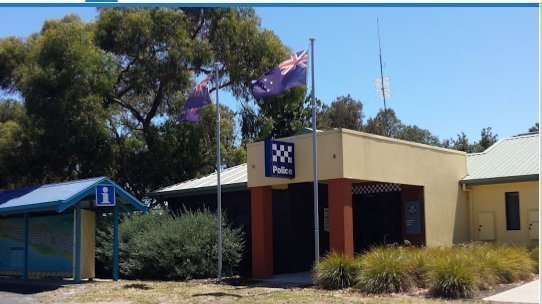 A LOCH Sport resident is campaigning for a permanently manned police station in Loch Sport, amid concerns about increasing crime and the small town’s distance to the main station in Sale.

Loch Sport’s police station was previously manned part-time, but was recently closed in line with a statewide policy to close some station reception counters to the public in response to the COVID-19 health crisis.

“We are 45 minutes from Sale, and that means at least an hour’s wait in an emergency if something serious happens,” Mr Kiely said.

“We have had several break-ins and thefts, people not wearing masks and a motorbike stolen recently.”

Just recently, the community was shocked when someone took an axe to a car parked at a local supermarket.

Mr Kiely said he had approached politicians and business groups to raise the campaign’s profile, and hoped his petition could force change.

Her office replied that the temporary closure of some small stations formed part of the changes Victoria Police had made to its service delivery model to ensure it had more officers out on the road patrolling.

She said patrols were still being undertaken in all areas, and the closures of some stations did not “impact on the police response”.

However, Loch Sport Business and Tourism member Eileen Grange said she felt the proposal would have support among most residents and business owners, with the coastal community’s crime rate growing in line with population growth.

But Mr Kiely said those numbers had skyrocketed in recent years, particularly in the past 12 months, and now again with lockdowns in metropolitan areas prompting people to escape to their holiday homes.

Ms Grange said she was grateful for the occasional police patrols, but believed a permanent presence was preferable to monitor crime and people coming into the town.

Being at the end of a road, Ms Grange said the business group had been pushing for more regular number plate recognition for some time, to monitor who was coming into town.

“That’s something we need to know, particularly in these times,” she added.

As of Thursday morning, more than 200 people had signed the petition.