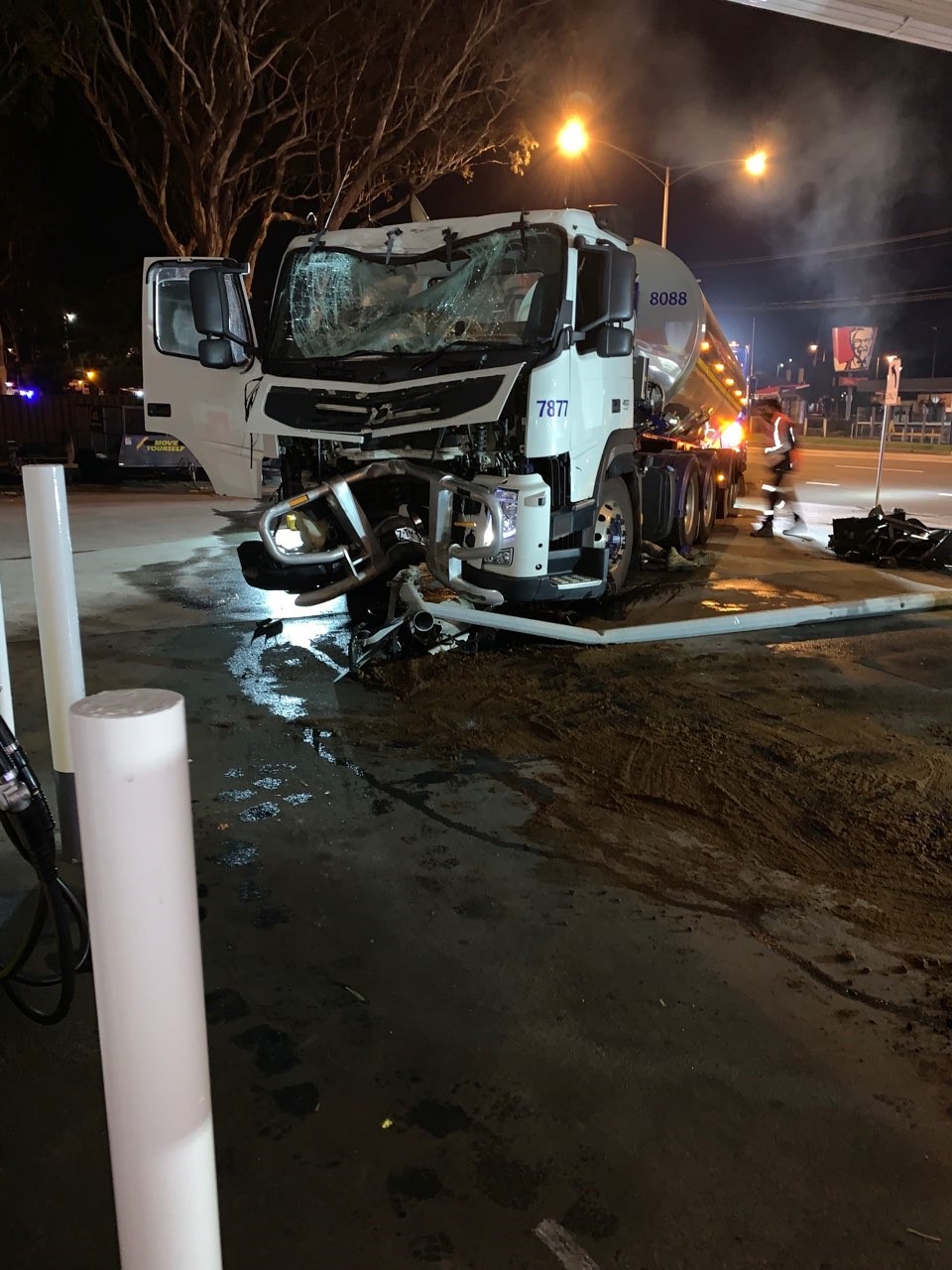 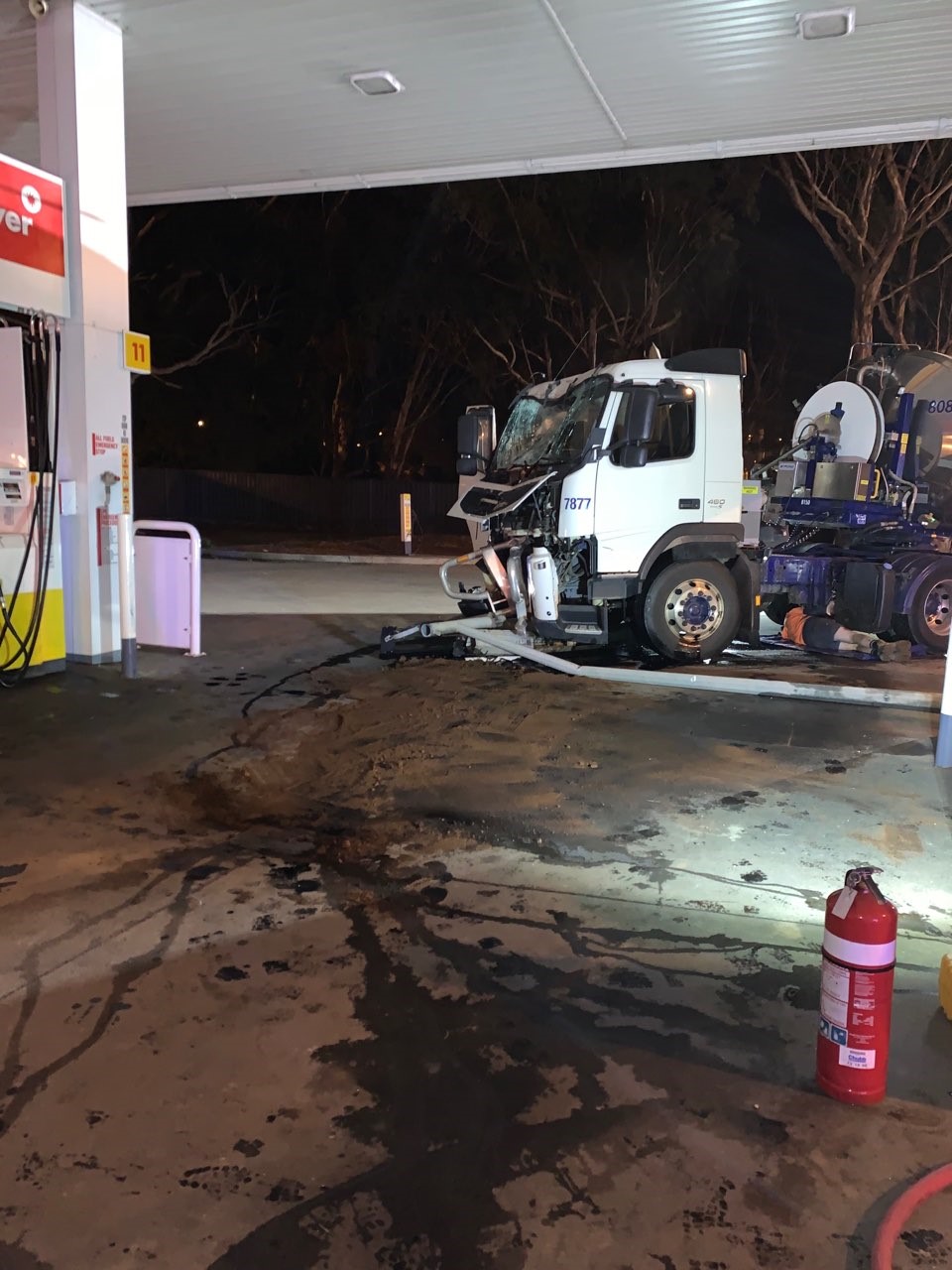 A MOTORIST who had just filled up their car with petrol was lucky to escape injury after a milk tanker crashed into a service station in Traralgon early Friday morning.

Police have been told the truck was travelling on Princes St when the driver appears to have lost control coming out of a bend just after midnight.

The truck travelled over a centre median strip, collected traffic lights and continued on into the Shell service station. It then struck a car at the petrol bowsers before coming to a stop just outside the shopfront.

Luckily no one was seriously injured with the motorist who had just filled up their car in the shop at the time.

The driver of the truck, who is believed to be aged in his 40s, was taken to hospital with non-life-threatening injuries.

The main road through Traralgon was closed for some time with west bound traffic on Princess St completely blocked.

East bound traffic on Princes St was down to one lane.

Heavy haulage operators were on site during the night to assist in clearing the scene.

Anyone with information and or dashcam vision of the truck, which was believed to have travelled from Churchill, has been asked to phone Crime Stoppers on 1800 333 000 or log onto www.crimestoppersvic.com.au.