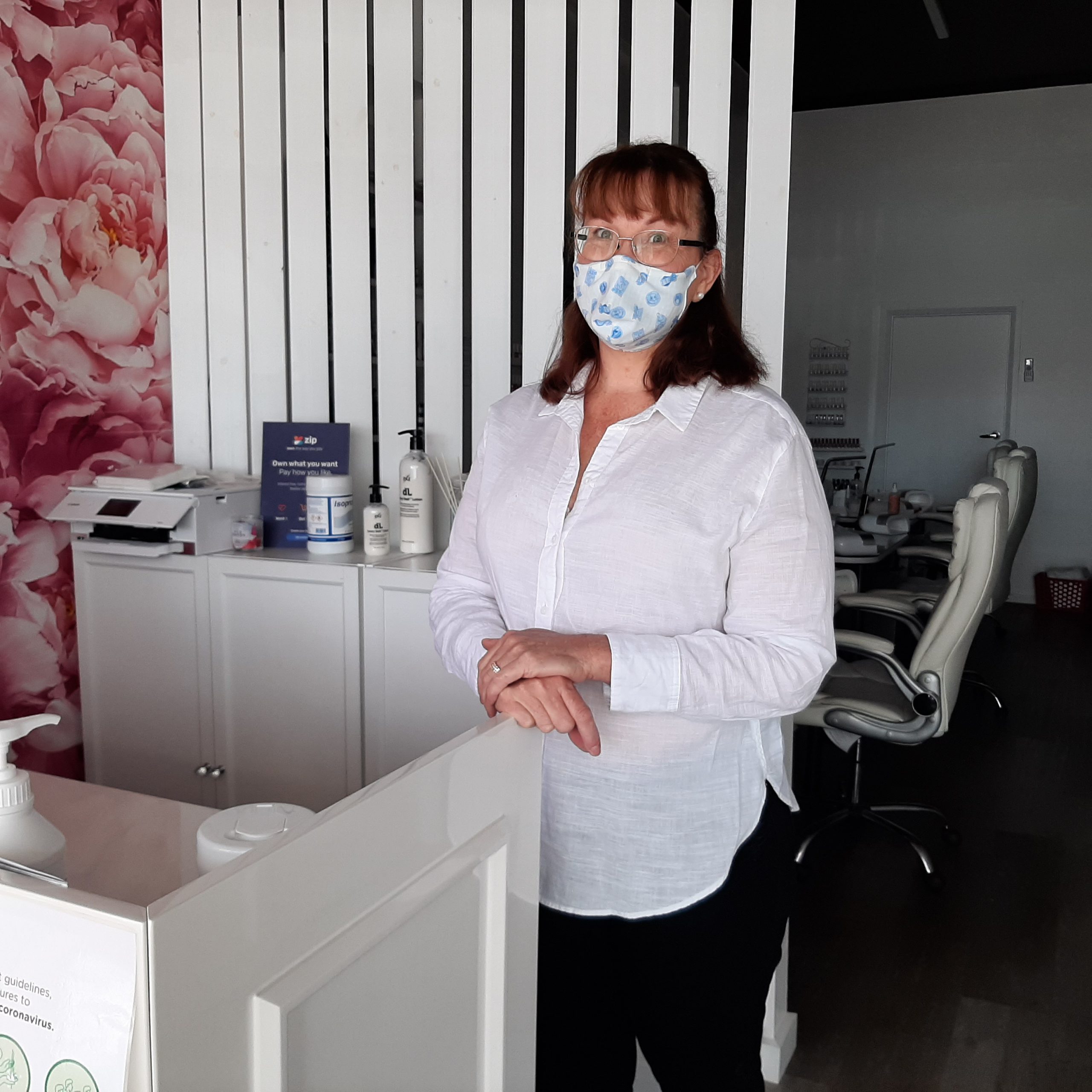 Hopes rules will be relaxed further

LOCAL beauty and nail salon operators could hardly dare to breathe when Premier Daniel Andrews unveiled a U-turn in his coronavirus restrictions ‘roadmap’ plan on Saturday.

Beauty services, which fall under retail, will be able to open under the state government’s third step – as long as face coverings can be worn for the duration of service, similar to hairdressing.

While regional Victoria moved to the second step as of yesterday, Mr Andrews has hinted we may move to step three in “a matter of days”, with a 14-day rolling case number average of 3.9 on Monday.

Under the original plan, beauty salon business would not have been able to resume operations until the last step – which was scheduled for November 23, subject to public health advice, and dependent on zero new cases statewide for 14 days.

That directive angered salon operators, who criticised the inequity in the restrictions that allowed hairdressers in regional Victoria to open on August 5, despite beauty salons being under the same award, and being explicitly trained in infection control.

Nicole Panayiotou from Blush Professional Beauty Touch in Sale said she was shattered when tough stage three restrictions were brought in on August 5, but she had accepted it and made changes to the salon and services in readiness to open in September and comply with COVID health guidelines.

Then, last week’s surprise announcement of a three-step roadmap and further restrictions added disappointment and shock to what had been a “rollercoaster” of a year.

She was hoping Saturday’s press conference would bring some good news, but instead it has added to the uncertainty.

Even when salons can open again, services where a mask cannot be worn, such as facials, will be banned.

“Skins services are our biggest business, so that will cost us dearly,” she said.

Just one week from giving birth, Mrs Panayiotou says she has “no expectations” about restrictions lifting sooner, and feels the people making decisions have little idea of the industry.

“For the Health Minister to say it was decided that people were more attached to their hairdresser than their beauty salon is infuriating,” she said.

“I was so angry at that – it just shows they have no idea what we do, and as an industry we are not being heard.”

Mrs Panayiotou said she was forced to put 600 customers on a waiting list after the last opening date didn’t eventuate.

“Something is better than nothing, but we’re still in limbo, there is still a lot of confusion,” she said.

Maffra’s Polish’d Nail Salon owner Jane Erikson said while some people might think beauty salons were not essential, the uncertainty and isolation of the pandemic made beauty therapy even more relevant, as it provided an outlet away from the home and made them feel good.

“I’m forever being stopped in the supermarket by people telling me how much they miss coming to the salon, and how desperate to come back,” she said.

“They can have that one-on-one communication, and we know how important that is to their wellbeing – it’s their time out.

“We hear their personal stories, but we are far enough removed, not like family, for them to feel they can express things”.

Ms Erikson is hoping the Premier sees common sense and makes an announcement this week that regional Victoria will move to step three.

“Here, we have COVID-safe plans and I’ve even got screens coming to separate clients even more – there is no reason to be closed.”

Emma Thatcher, who runs Solitude Beauty and Wellbeing in Maffra, said the beauty industry had been unfairly treated, and had been “the first to close and the last to open up”.

“I do understand the risks associated with many treatments we perform as beauty therapists, as we are in close contact with clients, however with strict cleaning and infection control protocols – which we did before COVID-19 – I’m not sure how this differs from hairdressers,” she said.

All three operators worry about the difficulty of keeping staff and clients engaged in the business, and what business will look like at the other end.

Ms Panayiotou said it was a very supportive industry to be involved in, where clients were loyal and valued their salon operators who were often a shoulder of support in difficult times.

“So we hope people’s habits won’t be broken when things do go back to normal,” she said.

“Forcing these industries to meet statewide criteria is unfair and widens gender disparity in the workplace,” she said.

Ms Bath said research released by the Australian Bureau of Statistics in May showed during the pandemic, employment loss for women in regional Victoria was at a staggering 78 per cent.

“With such low numbers in regional Victoria and businesses acutely aware of the risk any outbreak will have on their livelihood, they should be allowed to safely reopen earlier.

“If they are to be prevented from opening, Daniel Andrews must release the public health advice he’s used as evidence to this decision.”