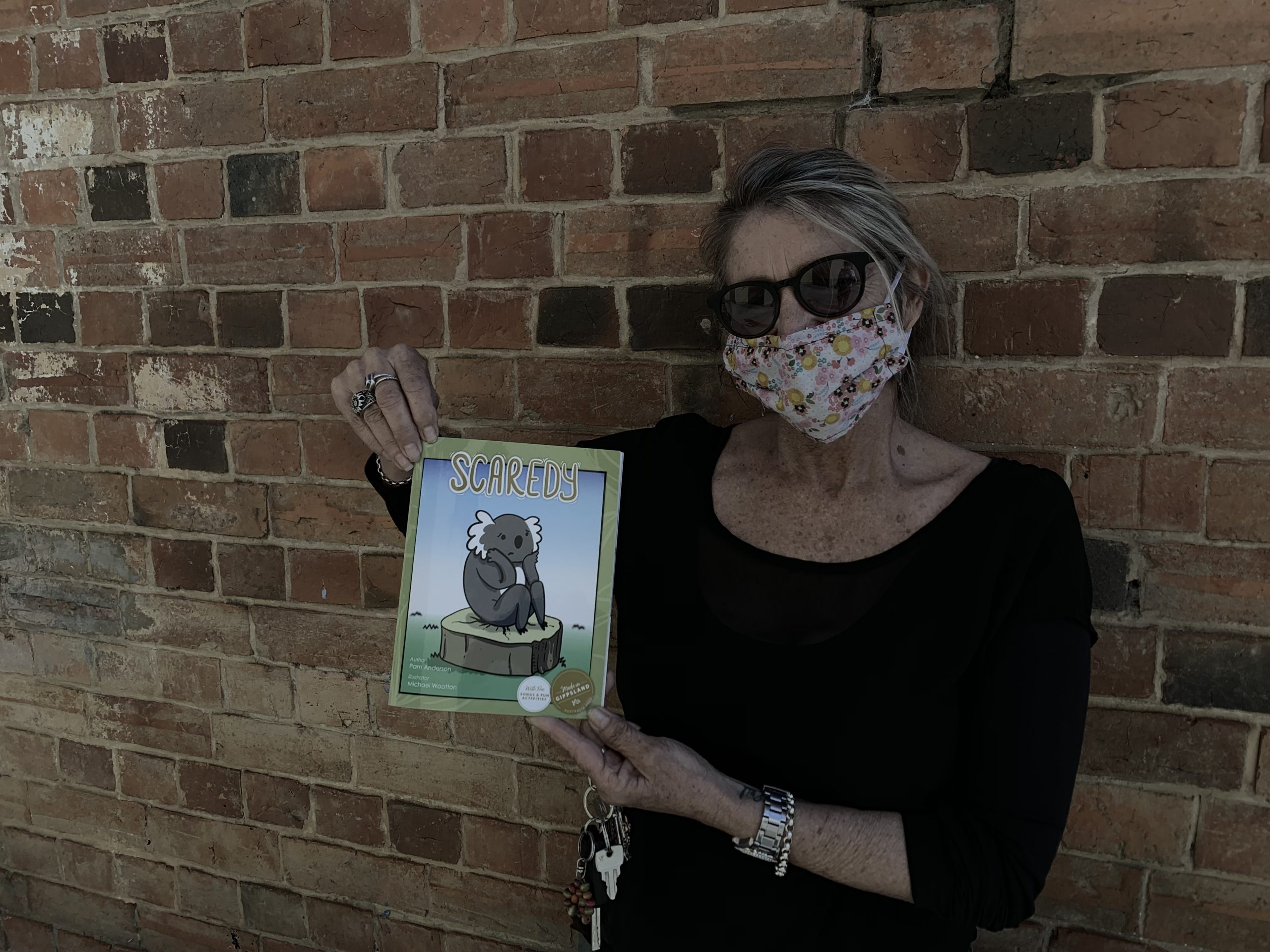 The book tells the story of Scaredy the koala who is afraid of heights, and how his friends help him overcome his fear.

Ms Anderson said she hoped the story would educate young children in accepting people for who they were.

“It’s about teamwork, and he finds out all about true Aussie mateship,” she said.

“It has a lot of those elements of trust.

“It’s a light, fun, quirky little story that not just kids can enjoy, but mum and dad can enjoy.

“It’s not too long, so you can read it to the kids before bed.”

Ms Anderson said it was also suited for the lower primary school age group who were learning to read.

The story reads in a style similar to a Dr Seuss book, and as well as the narrative itself, also acts as a reminder for readers to be on the lookout should they come across endangered wildlife.

“Koalas don’t live under trees, so it’s really important to point out that if they see a koala underneath a tree that it’s possibly injured or sick and they need to ring a local wildlife organisation,” Ms Anderson said.

As a lover of nature, Ms Anderson has also included a number of other features in the book for readers to enjoy, including a song, a koala fact sheet, and colouring-in pages.

Ms Anderson teamed up with Stratford-based artist Michael Wootan, who did the illustrations, and readers will recognise some local bushland represented in the book, including Briagolong redgums.

“It’s difficult to find an illustrator who, pardon the pun, is on the same page as you to get it right and deliver the story the way you want it delivered,” Ms Anderson said.

“But the colour is beautiful – he has done a very good job bringing out the country colours.”

It is hoped the book will be available in local retailers in the next few weeks.

Those wishing to find out more can visit ‘Scaredy by Pam Anderson’ on Facebook.