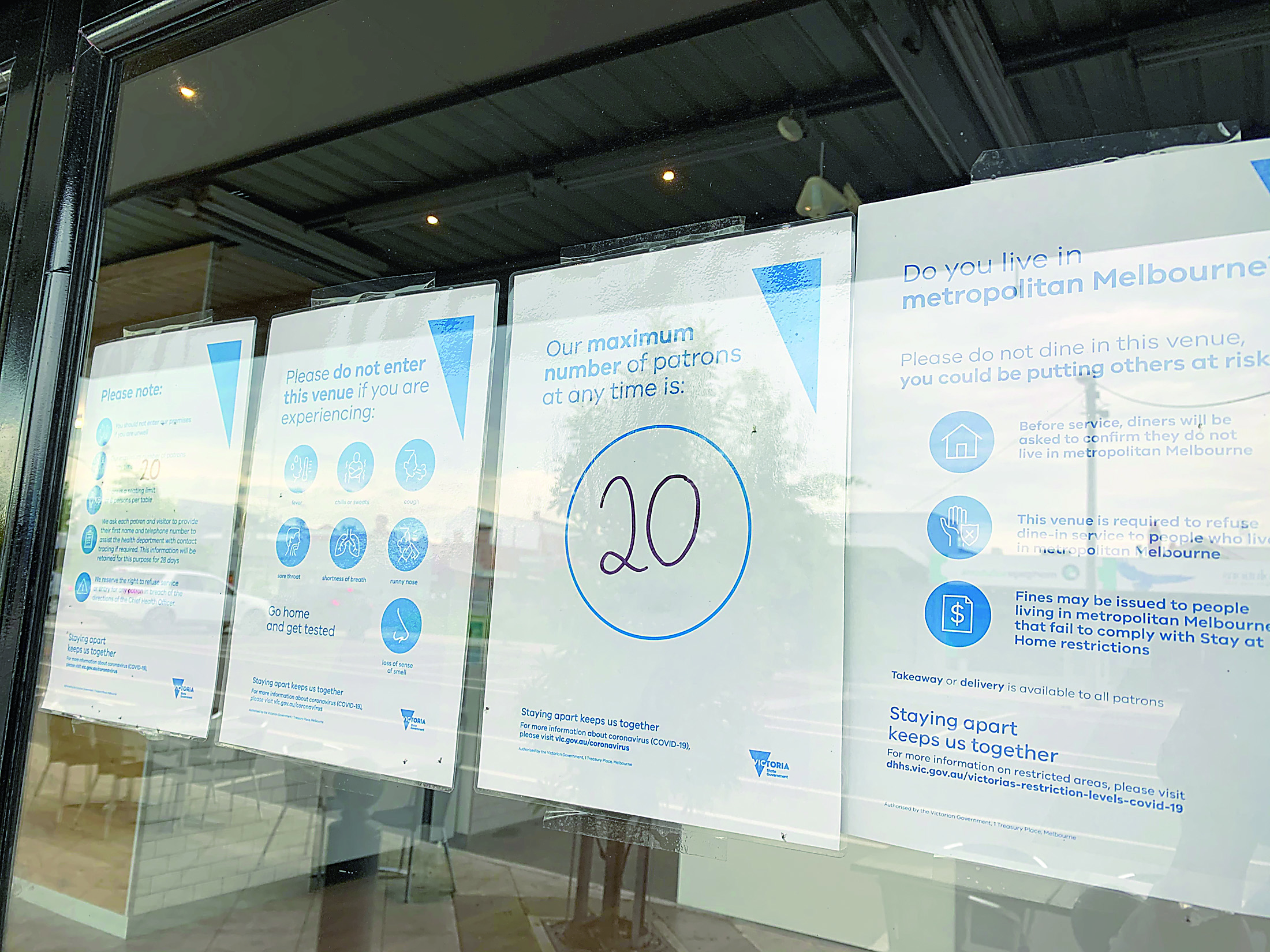 THE state government needs to iron out some of the anomalies, contradictions and inconsistencies with its COVID rules and restrictions, according to some local politicians.

Gippsland South MLA Danny O’Brien has raised concerns in state parliament about confusing restrictions making it difficult for people who want to do the right thing.

“I have been inundated this year with questions and people seeking clarifications about the rules, but in recent weeks this has accelerated due to the number of silly, inconsistent and contradictory rules that have been made,” he said.

“Not only are these restrictions making it difficult for Victorians to comply with the rules, but they are hurting businesses – particularly those in the hospitality sector.”

Mr O’Brien said it was inexplicable that there could be 10 people seated at a table in a restaurant or pub, but only two in a food court.

And why 10 people from a local CWA committee, for example, could meet at a café, but not at a local hall while wearing masks.

He said the hospitality industry in particular was being unfairly affected.

“Venues are limited to 10 people per area, no matter how big the area is, so a small café can have 10 people in an area subject to density limits, but a massive restaurant or pub is also restricted to the same number despite having a much bigger area,” he said.

“Hospitality should only be restricted by the density requirements.

“Like other states we could operate that way to ensure a COVID-safe approach and allow our businesses to serve more local people.”

Mr O’Brien was also critical of what he described as poor and inconsistent government communication and advice.

“For example, the DHHS website states in one paragraph that photographers are included in the 10 person cap for a wedding and then in another, says they are not,” he said.

“I appreciate the government is operating in a complex environment – but Victorians want to be able to do the right thing and the government is making it incredibly difficult with incoherent, inconsistent rules that are confusing us and costing jobs and businesses.”

“The changes I suggest today are simply common sense, remove anomalies or adopt what is working very well in other states,” he told parliament.

“The government needs to look at cinemas.

“It makes no sense.

“For those who are looking to get married, how is it we can have 20 in church for a Mass, but not 20 for a wedding?

“Why are outdoor funerals allowed 50, but outdoor weddings only 10? We need some consistency,” he told parliament.

“I have a ferry service operator and his boat has 100 square metres of floor space, but he is limited to 10 people.

“Tools can be sanitised and social distancing implemented.

“They should be able to operate under the same safe restrictions for the mental health of those who use these terrific facilities.”